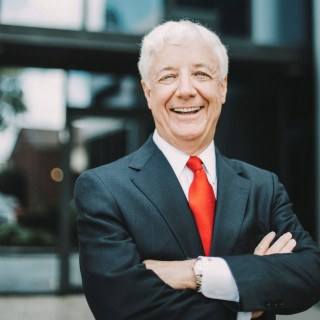 (1 Peer Review)
(800) 804-2502 125 Holmes Ave NW
Huntsville, AL 35801
Free ConsultationHuntsville, AL Animal & Dog Law Lawyer with 10 years of experience
Animal, Construction, Medical Malpractice and Personal Injury
University of Alabama School of Law
Show Preview
View Website View Lawyer Profile Email Lawyer
A Huntsville native, William L. Messervy earned his undergraduate degree from the University of Alabama in Huntsville. He then attended law school at the University of Alabama, where he was the recipient of the Lt. Andrews full scholarship. He received his juris doctorate degree in 2011, Public Interest Certificate, and received the school’s highest award for public service, Order of the Samaritan. Since receiving his juris doctorate, Mr. Messervy has been actively involved in the personal injury practice. He is a member of the Alabama State Bar Association, the...
Compare Save

Claimed Lawyer ProfileLII GoldSocial Media
George Moore
Huntsville, AL Animal & Dog Law Lawyer with 47 years of experience
(800) 240-5770 400 Meridian St. North
Suite 301
Huntsville, AL 35801
Free ConsultationAnimal, Asbestos, Personal Injury and Social Security Disability
University of Alabama - Tuscaloosa
Show Preview
View Website View Lawyer Profile Email Lawyer
George Allen Moore is a highly skilled, successful attorney with more than 40 years of experience. His success has been proven many times during his extensive law practice. George gets great satisfaction from representing average citizens. He is dedicated and has a passion for ensuring that average people get justice in their business affairs or after they have been injured through no fault of their own. George has compassion, skill, and determination.

A dedicated family man, George is married with two children and three grandchildren. Family has always been important to George. He was born and raised on a small farm...
Compare Save

Social Media
Katherine Drake
Birmingham, AL Animal & Dog Law Attorney with 12 years of experience
(205) 970-0800 2 Perimeter Park South #510E
Birmingham, AL 35243
Free ConsultationAnimal, Appeals, Business and Personal Injury
Birmingham School of Law
Show Preview
View Website View Lawyer Profile
Katherine Drake is an attorney practicing personal injury law throughout Alabama with the Drake Law Firm. No representation is made that the quality of legal services to be performed is greater than the quality of legal services to be performed by other lawyers
Compare Save
Animal & Dog Lawyers in Nearby CitiesAnimal & Dog Lawyers in Nearby Counties
FAQ Lawyers Get Listed