Attorney Michael J. Morse is the founder of The Mike Morse Law Firm in Southfield, Michigan. Morse focuses his practice on personal injury law, representing clients who have been injured due to car accidents, truck... Read More »
10.0 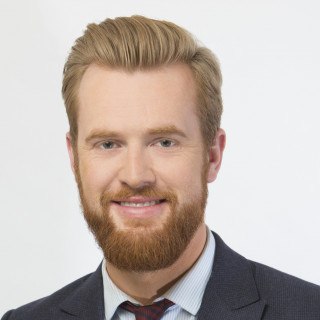 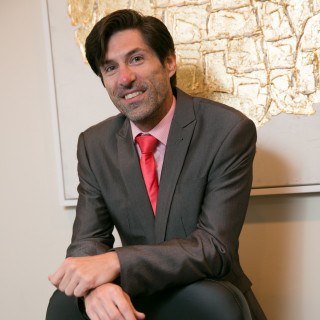 Marcello Pedini is an attorney at Michigan Injury Advocates. He has experience in a broad array of legal areas. His practice areas focus on Personal Injury and Dog Bites. Mr. Pedini received a B.S. from the University... Read More »
10.0


Farmington Hills, MI 48334
Animal, Construction and Social Security Disability
Michigan State University
Compare Save
Show Preview
View Website View Lawyer Profile Email Lawyer
Franci Silver graduated from Oakland University, with a degree in Political Science. After graduating Oakland University, she attended the Detroit College of Law, receiving her Juris Doctorate in 1988. She immediately went to work for a personal injury law firm before coming to work for the Law Offices of Lee B. Steinberg in 1991. During her law practice, she has obtained several jury verdicts and awards against numerous defendants. Ms. Silver specializes in social security disability (SSD) appeals, helping numerous clients obtain SSD awards after initially being denied by the Social Security Administration. She also specializes in premises liability law and...

Claimed Lawyer ProfileSocial Media
Mr. Mark A. Sucher Compare Save
Farmington Hills, MI Animal & Dog Law Attorney with 35 years experience
(248) 539-4900 31500 Northwestern Hwy
Suite 105
Farmington Hills, MI 48334
Free ConsultationAnimal, Insurance Claims, Medical Malpractice and Personal Injury
Michigan State University
Compare Save
Show Preview
View Website View Lawyer Profile Email Lawyer
Born, raised and educated in Michigan. Married with two adult children. Active in local civic and athletic organizations and charities. I have devoted my entire 30 year practice to representing victims of all types of accidental injuries for 30 years. I do not represent large corporations or insurance companies. I help level the battlefield so my clients can take on the biggest and best-funded opponents and still get the compensation they deserve. I never charge my clients to talk to me. I always answer and return calls promptly. Give me a call. Let's talk about your case today.


Farmington Hills, MI 48334
Animal and Personal Injury
Western Michigan University Cooley Law School
Compare Save
Show Preview
View Website View Lawyer Profile Email Lawyer
As a research and writing attorney, Debra Garlinghouse has dedicated herself to the representation of persons who have been seriously injured due to the negligence of others. Ms. Garlinghouse has authored numerous appellate briefs on cases decided by Michigan’s various appellate courts. She is also a member of the Michigan Association for Justice amicus committee, writing and submitting briefs to the Michigan Supreme Court on important issues in personal injury law. She is a member of the State Bar of Michigan and Michigan Association for Justice, and is a founding member of the Southeastern Michigan Chapter of the Cooley Alumni...

Claimed Lawyer Profile
Eric Steinberg Compare Save
Detroit, MI Animal & Dog Law Attorney with 14 years experience
(313) 483-8775 615 Griswold
Ste 700
Detroit, MI 48226
Animal, Construction and Personal Injury
Chicago-Kent College of Law, Illinois Institute of Technology
Compare Save
Show Preview
View Website View Lawyer Profile Email Lawyer
Eric Steinberg graduated from the University of Michigan with a Bachelor in Business Administration in 2001. After graduating, he worked as a financial consultant in Chicago. Not satisfied with spending his days in the financial field, Eric turned to the law. He attended the Chicago-Kent College of Law and earned a law degree in 2006. While receiving his legal education, Eric worked in the employment discrimination law clinic at Chicago-Kent, helping victims of discrimination receive just compensation and peace of mind. Eric joined the Law Offices of Lee B. Steinberg, P.C. full time in 2006. As a member of the Michigan...

Claimed Lawyer ProfileSocial Media
Lawrence J. Buckfire Compare Save
Detroit, MI Animal & Dog Law Attorney
(855) 365-5999 1001 Woodward Ave.
Suite 505
Detroit, MI 48226
Animal, Civil Rights, Elder and Insurance Claims
Wayne State University Law School
Compare Save
Show Preview
View Website View Lawyer Profile Email Lawyer
Lawrence J. Buckfire earned his undergraduate degree in economics from the University of Michigan in 1986 and his juris doctor degree from Wayne State University School of Law in 1989. He is admitted to practice law in the State of Michigan and the State of Ohio. He was recently named a "Best Personal Injury Lawyer" by a Detroit business magaizne. Lawrence has obtained millions of dollars in verdicts and settlements for his injured clients. Mr Buckfire has achieved the highest possible rating for ability and integrity in the legal profession. He specializes in medical malpractice, child lead poisoning, wrongful death, and...

Claimed Lawyer ProfileSocial Media
Brian F. Garmo Compare Save
Troy, MI Animal & Dog Law Attorney
(248) 398-7100 50 W. Big Beaver Road
Suite 240
Troy, MI 48084
Animal, Appeals, Business and Personal Injury
Wayne State University Law School
Compare Save
Show Preview
View Website View Lawyer Profile Email Lawyer
Attorney Brian F. Garmo is committed to excellence. Mr. Garmo offers creative and practical solutions to complicated legal issues. The law offices of Garmo & Kiste have a proven record of success throughout the entire state of Michigan including but not limited to the counties of Oakland, Macomb, Wayne, Lapeer, and Genessee. Unlike many of the larger law firms, we offer personalized attention to each of our clients. We offer solutions that are tailored to fit your own specific needs. We understand how important your matter is. That is precisely why you can speak directly to...

Use Justia to research and compare Canton attorneys so that you can make an informed decision when you hire your counsel.