Claimed Lawyer ProfileSocial Media
David Clark
Lansing, MI Animal & Dog Law Lawyer with 40 years of experience
(517) 575-8131 910 West Ottawa Street
Lansing, MI 48915
Free ConsultationAnimal, Asbestos, Consumer and Criminal
Compare Save
Show Preview
View Website View Lawyer Profile Email Lawyer
David M. Clark is the lead attorney and founder of the Clark Law Office. He started his legal career in South Carolina and eventually became the city prosecutor for Lexington, SC. After learning more about the insurance industry and their "dirty tactics", David moved back to his home state of Michigan and became a civil defense lawyer. David takes pride in his case results and his ability to prepare and try big cases at trial. He worked in Lansing with Fowler, Tuttle, Clark and tried cases in over 20 counties in Michigan and many cases across the nation... 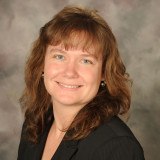 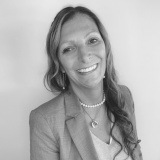 Claimed Lawyer ProfileSocial Media
Lawrence J. Buckfire
Southfield, MI Animal & Dog Law Attorney
(855) 365-5999 29000 Inkster Road
Suite 150
Southfield, MI 48034
Animal, Civil Rights, Elder and Insurance Claims
Wayne State University Law School
Compare Save
Show Preview
View Website View Lawyer Profile Email Lawyer
Lawrence J. Buckfire earned his undergraduate degree in economics from the University of Michigan in 1986 and his juris doctor degree from Wayne State University School of Law in 1989. He is admitted to practice law in the State of Michigan and the State of Ohio. He was recently named a "Best Personal Injury Lawyer" by a Detroit business magaizne. Lawrence has obtained millions of dollars in verdicts and settlements for his injured clients. Mr Buckfire has achieved the highest possible rating for ability and integrity in the legal profession. He specializes in medical malpractice, child lead poisoning, wrongful death, and...

Free ConsultationAnimal, Collections, DUI and Personal Injury
Michigan State University
Compare Save
Show Preview
View Website View Lawyer Profile Email Lawyer
I graduated from Wayne State, with Honors, in 1973. I received my Juris Doctor, Cum Laude, from Detroit College of Law (now MSU Law School). I am a partner in the law firm of Bieber & Czechowski, specializing in Probate and Estate Planning, Personal Injury and Social Security matters. I am an arbitrator and case evaluator for Macomb and Oakland Counties. I am also a current member of BRAG, Anchor Bay Chamber of Commerce and an avid golfer. I was the assistant girl's golf coach for Notre Dame Prep High School (2002-2005).

Use Justia to research and compare Harrison attorneys so that you can make an informed decision when you hire your counsel.