Appeals, Criminal, Divorce and Family
University of Alabama School of Law
Compare Save
Show Preview
View Website View Lawyer Profile Email Lawyer
Shannon Moore was born in Huntsville, Alabama. He is a graduate of Grissom High School and he received his undergraduate degree from the University of Alabama in Huntsville. He went on to get his juris doctorate from the University of Alabama School of Law. Upon graduation from law school in 1998 he went on to found a law firm with a fellow graduate from law school. He has been in the private practice of law since that time. His practice focuses on criminal law, family law, and personal injury. Over the years, Shannon has represented numerous... 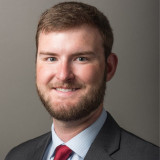 Claimed Lawyer ProfileOffers Video ConferencingQ&ASocial MediaResponsive Law
William Vann Burkett
Madison County, AL Appeals & Appellate Attorney
(256) 539-3110 320 Clinton Avenue East
Huntsville, AL 35801
Free Consultation Offers Video Conferencing Video ConfBusiness, Construction, Personal Injury and Real Estate
Cumberland School of Law, Samford University
Compare Save
Show Preview
View Website View Lawyer Profile Email Lawyer
I was born in Huntsville, Alabama and grew up working in and around my parents’ local small business. I graduated from Randolph School (13’) where I was a member of the inaugural football team. I also played on the golf team and trumpet in the school band. After graduation, I attended Auburn University. I graduated cum laude in 2017 with a Batchelor of Science degree in Business Administration. From there, I attended Cumberland School of Law in Birmingham, Alabama. During my time at Cumberland, I served as a Junior Editor for the Cumberland Law Review and on the board as the...

Claimed Lawyer ProfileSocial Media
Gabrielle Nicole Helix
Madison County, AL Appeals & Appellate Attorney
(256) 489-0595 2117 Whitesburg Drive
Huntsville, AL 35801
Appeals, Criminal, Divorce and Insurance Claims
Birmingham School of Law
Compare Save
Show Preview
View Website View Lawyer Profile
Gabrielle Helix, a native of Huntsville, Alabama, chose to enter law school at Birmingham School of Law after having pursued a successful career as a television journalist and protocol consultant. While in law school, she received the award for Most Outstanding Freshman in 2005 and was the Vice Chancellor of the Sigma Delta Kappa, Legal Honor Society. Gabrielle was also the recipient of an Honor Scholarship. She ultimately graduated summa cum laude from the Birmingham School of Law. Prior to practicing law, Gabrielle worked in Saudi Arabia under the auspice of the Honorable...

Claimed Lawyer Profile
Mr. David Benton King
Cherokee County, AL Appeals & Appellate Attorney
(256) 442-0201 1260 Chesnut Bypass, Suite B
Centre, AL 35960
Appeals, Divorce and Family
Compare Save
Show Preview
View Website View Lawyer Profile Email Lawyer
David graduated from Middle Tennessee State University in 2009 with a major in political science and minor in history. After completing his undergraduate degree, David attended Cumberland School of Law at Samford University in Birmingham. While in law school David took a practical approach to his education, completing multiple courses in trial skills and advocacy, in order to better prepare for litigation matters that may occur during his career. David was a semifinalist in his first ever trial competition as a first-year student at Cumberland. David was also on the Dean’s List in Fall of 2009 and 2010. David was...

Claimed Lawyer Profile
Robert W. Walker
Marshall County, AL Appeals & Appellate Attorney with 37 years of experience
(256) 202-2711 1300 Bettinger Mountain Rd
Union Grove, AL 35175
Appeals, Arbitration & Mediation, Divorce and Estate Planning
Compare Save
Show Preview
View Lawyer Profile Email Lawyer
Attorney Walker graduated in 1983 from the prestigious Suffolk University Law School located in Boston, Massachusetts. Following his graduation, Attorney Walker was admitted to the Massachusetts Bar and was employed in the private sector by a former Massachusetts Superior Court Judge and former Massachusetts Assistant District Attorney until he formed his current firm, Walker & Associates. Attorney Walker remained domiciled and engaged in the practice of law in Massachusetts until he relocated back to his family’s ranch located in Union Grove, Alabama for the purpose of caring for his ailing mother. Upon his return to Alabama, Attorney Walker...

Claimed Lawyer ProfileSocial Media
Mr. Stephen Andrew Strickland
Jefferson County, AL Appeals & Appellate Lawyer with 30 years of experience
(205) 516-2055 2320 Arlington Avenue South
Birmingham, AL 35205
Free ConsultationAppeals, Criminal, Employment and Personal Injury
Cumberland School of Law, Samford University
Compare Save
Show Preview
View Website View Lawyer Profile Email Lawyer
I have over twenty-four (24) years of extensive experience in the areas of civil and criminal law in Alabama’s state and federal courts at both the trial and appellate levels. Specializing in both civil and criminal cases has given me a unique advantage over most attorneys because I have learned techniques that are applicable to both disciplines of the law. For most of my legal career, I have had a BV Rating from Martindale-Hubbell peer review rating. My practice areas have been criminal defense, state and federal appellate practice, particularly with an emphasis on death penalty cases, sexual harassment, employment...

Claimed Lawyer ProfileSocial Media
Edward Still
Jefferson County, AL Appeals & Appellate Attorney with 49 years of experience
(205) 335-9652 429 Green Springs Hwy
STE 161-304
Birmingham, AL 35209
Appeals
University of Alabama School of Law
Compare Save
Show Preview
View Lawyer Profile Email Lawyer
Edward Still has practiced in Alabama and Washington, D.C., since 1971. He was in private practice in Tuscaloosa from 1971 until 1975, then in Birmingham until 1997. He was Director of the Voting Rights Project of the Lawyers’ Committee for Civil Rights Under Law, a non-profit public interest law firm in Washington, D.C. from 1997 until 2001. He was a Special Counsel to the Washington firm of Dickstein Shapiro Morin & Oshinsky LLP in 2001 and 2002. He returned to Birmingham in 2002. Edward Still has nearly 50 years of experience in the field of...

Appeals, Arbitration & Mediation, Business and Employment
University of Texas - Austin
Compare Save
Show Preview
View Website View Lawyer Profile Email Lawyer
Michael L. Jackson’s practice focuses on civil litigation in state and federal courts, particularly in the areas of employment law, and he is experienced in appellate and other post-judgment proceedings, construction law, commercial litigation, arbitration, and other methods of alternative dispute resolution. He graduated from Auburn University and then graduated with honors from the law school at the University of Texas in Austin, Texas. Following his graduation from law school, he served as law clerk to Justice Hugh Maddox of the Supreme Court of Alabama. He is admitted to practice in all federal and state courts in Alabama, the United...