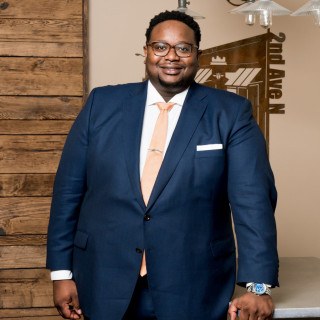 Free ConsultationAppeals, Criminal, Employment and Personal Injury
Cumberland School of Law, Samford University
Compare Save
Show Preview
View Website View Lawyer Profile Email Lawyer
I have over twenty-four (24) years of extensive experience in the areas of civil and criminal law in Alabama’s state and federal courts at both the trial and appellate levels. Specializing in both civil and criminal cases has given me a unique advantage over most attorneys because I have learned techniques that are applicable to both disciplines of the law. For most of my legal career, I have had a BV Rating from Martindale-Hubbell peer review rating. My practice areas have been criminal defense, state and federal appellate practice, particularly with an emphasis on death penalty cases, sexual harassment, employment...

Appeals, Business, Collections and Family
Birmingham School of Law
Compare Save
Show Preview
View Website View Lawyer Profile
Austin Burdick graduated summa cum laude from the University of Montevallo, where he studied History. He then attended the Birmingham School of Law at night and worked full time during the day to support his young family. Austin graduated in the top third of his class in law school. While attending law school Austin worked for Merrill Legal Solutions were he gained valuable courtroom and deposition experience as a trial consultant. As a trial consultant, Austin consulted on high profile cases including Richard Scrushy v. HealthSouth. After four years with Merrill Austin entered private practice with a local law firm. After...

Claimed Lawyer Profile
Mr. David Benton King
Etowah County, AL Appeals & Appellate Attorney
(256) 442-0201 2100 Club Drive, Suite 150
Gadsden, AL 35901
Appeals, Divorce and Family
Compare Save
Show Preview
View Website View Lawyer Profile Email Lawyer
David graduated from Middle Tennessee State University in 2009 with a major in political science and minor in history. After completing his undergraduate degree, David attended Cumberland School of Law at Samford University in Birmingham. While in law school David took a practical approach to his education, completing multiple courses in trial skills and advocacy, in order to better prepare for litigation matters that may occur during his career. David was a semifinalist in his first ever trial competition as a first-year student at Cumberland. David was also on the Dean’s List in Fall of 2009 and 2010. David was...

(1 Peer Review)
(334) 759-7557 127 S. 8th St.
Opelika, AL 36801
Free ConsultationLee County, AL Appeals & Appellate Attorney
Appeals, Criminal, Family and Personal Injury
University of Alabama School of Law and University of Alabama - Birmingham
Compare Save
Show Preview
View Website View Lawyer Profile Email Lawyer
Backed by an extensive education and years of experience, founder Barbara H. Agricola values each and every client and offers her clients a level of service and attention that is rarely experienced in the industry. Understanding not only Alabama and Georgia law but its personal implications, Barbara provides long-term advocacy and legal guidance that is designed to protect the interests, goals, and objectives of each client. With open and consistent communication being held as key to building a successful client/attorney relationship, Barbara focuses her every effort at remaining personally involved and available to her clients at all times.

In addition to Social Security work, Jason helps workers with employment...
Next
Appeals & Appellate Lawyers in Nearby Cities
FAQ Lawyers Get Listed