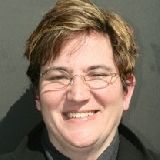 Claimed Lawyer Profile
Jackie Cardinali
Waterville, ME Appeals & Appellate Attorney with 11 years of experience
(207) 361-4700 PO Box 1837
Waterville, ME 04903
Free ConsultationAppeals, Bankruptcy, Business and Consumer
University of Washington School of Law and Franklin Pierce Law Center
Compare Save
Show Preview
View Website View Lawyer Profile Email Lawyer
My primary focus in my practice is assisting taxpayers with tax debt resolution. I help my clients by eliminating tax debt when I can, or, arranging affordable tax debt repayment of actual tax liability. I find it extremely rewarding when I watch the relief overcome people during an initial consultation when they learn about their options and strategies available to manage tax debt. As Judge Learned Hand pointed out, "there is nothing sinister in so arranging affairs as to keep taxes as low as possible."

Claimed Lawyer ProfileSocial Media
David G. Webbert
Augusta, ME Appeals & Appellate Lawyer with 35 years of experience
(207) 623-5110 160 Capitol Street
P.O. Box 79
Augusta, ME 04332
Free ConsultationAppeals, Business, Civil Rights and Employment
Harvard Law School
Compare Save
Show Preview
View Website View Lawyer Profile Email Lawyer
David G. Webbert specializes in employment, civil rights, and complex litigation. He graduated magna cum laude from both Yale College in 1982 and Harvard Law School in 1985, where he was an editor of the Harvard Law Review. David clerked for Judge Kenneth W. Starr of the U.S. Court of Appeals for the D.C. Circuit and practiced for 5 years with a leading litigation firm in D.C. He has been listed three times as one of only five Maine lawyers on Super Lawyers list of the Top 100 lawyers in New England. David is also listed in The Best Lawyers... 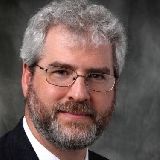 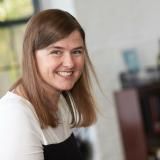 Claimed Lawyer ProfileQ&ASocial Media
Albert Hansen
Kennebunk, ME Appeals & Appellate Lawyer with 23 years of experience
(207) 467-3767 62 Portland Rd., Ste. 44
Kennebunk, ME 04043
Free ConsultationAppeals, Criminal, DUI and Family
Widener University Delaware School of Law
Compare Save
Show Preview
View Website View Lawyer Profile Email Lawyer
Attorney Hansen's practice areas include DWI and criminal defense, divorce and family law, as well as civil litigation, including court-approved factoring transactions. He graduated from Bates College in 1991 and Delaware Law School in 1996. He is licensed in NH, ME, and MA. As a former prosecutor and criminal contract attorney for NH and ME, Al has extensive courtroom experience with numerous jury and non-jury trials under his belt. He is a member of the NH, ME, and National Associations of Criminal Defense Lawyers, National College for DUI Defense, as well as the NH Bar Association's... 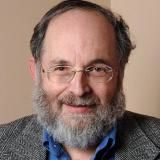 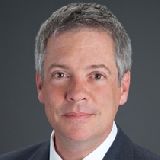 Claimed Lawyer ProfileQ&ASocial Media
Joe Lewis
Portland, ME Appeals & Appellate Lawyer with 9 years of experience
(207) 210-6559 10 Moulton Street
4th Floor
Portland, ME 04101
Free ConsultationAppeals, Divorce, Estate Planning and Family
University of Maine - School of Law
Compare Save
Show Preview
View Website View Lawyer Profile Email Lawyer
I graduated with honors from The University of Maine School of Law. My practice focuses primarily on three areas: Family Law, Estate Planning, and Appeals. I set up Port City Legal with the idea that a small law firm effectively serving the regular legal needs of regular people with intelligence ~and~ compassion could do very nicely here in Portland, ME. Six years later, the idea has proved true. Along the way, I have enjoyed many successes both in and out of the courtroom. My client reviews have been excellent. I've won five of...

Claimed Lawyer Profile
Mr. Richard Lyman Hartley
Bangor, ME Appeals & Appellate Lawyer with 23 years of experience
(207) 941-0999 15 Columbia Street, Ste. 301
Bangor, ME 04401
Free ConsultationAppeals, Criminal, DUI and Juvenile
University of Maine School of Law
Compare Save
Show Preview
View Website View Lawyer Profile Email Lawyer
I grew up on the shores of Sebec Lake in rural Maine. I attended Princeton University and then returned to Maine with the intention of practicing law. My entire 15 year career has been spent in the Courtroom litigating criminal cases - first as a prosecutor and now for 10 years defending persons charged with crimes in both State and Federal Courts throughout the State. 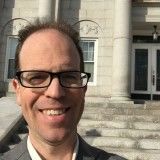 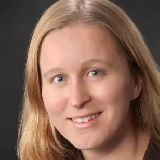