Free ConsultationOffers Video ChatAppeals, Business, Immigration and White Collar Crime
Capital University Law School
Compare Save
Show Preview
View Website View Lawyer Profile Email Lawyer
Ali is a trilingual attorney (English, Arabic, & Spanish) licensed in Ohio. His diverse professional and cultural experiences afford him a unique perspective when it comes to problem solving. He prides himself on working efficiently and diligently, being respectful to colleagues and clients, and ensuring excellent results. He has previous experience in business law, public policy, criminal, divorce, and immigration law, and is eager to assist clients and the community with their legal needs!

Free ConsultationAppeals, Criminal, DUI and Domestic Violence
Compare Save
Show Preview
View Website View Lawyer Profile Email Lawyer
Adam Lee Nemann grew up in Allentown, Pennsylvania, and moved to Ohio to pursue his education. After graduating from the University of Cincinnati, with an enthusiasm for law and public speaking, he attended Capital University Law School. It was during law school that Nemann thrust himself into the world of trial advocacy. By day, he worked in a prominent criminal defense firm preparing to defend the accused, by night, he attended law school and volunteered for mock trial and trial advocacy clinics. Nemann obtained a limited license to practice law while an intern, representing his own...


Appeals, Criminal, DUI and Juvenile
Capital University Law School
Compare Save
Show Preview
View Website View Lawyer Profile Email Lawyer
Bradley P. Koffel is currently one of the Top 50 lawyers in Columbus (Ohio Super Lawyers) and is one of only three lawyers in Ohio listed in "Best Lawyers in America" for DUI / OVI. He has also been awarded the highest rating by Martindale-Hubbell.


Free ConsultationAppeals, Criminal and DUI
Capital University Law School
Compare Save
Show Preview
View Website View Lawyer Profile Email Lawyer
Mr. Wolfe is a lifelong resident of the Columbus area, having grown up in Worthington and graduating with honors from the Ohio State University with a Bachelor's of Science in Economics. He then attended Capital University Law School, where he obtained his Juris Doctorate in 2008. He twice studied law at Oxford University, in 2003 and 2006. While in law school, he worked at the Columbus City Prosecutor's Office. Upon being admitted to practice law in 2008, he went into private practice, working for 5 years at the firm Cooper & Pennington Co., LPA, where he specialized... 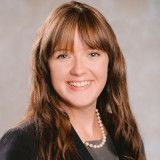 Free ConsultationAppeals, Administrative, Business and Tax
Capital University Law School
Compare Save
Show Preview
View Website View Lawyer Profile Email Lawyer
A former United States Army Reserve Specialist who earned his law degree from Capital University Law School, Damion is accustomed to achieving success through hard work and a desire to be the best. He believes the key to winning a case is a lawyer's ability to think on his or her feet and substantial preparation. Prior to joining James E. Arnold & Associates, Damion was an Associate Assistant Attorney General with the Ohio Attorney General's Office and handled numerous matters before the Ohio Board of Tax Appeals, the State Medical Board of Ohio, and local courts of common... 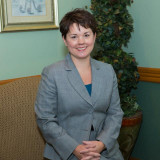 
Appeals, Divorce, Domestic Violence and Family
Compare Save
Show Preview
View Website View Lawyer Profile Email Lawyer
Chris L. Trolinger was born in Springdale, Arkansas. He attended the University of Arkansas where he was elected to Phi Beta Kappa and graduated magna cum laude, having been awarded the Harold Hantz scholarship given to the most outstanding philosophy student in the Philosophy Department. He received his Juris Doctor from The Ohio State University Moritz College of Law in 2008 and awarded the Arthur James Seelye Small Business Law Award for excellence in business law. During law school, he served as Chief Symposium Editor on the Entrepreneurial Business Law Journal and was a member of the Jessup International Law... 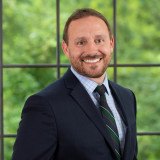 Free ConsultationAppeals, Criminal, DUI and Domestic Violence
Compare Save
Show Preview
View Website View Lawyer Profile Email Lawyer
Koenig & Owen, LLC is one of the top criminal defense law firms in Columbus, Ohio. Our attorneys have an outstanding track record of success in the Columbus criminal courts. Charles Koenig and Jim Owen have over 50 years of combined experience, during which they have handled some of the toughest cases in Ohio. 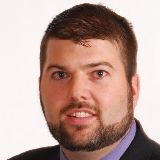