Claimed Lawyer ProfileSocial Media
Donald E Knapp, Jr.
Birmingham, AL Bankruptcy Lawyer with 16 years of experience
(205) 409-4404 2100 Southbridge Parkway
Birmingham, AL 35209
Free ConsultationBankruptcy, Business, Personal Injury and Probate
William H. Bowen School of Law
Compare Save
Show Preview
View Website View Lawyer Profile Email Lawyer
As the managing partner and founder of Knapp Law Firm and Knapp and Associates, I manage a team of skilled lawyers, legal professionals and support staff representing clients in multiple states across the Southeastern United States. Being licensed in seven states, a host of federal jurisdictions, a member of the United States Supreme Court Bar and operating four offices allows us to provide the best legal representation possible for our clients through the use of cutting edge technology, required continuing education for our professionals and having only the best people on our team. Whether our clients... 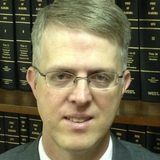 Prattville, AL 36066
Free ConsultationBankruptcy, Criminal and Family
University of Alabama School of Law
Compare Save
Show Preview
View Website View Lawyer Profile Email Lawyer
I have a wide-range of experience from working as: (1) an associate for a year with a defense law firm in Birmingham, Alabama, where I was assigned to many complex civil law suits; (2) an Assistant Attorney General for the State of Alabama for three years handling death penalty appeals; and (3) a US Army lawyer (JAG) since 2002 (with more than 4 years on active duty to include two deployments to the Middle East). Since 2007, I have been in private practice in Prattville, Alabama. My law firm focuses on immigration, bankruptcy, criminal defense,...

Birmingham, AL 35203
Free ConsultationBankruptcy and Foreclosure Defense
Birmingham School of Law
Compare Save
Show Preview
View Website View Lawyer Profile Email Lawyer
Soon after receiving her J.D. from the Birmingham School of Law, Paula Greenway opened up her own law firm where she now helps individuals who are struggling with substantial amounts of debt. As a bankruptcy lawyer, she strives to effectively assist her clients so that they can make the best financial decision for their situation. Due to her many years of experience, Paula is licensed to practice in the federal courts for the Northern and Southern districts of Alabama as well as the Alabama Supreme Court. She is currently a member of the National Association of Consumer Bankruptcy Attorneys and... 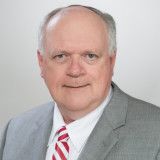 (1 Peer Review)
(334) 361-8550 921 E Main St
Prattville, AL 36066
Free ConsultationPrattville, AL Bankruptcy Lawyer with 34 years of experience
Bankruptcy, Business and Foreclosure Defense
Cumberland School of Law, Samford University
Compare Save
Show Preview
View Website View Lawyer Profile Email Lawyer
Creditor harassment is stressful. It is hard to deal with repetitive threats of legal action and wage garnishment late at night or early in the morning. Often, it can feel like new debt accumulates faster than you are able to pay it off. For those who have overwhelming amounts of consumer or medical debt, bankruptcy can be a helpful way to get a fresh start. Experienced Montgomery bankruptcy lawyer Charles Grainger can help you deal with consumer bankruptcy through Chapter 7 or Chapter 13 proceedings. He also helps Alabama businesses struggling with debt by helping them file for bankruptcy under...

Birmingham, AL 35203
Free ConsultationBankruptcy and Social Security Disability
Birmingham School of Law
Compare Save
Show Preview
View Website View Lawyer Profile Email Lawyer
Alex Johnson was born in Ozark, Alabama. He graduated magna cum laude from Troy University with a Bachelor’s degree in Criminal Justice and a minor in Anthropology. Alex received his Juris Doctor degree from Birmingham School of Law and became a member of the Alabama state Bar in 2012. He is currently licensed to practice law in all Alabama state courts and all Federal Courts in Alabama. Alex joined Brock and Stout in March of 2013, and his primary area of practice has been Social Security Disability since that time. He is a member of the National Scholars Honor Society...

Birmingham, AL 35205
Bankruptcy, Personal Injury and Products Liability
Mississippi College School of Law
Compare Save
Show Preview
View Website View Lawyer Profile Email Lawyer
Joshua is a life-long resident of Birmingham, Alabama. He is a 2004 graduate of Mississippi College School of Law and is founder and partner of Snable Law, LLC. Joshua is a current member in good standing with the Alabama State Bar and the Birmingham Bar Association. He is licensed to practice in all state and federal courts in Alabama. He is a member of the Alabama Association for Justice (formerly, Alabama Trial Lawyers Association), National Association of Consumer Advocates and Phi Delta Phi International Legal Fraternity. Joshua was named to Birmingham Magazine's Top Attorneys for 2016.


Mountain Brook, AL 35223
Free ConsultationBankruptcy, Divorce, Estate Planning and Family
Compare Save
Show Preview
View Website View Lawyer Profile Email Lawyer
I believe that every client deserves quality affordable representation. My goal is to provide such representation to anyone in need. I offer estate planning packages beginning at $500 per couple and Chapter 7 Bankruptcy for $1200 inclusive of attorney fees and filing fees. For more information please visit my website. 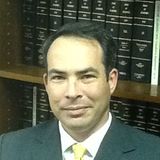 Birmingham, AL 35209
Bankruptcy, Business, Collections and Estate Planning
Cumberland School of Law, Samford University and Cumberland School of Law, Samford University
Compare Save
Show Preview
View Website View Lawyer Profile Email Lawyer
The Attorneys at Cloud Willis & Ellis provide large firm legal service with the small firm feel. For more than a decade, Cloud Willis & Ellis has supported the business and real estate community both in Alabama and abroad. The success of our clients as well as our firm is largely attributed to our commitment to our core principles. At Cloud Willis & Ellis, we analyze our clients’ legal issues using an add-value approach with an eye fixed on results. We are deeply committed to customer service and dedicated to serving the business, commerce and real estate communities. From structuring...