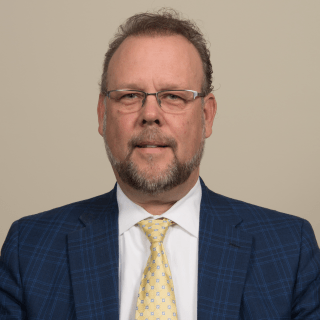 Claimed Lawyer ProfileSocial Media
Sara J. Doty
Huntsville, AL Bankruptcy Lawyer with 13 years of experience
(256) 519-9970 4725 Whitesburg Drive South
Suite 202
Huntsville, AL 35802
Free ConsultationBankruptcy
Birmingham School of Law
Compare Save
Show Preview
View Website View Lawyer Profile Email Lawyer
Sara is passionate about helping families plan for the future and protect what is most important to them. This includes implementing estate plans, as well as assisting clients to address more complex planning situations such as planning for loved ones with special needs, estate tax planning, income tax planning, asset protection, adoptions and step-parent adoptions. Always willing and able to explain complicated legal concepts clearly and concisely, Sara is skilled at working with her clients to ensure their plan will work now and in the future. Sara is a member of the Alabama State Bar as well as the United...

Free ConsultationBankruptcy
Cumberland School of Law, Samford University
Compare Save
Show Preview
View Website View Lawyer Profile Email Lawyer
If you are ready to discuss the benefits of consumer bankruptcy with a lawyer who has more than 30 years of experience, Jack B. Sabatini is ready to speak with you. Mr. Sabatini looks forward to meeting you, listening carefully to your problems, and working with you to move toward the brighter day your family deserves.

Free ConsultationBankruptcy, Foreclosure Defense and Social Security Disability
Thomas Goode Jones School of Law, Faulkner University
Compare Save
Show Preview
View Website View Lawyer Profile Email Lawyer
Amy K. Tanner concentrates her law practice in the area of consumer bankruptcy law in the Huntsville and Decatur offices of the firm and is a shareholder in several of the Bond and Botes, P.C. offices located throughout the southeast.

Claimed Lawyer Profile
James R Howison
Huntsville, AL Bankruptcy Lawyer with 18 years of experience
(256) 882-5673 807-C Shoney Drive
Huntsville, AL 35801
Bankruptcy, Collections, Foreclosure Defense and Landlord Tenant
Samford University
Compare Save
Show Preview
View Lawyer Profile Email Lawyer
Born and raised in Huntsville, Alabama, I am a graduate of the University of Alabama in Huntsville (1998) and the Samford University Cumberland School of Law (2002). I am licensed to practice law in the State of Alabama and have been admitted before the Federal District Court for the Northern, Middle and Southern Districts of Alabama.

Claimed Lawyer ProfileSocial MediaResponsive Law
Joshua Chad Snable
Birmingham, AL Bankruptcy Attorney with 16 years of experience
(205) 939-0780 2737 Highland Avenue South
Birmingham, AL 35205
Bankruptcy, Personal Injury and Products Liability
Mississippi College School of Law
Compare Save
Show Preview
View Website View Lawyer Profile Email Lawyer
Joshua is a life-long resident of Birmingham, Alabama. He is a 2004 graduate of Mississippi College School of Law and is founder and partner of Snable Law, LLC. Joshua is a current member in good standing with the Alabama State Bar and the Birmingham Bar Association. He is licensed to practice in all state and federal courts in Alabama. He is a member of the Alabama Association for Justice (formerly, Alabama Trial Lawyers Association), National Association of Consumer Advocates and Phi Delta Phi International Legal Fraternity. Joshua was named to Birmingham Magazine's Top Attorneys for 2016.