Claimed Lawyer ProfileSocial Media
Randall Carver
Rome, GA Bankruptcy Lawyer with 12 years of experience
(706) 295-7376 401 Broad St.
Ste. 102
Rome, GA 30161
Free ConsultationBankruptcy and Social Security Disability
Cumberland School of Law, Samford University and The University of Georgia School of Law
Compare Save
Show Preview
View Website View Lawyer Profile Email Lawyer
Randall Carver graduated cum laude from the University of Georgia with a bachelor’s degree in Economics in 2005 and obtained his law degree from the Cumberland School of Law at Samford University in 2008. Since then, he has concentrated his practice on consumer bankruptcy where he worked for one of Atlanta’s largest consumer bankruptcy firms managing their Rome division.
Over his career, Mr. Carver has helped thousands of clients gain control over their finances and protect their property. Mr. Carver aggressively represents his clients’ interests by pursuing unscrupulous creditors who illegally harass borrowers and violate the Fair Debt Collections Practices Act.

Free ConsultationBankruptcy, Business, Consumer and Foreclosure Defense
Compare Save
Show Preview
View Website View Lawyer Profile
Brian R. Cahn, North Georgia Bankruptcy Attorney Serving Dallas, Cartersville, Calhoun & Dalton. Attorney Brian R. Cahn devotes a significant portion of his legal practice to helping the people of northwest Georgia obtain relief from debt. He handles consumer bankruptcies under Chapters 7 and 13 of the U.S. Bankruptcy Code, as well as business bankruptcies under Chapter 11. He also assists clients in debt settlement, rebuilding credit and foreclosure defense. Creditor harassment is often an immediate concern for those with financial difficulties, and he knows how to stop the calls and collection notices that torment his clients. The bankruptcy law group at... 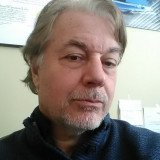 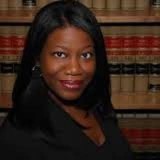 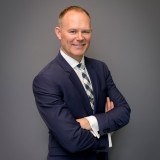 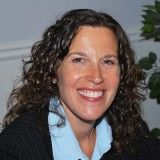 Claimed Lawyer ProfileSocial Media
Susan Schmeidler Blum
Atlanta, GA Bankruptcy Lawyer
(770) 393-4985 1854 Independence Square Suite A
Atlanta, GA 30338
Free ConsultationBankruptcy
Georgia State University College of Law
Compare Save
Show Preview
View Website View Lawyer Profile Email Lawyer
With my Bankruptcy law practice in Chapter 7 and Chapter 13 bankruptcies, I feel the immediate impact I have on people’s lives. I see people who need immediate help with dire financial and personal situations. With my directed advice, I am able to resolve clients’ immediate problems. With my counsel and suggestions, I am able to put clients on a path towards financial wholeness that they might have never experienced before. I see my role as a bankruptcy attorney as more than just filing a petition. I provide a comprehensive level of service and attention. I hold my clients’ hands... 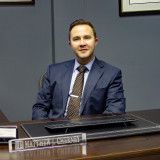 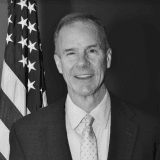 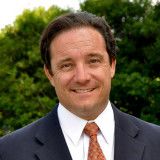 Bankruptcy, Criminal, Divorce and Family
John Marshall L.S. (Atlanta)
Compare Save
Show Preview
View Website View Lawyer Profile Email Lawyer
I have been honored and privileged to serve the citizens of Georgia for over twenty years as a criminal defense, civil litigation, divorce, custody and family law attorney. I have served as President of the North Fulton Bar Association, am a proud Fellow of the Paul Harris Foundation of Rotary International and am currently an active member of the National and Georgia Associations of Criminal Defense Lawyers and the State Bar of Georgia Family Law Section. 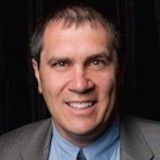 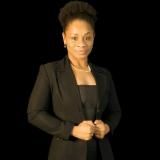 Claimed Lawyer ProfileOffers Video ConferencingSocial MediaResponsive Law
James Morgan Setters
Dalton, GA Bankruptcy Lawyer with 26 years of experience
(706) 529-4783 1419 Chattanooga Ave
Dalton, GA 30720
Offers Video Conferencing Video ConfBankruptcy, Consumer, Criminal and Foreclosure Defense
John Marshall L.S. (Atlanta)
Compare Save
Show Preview
View Website View Lawyer Profile Email Lawyer
Taking care of my client is what I do best. I dedicate my time to you. I obtained my BS degree from Trevecca University’s Physician Assistant program in 1983. Afterwards, I obtained by Doctorate of Jurisprudence from John Marshall Law School and started practicing law.dalton bankruptcy attorneyI am admitted to practice law in the State and Federal Courts of Georgia, the Eastern District of Tennessee and the US Court of Appeals for the Six Circuit. I currently practice in the Northern, Middle and Southern Districts of Georgia, as well as, the Eastern District of Tennessee. I have more than...

Claimed Lawyer Profile
Frank Emilio Martinez
Atlanta, GA Bankruptcy Lawyer with 25 years of experience
(770) 541-1050 1827 Powers Ferry Rd.
Atlanta, GA 30339
Free ConsultationBankruptcy, Family, Foreclosure Defense and Immigration
Mercer Univ-W.George L.S
Compare Save
Show Preview
View Lawyer Profile
A graduate of the Walter F. George School of Law at Mercer University, Macon, Georgia, Frank E. Martinez, Esq. is a bilingual Spanish / English speaker. El abogado habla español. A member of the State Bar of Georgia, he is admitted to practice before the United States Supreme Court, the Eleventh Circuit Court of Appeals, Federal District Courts for the Northern and Middle Districts of Georgia, the Bankruptcy Courts of the Northern District and Middle District of Georgia, and all Georgia State and Superior Courts, as well as the Immigration Court (EOIR), and Board of Immigration Appeals. 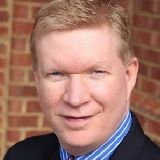 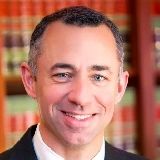 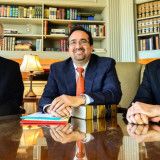 Claimed Lawyer ProfileSocial Media
Howie Slomka
Vinings, GA Bankruptcy Attorney with 26 years of experience
(404) 445-1631 125 Townpark Dr Suite 300
Vinings, GA 30144
Free ConsultationBankruptcy, Divorce, Family and Personal Injury
Georgetown University
Compare Save
Show Preview
View Website View Lawyer Profile Email Lawyer
Founding Partners, Adam Slipakoff and Howard “Howie” Slomka have both worked in large and small law firms and with high-end clients as well as small. Quickly, they both came to realize that working with smaller clients gave them a sense of connected purpose and satisfaction that goes with helping people on a personal level. Using their experience to simplify needlessly complex processes, they found a love for guarding clients, from further trepidation and strife.
There will always be a place in the world for traditional “by the book”, black and white, logic-driven law firms. Adam and Howie simply believe their clients... 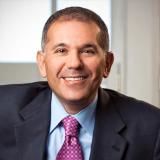 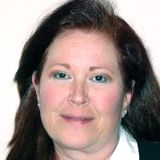 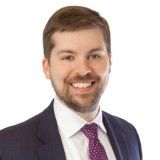 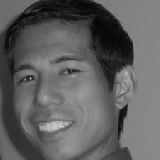 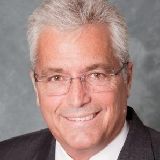 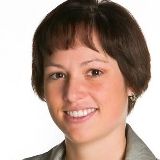 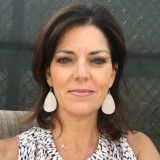