Claimed Lawyer ProfileSocial Media
Julie Ann O'Bryan
Okolona, KY Bankruptcy Lawyer with 38 years of experience
(502) 962-7575 9311 Preston Hwy.
Okolona, KY 40229
Free ConsultationBankruptcy, Divorce, Estate Planning and Personal Injury
University of Louisville
Show Preview
View Website View Lawyer Profile Email Lawyer
Julie graduated from Spalding University in 1982 with a degree in Business Administration with a minor in mathematics. She received her law degree from the University of Louisville in 1985. She spent her last semester of law school at Hastings University in San Francisco where she interned for the Department of Corporations. She became a member of the California Bar Association in 1985 and the Kentucky Bar Association in 1987.

Claimed Lawyer ProfileSocial Media
Joseph Scott Wantland
Shepherdsville, KY Bankruptcy Lawyer with 20 years of experience
(502) 957-0000 319 S Buckman St
Shepherdsville, KY 40165
Free ConsultationBankruptcy, Divorce, Family and Personal Injury
Show Preview
View Website View Lawyer Profile Email Lawyer
Award winning attorney Scott Wantland of WANTLAND LAW, PLLC understands the legal needs of the families in our own community. People are turning to us more and more these days for advice about bankruptcy, divorce, personal injury, traffic violations and estate planning. Scott Wantland takes care of things so you can stop worrying. He has helped families with the tough stuff like divorce, bankruptcy, child custody and serious injury claims from his office in Shepherdsville. To learn how Wantland Law can advise you about your legal rights and practical options for all kinds of problems, contact us...
Compare Save 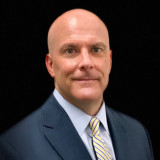