Claimed Lawyer ProfileSocial Media
Zachary A. Horn
Frankfort, KY Bankruptcy Lawyer with 9 years of experience
(502) 223-1200 300 Whitaker Bank Building
PO BOX 1100
Frankfort, KY 40602
Bankruptcy, Business, Collections and Insurance Defense
University of Kentucky College of Law
Show Preview
View Website View Lawyer Profile Email Lawyer
Zachary is a Member in the law office of Kirkland, Cain & Horn, PLLC, where he practices in the areas of civil litigation, business law, banking, creditors' rights, and bankruptcy. Zachary is a graduate of Transylvania University, where he graduated with honors, and of the University of Kentucky College of Law, where he served on both the Moot Court Board and Bankruptcy Moot Court Board.

Zachary has extensive experience representing businesses and financial institutions both in-house and in private practice. Zachary represents individuals and businesses throughout the state in civil litigation, general business matters, foreclosure and security enforcement actions, and...
Compare Save 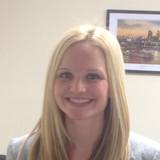 Claimed Lawyer ProfileSocial Media
Joseph Scott Wantland
Shepherdsville, KY Bankruptcy Lawyer with 18 years of experience
(502) 957-0000 319 S Buckman St
Shepherdsville, KY 40165
Free ConsultationBankruptcy, Divorce, Family and Personal Injury
Show Preview
View Website View Lawyer Profile Email Lawyer
Award winning attorney Scott Wantland of WANTLAND LAW, PLLC understands the legal needs of the families in our own community. People are turning to us more and more these days for advice about bankruptcy, divorce, personal injury, traffic violations and estate planning. Scott Wantland takes care of things so you can stop worrying. He has helped families with the tough stuff like divorce, bankruptcy, child custody and serious injury claims from his office in Shepherdsville. To learn how Wantland Law can advise you about your legal rights and practical options for all kinds of problems, contact us...
Compare Save

Claimed Lawyer ProfileSocial Media
Charlotte A. Nickerson
Lawrenceburg, KY Bankruptcy Attorney with 13 years of experience
(502) 839-0004 148 South Main Street
Lawrenceburg, KY 40342
Bankruptcy, Divorce, Family and Foreclosure Defense
University of Kentucky College of Law
Show Preview
View Website View Lawyer Profile
Charlotte A. Nickerson is a founding member of the law firm of Nickerson Watts, PLLC. Ms. Nickerson graduated from Indiana University in 2003 with a degree in Journalism. She obtained her Juris Doctor in 2007 from the University of Kentucky School of Law, where she was a member of Moot Court and the Trial Advocacy Board. Following her graduation from law school, Ms. Nickerson clerked for Judge O. Reed Rhorer of the Franklin Family Court for a year before entering private practice. Ms. Nickerson ultimately joined the firm of S. Marie Hellard, P.S.C. in 2010, where she worked as an...
Compare Save