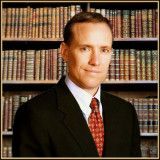 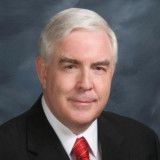 Claimed Lawyer Profile
Ferrell Adkins
Elizabethtown, KY Bankruptcy Attorney with 40 years experience
(270) 765-7181 312 North Mulberry Street, Suite 6
Elizabethtown, KY 42701
Bankruptcy, Criminal, Divorce and Personal Injury
Compare Save
Show Preview
View Lawyer Profile Email Lawyer
I am a general practice attorney but prefer auto injury accident cases, serious criminal cases, divorce cases, adoption cases and bankruptcy cases. I have practiced law in Kentucky state and federal courts for over 40 years. I started young. Still have plenty of energy left. I am a graduate of Morehead State University and the University of Kentucky College of Law. I am licensed in all courts of the state and the 6th Circuit Federal Court of Appeals. I have appeared in the District Federal Courts of the state in Ashland, Pikeville,...

Claimed Lawyer ProfileQ&ASocial Media
Nick Curtis Thompson
Louisville, KY Bankruptcy Lawyer with 31 years experience
(502) 625-0905 800 Stone Creek Parkway Suite 6
Louisville, KY 40223
Free ConsultationBankruptcy and Foreclosure Defense
Mississippi College
Compare Save
Show Preview
View Blog View Lawyer Profile Email Lawyer
Nick Practices Bankruptcy and Foreclosure Defense primarily in the Louisville Kentucky and Southern Indiana Bankruptcy Courts. He has been an assistant county attorney in Bullitt County and an assistant attorney general who assigned to the tax department. His license is #51 and he was one of the first 50 attorney generals invited to the US Tax Court. He sat for the CPA exam and studied accounting at Indiana University but his love is for the law. He defends foreclosure cases and is known for his work in bankruptcy. He co-authored the book and has...

Claimed Lawyer Profile
Laura Day DelCotto
Louisville , KY Bankruptcy Lawyer with 33 years experience
(855) 875-4698 312 S Fourth St
Louisville , KY 40202
Free ConsultationBankruptcy and Business
University of Kentucky College of Law
Compare Save
Show Preview
View Website View Lawyer Profile Email Lawyer
I have worked with many business owners, entrepreneurs and corporate management for over 30-plus years, in the times when their businesses are facing difficult financial situations. Our Firm works closely with both corporate and individual clients to analyze their options to reorganize and restructure, whether outside of court or in a chapter 11 proceeding, or to maximize liquidations for the benefit of all the stakeholders. I also work with high-net-worth individuals who may need to explore chapter 11 options for themselves on a personal level; all types of creditors in chapter 11 cases; insiders...


Louisville, KY 40211
Free ConsultationBankruptcy
University of Louisville
Compare Save
Show Preview
View Website View Lawyer Profile Email Lawyer
Come in for a free bankruptcy consultation with me and see if bankruptcy is right for your specific situation. We thrive on giving our clients the best possible financial relief through Chapter 7 and Chapter 13, as well as help build their financial security in the future.

Claimed Lawyer ProfileSocial Media
Julie Ann O'Bryan
Okolona, KY Bankruptcy Lawyer with 35 years experience
(502) 962-7575 9311 Preston Hwy.
Okolona, KY 40229
Free ConsultationBankruptcy, Divorce, Estate Planning and Personal Injury
University of Louisville
Compare Save
Show Preview
View Website View Lawyer Profile Email Lawyer
Julie graduated from Spalding University in 1982 with a degree in Business Administration with a minor in mathematics. She received her law degree from the University of Louisville in 1985. She spent her last semester of law school at Hastings University in San Francisco where she interned for the Department of Corporations. She became a member of the California Bar Association in 1985 and the Kentucky Bar Association in 1987.


Louisville, KY 40223
Free ConsultationBankruptcy, Business, Consumer and Personal Injury
University of Louisville
Compare Save
Show Preview
View Website View Lawyer Profile Email Lawyer
Jon-Michael Murphy received his Juris Doctor degree from the University of Louisville Brandeis School of Law in 2009. While attending the University of Louisville Brandeis School of Law, Jon-Michael worked as a law clerk for Bubalo, Hiestand & Rotman, PLC, a volunteer teacher for the Central High School Street Law Program, and volunteered in the Legal Aid Society's Self-help Clinic. In 2010, Jon-Michael formed his own law practice in Louisville, Kentucky. As a solo practitioner, Jon-Michael focused his practice on Bankruptcy, Family Law, Landlord/Tenant Law, and Business Law. After building his own legal practice for...

Louisville, KY 40202
Free ConsultationBankruptcy, Collections, Consumer and Foreclosure Defense
Compare Save
Show Preview
View Website View Lawyer Profile Email Lawyer
John is a first generation attorney originally from the west side of Cleveland, OH, now residing in La Grange, KY. He comes from a blue-collar family and has worked many blue-collar type jobs, including landscaping, pizza delivery, general labor, lifeguarding, and garbage collection. Through working these jobs John has learned the value of hard work, loyalty and dedication. As your Louisville and Southern Indiana attorney, John has the training and experience to handle your legal problems.

Claimed Lawyer ProfileSocial Media
Joseph Scott Wantland
Shepherdsville, KY Bankruptcy Lawyer with 17 years experience
(502) 957-0000 319 S Buckman St
Shepherdsville, KY 40165
Free ConsultationBankruptcy, Divorce, Family and Personal Injury
Compare Save
Show Preview
View Website View Lawyer Profile Email Lawyer
Award winning attorney Scott Wantland of WANTLAND LAW, PLLC understands the legal needs of the families in our own community. People are turning to us more and more these days for advice about bankruptcy, divorce, personal injury, traffic violations and estate planning. Scott Wantland takes care of things so you can stop worrying. He has helped families with the tough stuff like divorce, bankruptcy, child custody and serious injury claims from his office in Shepherdsville. To learn how Wantland Law can advise you about your legal rights and practical options for all kinds of problems, contact us... 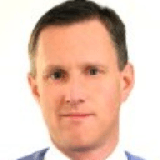 Prospect, KY 40059
Bankruptcy, Estate Planning, Personal Injury and Tax
New York University School of Law and University of Kentucky College of Law
Compare Save
Show Preview
View Website View Lawyer Profile Email Lawyer
LOUISVILLE ATTORNEY DEDICATED TO PROVIDING ATTENTIVE CIVIL REPRESENTATION: Darby Smith has practiced for over 15 years in the Commonwealth of Kentucky and handles a broad range of civil matters and disputes for both individuals and businesses. As an attorney he is dedicated to always conducting a thorough examination of the facts, evidence and circumstances so that he can tailor his representation both to your specific needs and to the situation. His goal in acting as a lawyer in all civil matters is to achieve favorable results for his clients in a timely, cost-sensitive manner. He truly believes in...