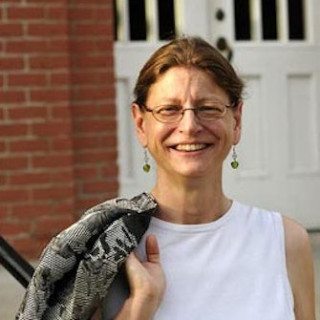 Claimed Lawyer ProfileBlawg SearchSocial Media
Rachel Lynn Foley
Independence, MO Bankruptcy Lawyer with 27 years of experience
(816) 472-4357 4016 S Lynn Ct Dr.
Independence, MO 64055
Bankruptcy, Consumer and Traffic Tickets
Creighton University School of Law
Show Preview
View Blog View Lawyer Profile Email Lawyer
Rachel established Foley Law which is also known as KC Bankruptcy. She dedicates over 90% of her time to the practice of consumer bankruptcy law. Her undergraduate training was mainly in the sciences and medicine. However,it was the freedom of debt described in Deuteronomy 15:1-2 that called her into the ever evolving world of bankruptcy. Rachel’s passion is to achieve freedom from debt for her clients enabling them to obtain a fresh start. She uses this fact! Walt Disney filed bankruptcy in the Western District of Missouri, without this bankruptcy Mickey Mouse may never have been...
Compare Save 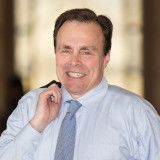 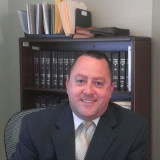 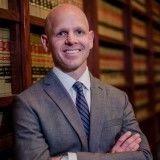 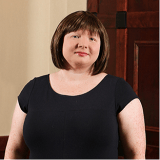 Claimed Lawyer ProfileSocial Media
Jennifer Dodson
Kansas City, MO Bankruptcy Lawyer
(816) 977-2763 435 Nichols Road
Suite 200
Kansas City, MO 64112
Free ConsultationBankruptcy and Estate Planning
Loyola University New Orleans
Show Preview
View Website View Lawyer Profile
ennifer Dodson is the founding member of Law Office of Jennifer Dodson. Jennifer began her career with a large national firm, where she focused in the practice area of consumer Bankruptcy, both personal and small business. Having represented over thousands of Debtors in both Kansas and Missouri she has vast experience in all aspects and intricacies in the field of Bankruptcy and asset protection.Jennifer received her degree in Political Science and Religious Studies with a Minor in Sociology from University of Denver in 2005 where she graduated with Honors. While in college Jennifer interned for a Bankruptcy Trustee in Colorado,...
Compare Save 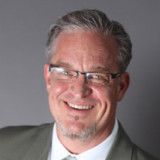 Jeff is of counsel to Boyd, Kenter, Thomas and Parrish, LLC and the firm has deep experience in worker's compensation, products liability, complex personal injury, and labor and employment law. With the power of our team, we can handle almost any legal problem.

Free ConsultationBankruptcy and DWI
University of Missouri - Kansas City School of Law
Show Preview
View Website View Lawyer Profile Email Lawyer
I have been in practice for 35 years. I formerly served as a Prosecutor in the Kansas City Municipal Court. I have appeared in virtually all courts in the area. I am more than willing to talk to you free of charge about your traffic or DUI tickets. I actually return my phone call as soon as possible unlike most attorneys. My fees are reasonable as well. Give me a call.
Compare Save 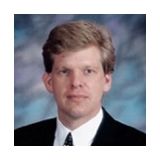 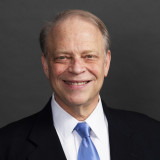 Claimed Lawyer ProfileBlawg SearchSocial Media
Neil S. Sader
Kansas City, MO Bankruptcy Lawyer with 38 years of experience
(816) 561-1818 2345 Grand Blvd
Suite 2150
Kansas City, MO 64081
Free ConsultationBankruptcy, Foreclosure Defense and Real Estate
University of Kansas School of Law
Show Preview
View Website View Lawyer Profile Email Lawyer
Neil Sader is a Kansas City bankruptcy attorney. A University of Kansas law school graduate, Neil has been practicing law in the Kansas City area since 1984. Though born in Connecticut, Neil spent most of his childhood in the Midwest and is proud to call Kansas City home. He maintains several professional distinctions: the highest rating possible from Martindale-Hubbell, Super Lawyers Awards in both Missouri and Kansas from 2006 through the present, and a 10-year nomination for the Better Business Bureau. Neil is the managing partner The Sader Law Firm, which is located across from Union Station in downtown Kansas...
Compare Save 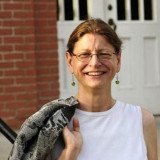 Claimed Lawyer ProfileOffers Video ConferencingLII GoldSocial Media
Anne V. Kiske
Kansas City, MO Bankruptcy Lawyer with 28 years of experience
(816) 256-5440 10525 N Ambassador Dr
Suite 208
Kansas City, MO 64153
Free ConsultationOffers Video ConferencingVideo ConfBankruptcy, Divorce, Estate Planning and Family
Washington University School of Law
Show Preview
View Website View Lawyer Profile Email Lawyer
At the Kiske Law Office, LLC, my philosophy is to empower my clients through compassionate representation. I do this first by creating a low-key and casual office environment that encourages you to “come as you are.” The changes you are facing in your life as a result of the issues that have caused you to seek a Family Law Attorney are stressful enough without the additional worry about the pretense of “going to the lawyer’s.” My clients are usually very happy with this approach because it allows them to worry only about the immediate situation...
Compare Save 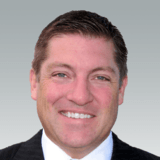 Claimed Lawyer ProfileSocial Media
Jason C. Amerine
Kansas City, MO Bankruptcy Lawyer with 21 years of experience
(816) 842-6200 811 Grand Blvd.
Suite 101
Kansas City, MO 64106
Free ConsultationBankruptcy, Personal Injury, Social Security Disability and Workers' Comp
University of Missouri - Kansas City School of Law
Show Preview
View Website View Lawyer Profile Email Lawyer
I became an attorney because of my desire to assist individuals in need. Creditors and insurance companies have many resources at their disposal, and I feels my clients should be adequately represented. My firm has helped thousands of clients to put their lives back on track.
Compare Save 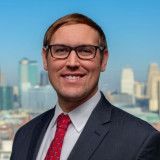 Skepnek's legal career took shape through advocating for his clients. He got an early start putting his analytical and communication skills to work as a litigator. By tackling diverse areas of the law, he found he enjoyed collaborating across industries to find solutions for complex legal problems. He especially enjoys the opportunities bankruptcy law...
Compare Save 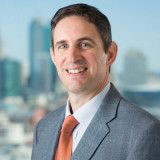 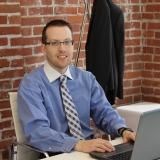 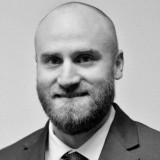 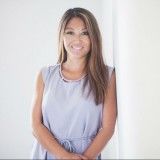 It’s a historical time in our country as Missouri became the 33rd state to legalize medical cannabis. We are proud to play an important role in the implementation of Article XIV the way Missouri voters intended…ensuring Patients’ Right to Access Medical Cannabis.

Amendment 2 passed by an overwhelming 65% of the voters in November 2018 making Missouri the 33rd state to legalize medicinal use. As advocates for patient access to medicinal cannabis, we have been involved from the beginning by participating in the historic public forums, industry events, educating...
Compare Save 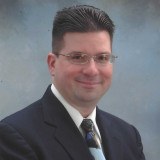 Jason was admitted to the Missouri Bar in September 2001. Before practicing law exclusively in the area of bankruptcy, Jason had worked for the Missouri Attorney General's office in Criminal Appeals. Jason is a member of the Missouri Bar Association, American...
Compare Save

Free ConsultationOffers Video ConferencingVideo ConfGladstone, MO Bankruptcy Attorney with 16 years of experience
Bankruptcy and Consumer
University of Missouri - Kansas City
Show Preview
View Website View Lawyer Profile Email Lawyer
Attorney Ryan D. Knipp was born in Kansas City and graduated from the University of Missouri-Kansas City Law School in 2006. After graduating from law school, he went to work at a high-volume bankruptcy firm in downtown Kansas City. In addition to handling hundreds of bankruptcy cases, Ryan also specialized in litigation against creditors for improper debt collection, inaccurate credit reporting, and other post-bankruptcy violations. Through his work handling bankruptcy cases and suing abusive creditors, he developed the idea of the “Complete Bankruptcy,” which is the model Knipp Law uses to ensure every client gets the fresh start they...
Compare Save 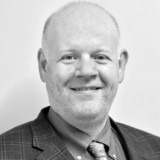 Bankruptcy and Consumer
Marquette University Law School
Show Preview
View Website View Lawyer Profile Email Lawyer
Attorney Michael J. Maloney is a managing partner with Watton Law Group’s bankruptcy department. In addition to his consumer bankruptcy practice, Mr. Maloney has successfully held debt collectors, payday lenders, and banks accountable for consumer law violations in federal, state, and bankruptcy courts. Mr. Maloney received his law degree from Marquette University in 2004 and is admitted to practice in Wisconsin, Utah, and Missouri state courts and federal courts in the Eastern and Western Districts of Wisconsin, District of Utah, Eastern and Western Districts of Missouri, the Southern District of Illinois, District of Colorado, and the District of Kansas. To...
Compare Save 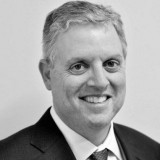 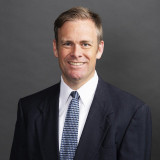 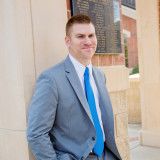 Prior to attending Washburn, I served in both the United States Marine Corps and the United Sates Navy. My goal as an attorney is to provide you with the kind of dedication and attention to detail demanded by military service. Additionally, time in...
Compare Save 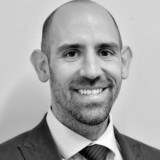 Bankruptcy
Marquette University Law School
Show Preview
View Website View Lawyer Profile Email Lawyer
Attorney Timothy H. Hassell is a partner at Watton Law Group. He concentrates his legal practice on assisting consumers through bankruptcy matters. Mr. Hassell received his law degree from Marquette University in 2010 and his undergraduate degree in Economics from Brigham Young University in 2007. Mr. Hassell admitted to practice in the state courts of Missouri and Wisconsin, as well as in the federal courts in the Eastern and Western Districts of Missouri, the Eastern and Western Districts of Wisconsin, the Southern District of Illinois, and the District of Colorado. Contact Watton Law Group today to schedule a consultation with...
Compare Save 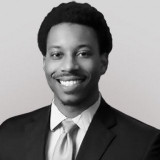