Free ConsultationBankruptcy, Consumer, Foreclosure Defense and Tax
University of Nebraska - Lincoln
Show Preview
View Website View Lawyer Profile Email Lawyer
Sam Turco Law Offices is devoted to representing individuals and businesses in the United States Bankruptcy Court. We are bankruptcy and debt settlement attorneys with offices in Omaha and Lincoln, Nebraska. Our office has represented thousands of customers in bankruptcy court. Sam Turco is a member of the National Association of Consumer Bankruptcy Attorneys and the American Bankruptcy Institute. He is a member of the Nebraska and Iowa bar associations, and has been a speaker at various bankruptcy conferences.
Compare Save

Claimed Lawyer ProfileSocial Media
John A. Lentz
Lincoln, NE Bankruptcy Lawyer with 12 years of experience
(402) 421-9676 650 J ST., STE 215B
Suite B
Lincoln, NE 68508
Free ConsultationBankruptcy, Business and Estate Planning
University of Nebraska - Lincoln
Show Preview
View Website View Lawyer Profile Email Lawyer
John Lentz chose the legal profession later in life because he wanted a challenging and rewarding career where he could help people in unfortunate situations and help people plan in order to avoid those same circumstances in the future. John graduated from the University of Nebraska College of Law, receiving a Juris Doctorate with Distinction in 2010. He also holds a Master of Arts in Philosophy. While in law school, John received CALI Excellence for the Future Awards in Bankruptcy, Secured Transactions, Business Planning, and Native American Law Seminar....
Compare Save

Claimed Lawyer ProfileSocial Media
David Lepant
Beatrice, NE Bankruptcy Lawyer
(402) 223-4071 119 N 5th Street
Beatrice, NE 68310
Bankruptcy, Business, Estate Planning and Probate
Show Preview
View Website View Lawyer Profile Email Lawyer
David Lepant graduated from the University of Nebraska at Kearney, Summa Cum Laude, with a degree in Business Administration. He was associated for eighteen years with Miller and Paine Department Stores in a variety of positions including store management and a member of the corporate executive management team. After Miller and Paine sold its stores to Dillards, Dave pursued his legal career, obtaining a Juris Doctor with Distinction degree from the University of Nebraska College of Law in 1993. In law school, Dave was Chairman of the Allen Moot Court Board and a member of the Order of the Barristers.Dave...
Compare Save 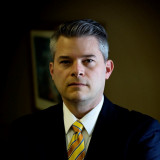 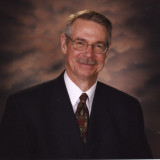