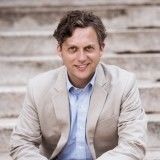 Claimed Lawyer ProfileSocial Media
Rod Kight Compare Save
Asheville, NC Bankruptcy Lawyer with 20 years experience
(828) 255-9881 84 Walnut Street, Suite 201
Asheville, NC 28801
Bankruptcy and Business
University of South Carolina School of Law
Compare Save
Show Preview
View Website View Lawyer Profile Email Lawyer
I am an advocate and representative for businesses focusing in the industrial hemp and legal cannabis industry. I am the author of "Cannabis Business Law", a legal business primer for industry professionals and lawyers alike, and the firsts such book of its kind. I have been focusing all of my advocacy efforts to promotion of and legalization efforts for the last 5 years, backed by nearly two decades as a business, corporate, and bankruptcy lawyer. Over the years, I have helped thousands of businesses and individuals reorganize and thrive.

I am passionate about music and play guitar every... 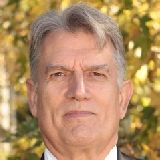 Claimed Lawyer ProfileSocial Media
Joshua Bradley Farmer Compare Save
Rutherfordton, NC Bankruptcy Lawyer with 15 years experience
(877) 254-4555 187 North Washington Street
Post Office Box 632
Rutherfordton, NC 28139
Free ConsultationBankruptcy, Business, Consumer and Foreclosure Defense
University of North Carolina School of Law
Compare Save
Show Preview
View Website View Lawyer Profile Email Lawyer
Joshua B. Farmer was born in Hendersonville, North Carolina, but has lived in Rutherford County since 1986. Upon his admission to the bar, Josh joined the firm of Tomblin and Perry Attorneys in Spindale, North Carolina. Currently, Josh is a partner in Tomblin, Farmer & Morris, PLLC. Since beginning his practice, Josh has been serving the citizens of Western North Carolina and Upstate South Carolina for their legal needs. His practice focuses on bankruptcy matters and civil litigation. This includes representing individual and business debtors in bankruptcy in their Chapter 7 and Chapter 13 matters. ...

Claimed Lawyer ProfileSocial Media
Kenneth Love Compare Save
Charlotte, NC Bankruptcy Lawyer with 13 years experience
(888) 465-1891 324 Rensselaer Avenue
Charlotte, NC 28203
Bankruptcy, Family and Foreclosure Defense
University of Cincinnati College of Law
Compare Save
Show Preview
View Website View Lawyer Profile Email Lawyer
I am originally from Fort Bragg, North Carolina. I graduated Magna Cum Laude from North Carolina Central University in 2003 with a Bachelors of Arts in Political Science and Psychology. I obtained my Juris Doctorate degree from the University of Cincinnati College of Law in 2006. I than began work with Legal Aid of North Carolina. While at Legal Aid, I served as a staff attorney representing clients in housing, employment, education, and consumer matters. I also served as the director of Legal Aid’s statewide Bankruptcy team. In October of 2011, I began work with Mike Lewis Attorneys. There... 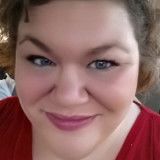 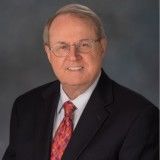 Raleigh, NC 27612
Free ConsultationBankruptcy
Harvard Law School and Yale Law School
Compare Save
Show Preview
View Website View Lawyer Profile Email Lawyer
Douglas Wickham is one of the most experienced bankruptcy attorneys in the Raleigh, North Carolina area. He has been certified as a specialist in both consumer and business bankruptcy by the North Carolina State Bar since 1987. He is admitted to practice in North Carolina, as well as before all North Carolina federal courts and the U.S. Court of Appeals for the 4th Circuit.


Knightdale, NC 27545
Free ConsultationBankruptcy and Consumer
University of North Carolina School of Law
Compare Save
Show Preview
View Website View Lawyer Profile Email Lawyer
Erich has lived in North Carolina his entire life, and takes great pride in helping his fellow North Carolinians--individuals, families, and small businesspersons. Much of his practice is devoted to assisting people who have trouble with debt. A knowledgeable bankruptcy lawyer, he counsels clients on whether filing bankruptcy is their best option, and carefully guides them through the bankruptcy process. Erich also represents clients in debt-related non-bankruptcy litigation, including collections defense and unfair debt collection. Drawing on his experience as a bankruptcy law clerk, Erich can assist individuals and business that are parties to bankruptcy litigation, including defense of...

Greenville, NC 27858
Free ConsultationBankruptcy, Consumer, Divorce and Family
Wake Forest University School of Law
Compare Save
Show Preview
View Website View Lawyer Profile Email Lawyer
EDWIN HARDY has been practicing law for over 27 years. With more than 27 years experience at bankruptcy, he has over 2500 bankruptcies successfully filed to help people. He is a former member of the N.C. General Assembly as a State Representative in the N.C. House of Representatives where he served as Chairman of the Judiciary Committee. He has served on the N.C. Courts Commission and the Governor's Crime Commission. He is a past Chairman of the Board of Trustees of Beaufort Regional Health Systems which operated Beaufort County Medical Center. He has also served as President of the Beaufort...

Goldsboro, NC 27530
Free ConsultationBankruptcy, Consumer, Foreclosure Defense and Social Security Disability
Wake Forest University School of Law
Compare Save
Show Preview
View Lawyer Profile Email Lawyer
I have been practicing bankruptcy law and consumer law for over twenty years. In addition to looking at the relief that bankruptcy can offer, I also look for claims to assert against creditors. I will pursue claims against creditors for violations of the Fair Debt Collections Act, the North Carolina debt collection statute, Truth in Lending and RESPA violations. I also pursue mortgage servicing abuses arising under Regulation X. I am a board certified specialist in consumer bankruptcy law. I am also a two-time graduate of Max Gardner's nationally featured "bankruptcy boot camp" and have...


Gastonia, NC 28054
Free ConsultationBankruptcy, Divorce, Personal Injury and Real Estate
Quinnipiac University School of Law
Compare Save
Show Preview
View Website View Lawyer Profile Email Lawyer
I relocated to Gastonia, NC after having had a successful solo law practice in Fairfield County, CT for 14 years. I am bi-lingual (Spanish/English).My office prides itself on zealously representing clients in multiple areas of law in a professional manner. Over the years we have successfully represented individuals and small businesses. We treat everyone with dignity and respect regardless of race, ethnicity, or socio economic status.