Free ConsultationBankruptcy, Criminal and Divorce
Regent University School of Law
Compare Save
Show Preview
View Website View Lawyer Profile Email Lawyer
The Law Firm of John W. Lee, PC has office locations in Newport News, Hampton, Chesapeake, Norfolk, and Virginia Beach. We have six experienced attorneys on staff that focus their practice in the areas of bankruptcy, family law, criminal defense, and estate planning. With over 90 years of combined legal experience our attorneys are ready to help you face your legal challenges.
Our attorneys have helped thousands of people eliminate debt through the bankruptcy process. If you are struggling with garnishments, repossessions, collection calls, or foreclosure you should call us...

Claimed Lawyer ProfileQ&A
Jeanne T Anderson
Newport News, VA Bankruptcy Attorney with 14 years of experience
(757) 806-4771 P.O. Box 12922
Newport News, VA 23612
Bankruptcy, Divorce and Immigration
College of William and Mary
Compare Save
Show Preview
View Lawyer Profile Email Lawyer
Jeanne primarily focuses her practice on immigration law. Jeanne has personal experience with applying for benefits through the former INS- now U.S. Citizenship & Immigration Services. She understands the angst that foreign clients feel when faced with an unfamiliar and confusing set of laws. Jeanne's goal is to make the law accessible to her clients and to make the process as seamless as possible.

Bankruptcy
Compare Save
Show Preview
View Website View Lawyer Profile Email Lawyer
I've been practicing law in Norfolk, Virginia for 26 years. I originally came to Norfolk to play soccer for Old Dominion on a full scholarship. I then went to the Marshall-Wythe School of Law at the College of William & Mary where I received my Juris Doctor in 1987. I immediately returned to Norfolk and began working for the Law firm Kellam, Pickrel, Cox & Tayloe. After becoming a partner in my firm and working bankruptcy cases for the next 21 years, I became an expert in my field and decided it was time to manage my own law firm.... 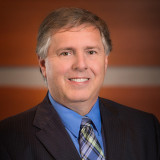 Bankruptcy
Compare Save
Show Preview
View Website View Lawyer Profile Email Lawyer
Neil Winchester has been a practicing law in Norfolk since 1986. He started as a general practice attorney. Over the years, his main practice areas include Consumer Bankruptcy cases, uncontested divorces and simple wills/powers of attorney. 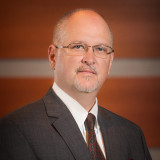