Claimed Lawyer ProfileQ&ASocial Media
Joe Kunes
Tifton, GA Cannabis & Marijuana Law Attorney with 47 years experience
(229) 382-4900 230 E 2nd Street
Tifton, GA 31794
Free ConsultationCannabis Law, Criminal, DUI and Nursing Home
University System of Georgia - University of Georgia
Show Preview
View Website View Lawyer Profile Email Lawyer
Joe Kunes is a member of the National College for DUI Defense, the Ga. Defense of DUI Drivers (DODD) Group, and a past VP of Ga. Trial Lawyers Association (2000). He has been a guest speaker for the Ga. Institute of Continuing Legal Education Seminars from 2004-2008. He is also a member of the University of Georgia 1969 SEC champion mens golf team and a former PGA tour golfer. He graduated from "Q" -School in 1977 and retained his PGA Tour Card through 1981.


Marietta, GA 30060
Free ConsultationCannabis Law, Appeals, Criminal and DUI
Georgia State University College of Law
Show Preview
View Website View Lawyer Profile Email Lawyer
With more than 20 years experience as one of metro Atlanta's premier criminal defense lawyers, David S. West has been recognized throughout Georgia and the southeast for his success defending difficult and high-profile criminal cases. Awarded America's coveted Top 100 Trial Lawyers in America award in 2013 and featured on CNN, FoxNews, 48 Hours and numerous other media outlets, Mr. West is now widely recognized as a leading criminal defense lawyer in his field. Mr. West is a Life Member of the National Association of Criminal Defense Lawyers, as well as the National Organization for the Reform of...

Savannah, GA 31401
Cannabis Law, Criminal, DUI and Traffic Tickets
Mississippi College School of Law
Show Preview
View Website View Lawyer Profile Email Lawyer
Courtney Lerch is a Georgia native, the founder of The Lerch Law Firm, and a reputable criminal defense attorney in Savannah. Ms. Lerch obtained her JD. From the Mississippi College School of Law. After graduating, she moved back to her home state so that she could start giving back to the community that had given her so much. Ms. Lerch has been well-recognized for her legal prowess. She is a graduate of the prestigious Bill Daniel Trial Advocacy Program, and has been nationally ranked a Top 10 Under 40 attorney by the National Academy of Criminal Defense Attorneys.
Ms. Lerch has... 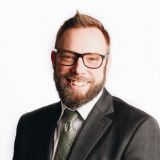 Peachtree Corners, GA 30092
Free ConsultationCannabis Law, Criminal, DUI and Domestic Violence
Mercer University
Show Preview
View Website View Lawyer Profile Email Lawyer
Adam loves a challenge. There are a number of people who have Adam to thank for saving their careers after obtaining a NOT GUILTY verdict at trial, including military officers with Top Secret clearances, commercial airline pilots, medical personnel, and even other lawyers who chose Adam to represent them when they were at their most vulnerable. Simply put, he hates losing, and will obsess about your case until he finds the best possible way to defend you. Some people simply can’t afford to have a criminal conviction.


Atlanta, GA 30308
Cannabis Law, Administrative, Appeals and Criminal
Emory University School of Law
Show Preview
View Website View Lawyer Profile Email Lawyer
From the day I started working in the field until today, I have learned the practice of criminal and appellate law from some of the finest attorneys in the country. I respect my clients and their families above all else and am keenly sympathetic to the fact that, when most of them come to me, they have already been through the difficult and emotionally wrenching process that is a criminal trial, only to lose and find themselves or somone they love very much subject to a long term in prison. I never promise anything to my clients other than the...

Atlanta, GA 30305
Cannabis Law, Business, Employment and Real Estate
Emory University
Show Preview
View Website View Lawyer Profile Email Lawyer
Throughout his 20+ year career, Mr. Battleson has worked in deal teams as an attorney, investment banker and principal involved in operating businesses, development projects, and existing assets with a value in excess of $2.2 billion; and, as a commercial litigation attorney representing small and medium size businesses, as well as defending national insurance companies, multinational self-insured companies, and the State of Georgia in matters with potential liability in excess of $100 million.

Use Justia to research and compare Bronwood attorneys so that you can make an informed decision when you hire your counsel.