Rockford, IL 61104
Free ConsultationCannabis Law, Criminal, DUI and Domestic Violence
Northern Illinois University College of Law
Compare Save
Show Preview
View Website View Lawyer Profile Email Lawyer
Attorney Morgan has been practicing law since 2001. He worked in the state attorney's office before working for a local law firm and then starting his own practice. He grew up in southern Wisconsin and received his Juris Doctorate from Northern Illinois University. Attorney Morgan is licensed to practice law in the state of Illinois.


Chicago, IL 60654
Free ConsultationOffers Video ChatChicago, IL Cannabis & Marijuana Law Lawyer with 10 years experience
Cannabis Law, Criminal, DUI and Traffic Tickets
Chicago-Kent College of Law, Illinois Institute of Technology
Compare Save
Show Preview
View Website View Lawyer Profile Email Lawyer
Brandon K. Davis is an Attorney at The Davis Law Group, P.C. where he represents clients charged with DUI, criminal and traffic-related offenses. Mr. Davis regularly represents those facing the suspension, revocation or cancellation of their driving privileges. Mr. Davis received his Bachelor of Arts Degree from the University of Wisconsin-Madison with a major in Political Science and a minor in Business. Mr. Davis received his J.D. from Chicago-Kent College of Law. Mr. Davis is a member of the Illinois State Bar Association as well as the Chicago Bar Association.

Peoria, IL 61602
Free ConsultationCannabis Law, Agricultural, Business and Immigration
Marquette University Law School
Compare Save
Show Preview
View Blog View Lawyer Profile Email Lawyer
Licensed to practice since 2008, Thomas Howard has represented numerous financial institutions in litigation to enforce their security interests. Over the past decade, he has assisted community banks in complex commercial workouts involving some of the most sophisticated financial products in the banking industry. He has also litigated in contested contract cases on various legal theories.


Chicago, IL 60654
Free ConsultationOffers Video ChatChicago, IL Cannabis & Marijuana Law Attorney with 8 years experience
Cannabis Law, Criminal, DUI and Traffic Tickets
University of Iowa
Compare Save
Show Preview
View Website View Lawyer Profile Email Lawyer
Mr. Mennie graduated from the University of Iowa (B.A. with distinction) in 2006 with majors in Philosophy, Psychology and Religious Studies. Mr. Mennie graduated from University of Iowa College of Law (J.D. with high distinction) in 2012, where he was a member of the Order of the Coif, and the Transnational Law & Contemporary Problems law journal. Mr. Mennie has lectured and participated in panel discussions for the Illinois Institute for Continuing Legal Education on topics involving developments in Illinois DUI laws. 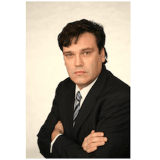 Bloomington, IL 61701
Free ConsultationCannabis Law, Criminal, DUI and White Collar Crime
Southern Illinois University - Carbondale
Compare Save
Show Preview
View Website View Lawyer Profile Email Lawyer
Kevin is a dedicated attorney and advocate for his clients. He began his career in law as a prosecutor and prosecuted offenses ranging from DUI to Homicide, Sexual Assault, Fraud, and Domestic Violence. As a private attorney he has brought his incredible skill and knowledge to bear for his clients in similar cases. He fights and he wins.

Claimed Lawyer Profile
John Paul Ivec
Plainfield, IL Cannabis & Marijuana Law Attorney with 24 years experience
(815) 439-9909 24820 Caton Farm Rd.
Plainfield, IL 60586-9214
Free ConsultationCannabis Law, Criminal, DUI and Domestic Violence
University of Michigan - Ann Arbor
Compare Save
Show Preview
View Website View Lawyer Profile Email Lawyer
The Ivec Law firm was founded in 2004 by JohnPaul Ivec with the purpose of providing superior legal representation. JohnPaul Ivec successfully represents clients, from petty offenses to super-X felonies, with an innovative, client-centered advocacy which is focused on results. JohnPaul gained extensive trial experience from his work as a prosecutor with the Will County State's Attorney and as a clerk with the Illinois State Appellate Public Defender. A distinct advantage for his clients, JohnPaul is able to draw from his legal training the University of Michigan, one of the nation's elite law...

Use Justia to research and compare Granite City attorneys so that you can make an informed decision when you hire your counsel.