(1 Peer Review)
(800) 360-3847 781 Liberty Road
Flowood, MS 39232
Free ConsultationOffers Video ConferencingVideo ConfFlowood, MS Cannabis & Marijuana Law Attorney with 42 years of experience
Cannabis Law, Criminal, DUI and Domestic Violence
Mississippi College School of Law
Show Preview
View Website View Lawyer Profile Email Lawyer
I grew up in Flora Mississippi. After graduation, I attended Mississippi State University before joining the US Army and serving in the Vietnam conflict. as a 2nd Lieutenant with Bravo Company 2/7th in 1st Air Cavalry Division (Custer's Cavalry) before being reassigned as the Commanding Officer of a nuclear weapons in northern Germany. I was then promoted to Captain in a Green Special Forces Unit and finished my military service as a Military Police Captain. I started my first responder service with the City of Jackson Mississippi rising from a Patrolman, Sergeant and finished my public service as a Lieutenant. For...
Compare Save 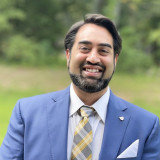 Free ConsultationOffers Video ConferencingVideo ConfCannabis Law, Business, Criminal and DUI
University of Mississippi
Show Preview
View Website View Lawyer Profile Email Lawyer
Kevin is a leader in both his profession and community:
- In April 2019, Kevin was honored as one of Mississippi’s Top 50 Under 40 by the Mississippi Business Journal;
- In 2017-2018, Kevin served as President of the Lafayette County Bar Association, overseeing the interests of local attorneys;
- In November 2015, Kevin was elected to serve as Lafayette County District 1 Supervisor;
- Kevin has been voted “Oxford’s Favorite Attorney” by readers of The Local Voice newspaper for eleven consecutive years, beginning in 2009;
- Additionally, Kevin has been recognized as one of the Top 100 Trial Lawyers in Mississippi in the practice...
Compare Save
Cannabis & Marijuana Lawyers in Nearby CitiesCannabis & Marijuana Lawyers in Nearby Counties
FAQ Lawyers Get Listed