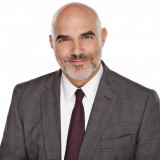 Free ConsultationOffers Video ConferencingVideo ConfDavidson County, TN Cannabis & Marijuana Law Attorney with 17 years of experience
Cannabis Law, Criminal, DUI and Personal Injury
Nashville School of Law
Show Preview
View Website View Lawyer Profile Email Lawyer
I am Joseph Warren Fuson. I am a Husband, Father, Outdoorsman and Lawyer. I am an experienced trial lawyer who spends a large majority of my time in a courtroom defending people who have been charged with a crime, fighting to recover money for people who have been injured, or litigating in civil court on behalf of my individual client or for my small business clients. My law partner Mark Freeman and I have owned and operated Freeman & Fuson for over 10 years. Mark is a civil trial specialist and heads up the civil litigation and appellate division of...
Compare Save

(1 Peer Review)
(615) 259-9009 214 Second Ave. North
Suite 103
Nashville, TN 37201
Free ConsultationOffers Video ConferencingVideo ConfDavidson County, TN Cannabis & Marijuana Law Lawyer with 28 years of experience
Cannabis Law, Criminal, DUI and Domestic Violence
Nashville School of Law
Show Preview
View Website View Lawyer Profile Email Lawyer
I am a trial attorney based in Nashville , Tn. I love to represent the underdogs. My practice has two areas of concentration. First , I represent those that have been accused of a crime such as DUI , Sex Crimes or Drug crimes. I have tried cases from murder to shoplifting in both state and federal court.Second , I represent those that have been injured in accident cases from wrongful death claims to a tractor trailer accidents.I was born and raised in Nashville. I enjoy helping others in times of crisis.
Compare Save