Consumer, Business, Personal Injury and Products Liability
University of Alabama - Tuscaloosa
Compare Save
Show Preview
View Website View Lawyer Profile Email Lawyer
Mr. Belt is an experienced trial lawyer who prides himself on quality client representation and maximizing his client’s financial recovery. Mr. Belt has over forty verdicts and settlements of one million dollars or more to his credit. Mr. Belt has won jury verdicts in almost every conceivable kind of case including personal injury, products liability, outrageous conduct, environmental contamination, uninsured motorist, workplace accident, medical malpractice, business fraud, and breach of contract. This experience has earned him the AV Preeminent ranking by the national legal publication Martindale-Hubbell which polls lawyers and judges. This is the highest and most prestigious peer view... 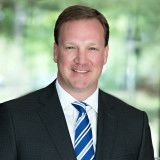 Claimed Lawyer ProfileSocial Media
D. Brett Turnbull
Jefferson County, AL Consumer Law Lawyer with 15 years of experience
(205) 831-5040 2 20th Street North
#1600
Birmingham, AL 35203
Free ConsultationConsumer, Nursing Home, Personal Injury and Products Liability
Cumberland School of Law, Samford University, University of Alabama - Tuscaloosa and University of Alabama - Tuscaloosa
Compare Save
Show Preview
View Website View Lawyer Profile Email Lawyer
"The greatest leader is not necessarily the one who does the greatest things. He is the one that gets the people to do the greatest things." - Ronald Reagan 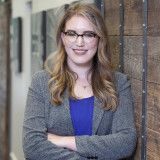 Free ConsultationConsumer, Medical Malpractice and Products Liability
Cumberland School of Law, Samford University
Compare Save
Show Preview
View Website View Lawyer Profile Email Lawyer
Paige Caraway is a member of Hollis Wright's Mass Torts Department. Paige was born in Andalusia, Alabama, and raised in both Alabama and Georgia. She received her bachelor's degree from Seton Hall University, where she was a member of both the softball and mock trial teams. Upon graduation, Paige attended Samford University's Cumberland School of Law. While in law school, she was selected as a Judge Abraham Caruthers Legal Writing Fellow, a member of the National Mediation Team, and a member of the Cumberland Trial Advocacy Executive Board as the Director of Client Counseling.

Paige was introduced to mass torts early...
Next
Consumer Lawyers in Nearby Cities
FAQ Lawyers Get Listed