Claimed Lawyer ProfileBlawg SearchSocial Media
Glenn E. Emery
Wilmington, NC Consumer Law Attorney
(910) 208-0414 321 N. Front Street, Suite 111
Wilmington, NC 28401
Consumer and Criminal
The George Washington University Law School
Compare Save
Show Preview
View Website View Lawyer Profile Email Lawyer
Glenn was born and raised in Rhode Island. He has traveled and lived in various places during his ten years of service in the United States Marine Corps. Glenn graduated magna cum laude from the University of North Carolina at Charlotte in 2002 with a B.S. in Accounting. He worked for PricewaterhouseCoopers for two years before attending law school at George Washington University. Since graduating in 2007 from George Washington University, he sharpened his trial skills while serving as a prosecutor in the Alamance County District Attorney's Office. Glenn currently manages the Wilmington... 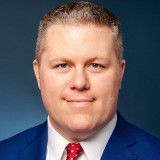 Claimed Lawyer ProfileOffers Video ChatBlawg SearchSocial Media
Damon Duncan
Greensboro, NC Consumer Law Attorney with 11 years of experience
(336) 856-1234 628 Green Valley Rd. #304
Greensboro, NC 27408
Free ConsultationOffers Video ChatConsumer, Bankruptcy and Workers' Comp
Elon University
Compare Save
Show Preview
View Website View Lawyer Profile Email Lawyer
Damon Duncan is a member of the family run Duncan Law, PLLC. Our firm is family run and we do all that we can to treat our clients as if they were part of our own family. Duncan Law's Commitment To You: Free Consultation: The first time that you come to our office to talk with an attorney it will be completely free. You deserve to have your case heard without having to pay. Your free consultation will allow you to explain your situation to an attorney so that he can best explain your legal options. Personal Attention: We treat...

Free ConsultationConsumer, Bankruptcy, Criminal and Domestic Violence
Wake Forest University School of Law
Compare Save
Show Preview
View Website View Lawyer Profile Email Lawyer
EDWIN HARDY has been practicing law for over 31 years. With more than 30 years experience at bankruptcy, he has over 3000 bankruptcies successfully filed to help people. He is a former member of the N.C. General Assembly as a State Representative in the N.C. House of Representatives where he served as Chairman of the Judiciary Committee. He has served on the N.C. Courts Commission and the Governor's Crime Commission. He is a past Chairman of the Board of Trustees of Beaufort Regional Health Systems which operated Beaufort County Medical Center. He has also served as President of the Beaufort...
Next
Consumer Lawyers in Nearby CitiesConsumer Lawyers in Nearby Counties
FAQ Lawyers Get Listed