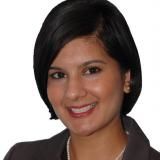 Free ConsultationConsumer, Divorce, Family and Probate
Cumberland School of Law, Samford University
Compare Save
Show Preview
View Website View Lawyer Profile Email Lawyer
Described as caring but “tenacious” by clients, T. Leigh is a driven legal professional with an ability to educate her clients about their case along with the dedication required to deliver results. T. Leigh enjoys being part of the process of "making it right" and helping her clients have their opportunity to be heard and stand up for themselves.

Claimed Lawyer Profile
Earl Ronald Hendry
Roan Mountain, TN Consumer Law Attorney with 56 years of experience
(423) 772-4710 312 West Street
P.O. Box 220
Roan Mountain, TN 37687
Free ConsultationConsumer, Business, Divorce and Family
University of Memphis
Compare Save
Show Preview
View Lawyer Profile
Now in his 46th year at the Bar, Mr. Hendry is the former Director of Legal Studies at Milligan College, TN, is the past President of the Carter County, TN Bar Association and served two years on the Board of Governors of the Tennessee Bar Association. His private practice has always been focused on consumer plaintiff's cases and he also served a four county circuit as Judge of the Thirteenth Chancery Division of the State of Tennessee for several years, where he was twice re-elected. In civic activities he served two years as President of the Elizabethton, TN...

Claimed Lawyer ProfileSocial Media
James W. Friauf
Knoxville, TN Consumer Law Attorney with 12 years of experience
(865) 236-0347 6515 Clinton Hwy Suite 207
Knoxville, TN 37912
Consumer, Civil Rights, Employment and Personal Injury
Compare Save
Show Preview
View Website View Lawyer Profile Email Lawyer
The mission of James W Friauf, Attorney at Law is "Helping Everyday People and Those Who Serve Everday People." Specifically, we assist Everyday People in the areas of the law that are most relevant to them on a daily basis: employment matters, on-the-job injuries, car and truck accidents, divorce and child custody, and wills and trusts. We also provide a wide range of legal services to charities and nonprofit organizations at rates lower than those of larger firms. We do so because we recognize it is important that these organizations receive quality legal representation while minimizing the expenditure of precious...
Next
Consumer Lawyers in Nearby CitiesConsumer Lawyers in Nearby Counties
FAQ Lawyers Get Listed