Claimed Lawyer ProfileQ&ASocial Media
David Earl Phillips
Nashville, TN Consumer Law Attorney with 36 years of experience
(615) 883-9562 2525 Lebanon Pike
Nashville, TN 37214
Consumer, Bankruptcy and Foreclosure Defense
Nashville School of Law
Show Preview
View Website View Lawyer Profile Email Lawyer
David started Bankruptcy Practice as soon as he was admitted to the Bar to practice law in 1986. Since that time he has practiced Bankruptcy Law almost exclusively and has filed over 7000 bankruptcy cases over the past 31 years. David concentrates on Chapter 13 and Chapter 7 cases mainly dealing with Consumer Bankruptcy cases. He was Board Certified in Consumer Bankruptcy Law in 1995. He maintains a small office practice with his wife, Debbie Phillips, being his paralegal, almost from the beginning of his practice. Over the years his Father and David and Debbie’s son, Justin, has also worked...
Compare Save 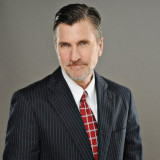 Claimed Lawyer ProfileOffers Video ConferencingSocial Media
Timothy L. Miles
Nashville, TN Consumer Law Lawyer with 21 years of experience
(855) 846-6529 109 Summit Ridge Court
Nashville, TN 37215
Free ConsultationOffers Video ConferencingVideo ConfConsumer, Personal Injury, Products Liability and Social Security Disability
Show Preview
View Website View Lawyer Profile Email Lawyer
Timothy L. Miles is a nationally recognized securities class action and shareholder and employee rights attorney who has been leading the fight to protect shareholder and employee rights for over 20 years. Mr. Miles received a Bachelor of Science in Psychology from Belmont University in Nashville, Tennessee in 1993 and his J.D. from the Nashville School of Law in May 2001, graduating third in his class, and was made a member of the Honorable Society of Cooper’s Inn which is reserved for students graduating in the top ten percent of their class. He is admitted to practice before the Tennessee...
Compare Save

Claimed Lawyer ProfileSocial Media
T. Leigh Hearn-Rushton
Nashville, TN Consumer Law Attorney with 26 years of experience
(615) 815-9967 102 Woodmont Blvd., Suite 230
Nashville, TN 37205
Free ConsultationConsumer, Divorce, Family and Probate
Cumberland School of Law, Samford University
Show Preview
View Website View Lawyer Profile Email Lawyer
Described as caring but “tenacious” by clients, T. Leigh is a driven legal professional with an ability to educate her clients about their case along with the dedication required to deliver results. T. Leigh enjoys being part of the process of "making it right" and helping her clients have their opportunity to be heard and stand up for themselves. T. Leigh's practice is focused on Family Law (Divorce, Custody, Child Support, Post-Divorce MDA enforcement) Fraud, and Contracts. T. Leigh is a graduate of Auburn University and earned her Doctorate of Jurisprudence from Cumberland School of Law in 1996. She is...
Compare Save

Claimed Lawyer Profile
Jack Atkins
Crossville, TN Consumer Law Lawyer with 38 years of experience
(931) 510-1205 P.O. Box 1125
Crossville, TN 38557
Consumer, Arbitration & Mediation, Business and Collections
University of Tennessee - Knoxville
Show Preview
View Website View Lawyer Profile
I am an attorney based in Crossville, TN. My practice is focused on business and construction related clients and their personal and professional legal needs. Clients include homeowners, builders, sub-contractors, material supplier and many others connected with construction and general business activity. I am a former licensed general contractor in Tennessee. Over approximately 17 years, I built over 200 residential projects and developed three sub-divisions. DISCLAIMER: R. Jack Atkins is not certified as a specialist by the Tennessee Commission on Continuing Legal Education and Specialization in the areas of practice listed on this website.
Compare Save 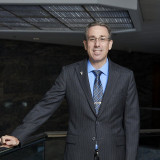 Claimed Lawyer ProfileOffers Video Conferencing
William James Campbell Jr
Franklin, TN Consumer Law Attorney with 15 years of experience
(855) 709-5788 2550 Meridian Blvd
Suite 200
Franklin, TN 37067
Free ConsultationOffers Video ConferencingVideo ConfConsumer and Criminal
Southwestern Law School
Show Preview
View Lawyer Profile Email Lawyer
William Campbell's experience as a litigator has placed him in a unique position to fight for his clients. After graduating from Southwestern University College of Law and passing the California State Bar Exam, William sought as much time in the courtroom as possible. The best place to do this was working for the Fresno County Public Defender and District Attorney's Office. William's start as a criminal defense attorney with the Public Defenders Office was short-lived after securing an acquittal for his client in his first jury trial as a lawyer. It was soon after that acquittal that William found himself working...
Compare Save

Claimed Lawyer ProfileSocial MediaResponsive Law
Mark Richard Podis
MURFREESBORO, TN Consumer Law Lawyer with 36 years of experience
(615) 866-8273 111 NORTH MAPLE STREET
SUITE 104
MURFREESBORO, TN 37130
Free ConsultationConsumer and Bankruptcy
Show Preview
View Website View Lawyer Profile Email Lawyer
I practice Consumer Bankruptcy in Nashville Tennessee and the surrounding counties. I offer a FREE FIRST APPOINTMENT to discuss your needs in confidence. Our firm has over 70 years of bankruptcy experience. I have helped thousands of clients get out of debt and get their lives back on track. I have helped clients discharge millions of dollars in debt. Chapter 7 bankruptcy is designed to wipe out debt and give you a fresh financial start. It stops collection activity and wipes out unsecured debt. Chapter 13 bankruptcy stops foreclosures, repossessions, and wage garnishments and gives...
Compare Save

Claimed Lawyer ProfileSocial Media
Rodney Mark Scott
Murfreesboro, TN Consumer Law Attorney with 40 years of experience
(615) 896-3158 12 S Public Square
Murfreesboro, TN 37130
Consumer, Business, Collections and Estate Planning
Case Western Reserve University
Show Preview
View Website View Lawyer Profile Email Lawyer
Rodney M. “Rod” Scott is an attorney currently engaged in the general practice of law, focusing on estate planning and elder law. He obtained his undergraduate degree in Accounting from West Virginia University in 1979, and his law degree from Case Western Reserve University in 1982. Originally admitted to practice in the states of Tennessee, Pennsylvania, and Ohio, he has happily chosen Tennessee as his home and the location of his practice. In his 34+ years of experience as an attorney, he has seen the impact of pre-planning and crisis estate planning upon individuals, their...
Compare Save

Claimed Lawyer Profile
Robert Lee Vogel
Knoxville, TN Consumer Law Attorney with 20 years of experience
(865) 357-1949 101-106 Sherlake Ln
Knoxville, TN 37922
Free ConsultationConsumer, Criminal, Divorce and Products Liability
Rutgers School of Law-Newark
Show Preview
View Website View Lawyer Profile
I am a trial lawyer. My clients are people who have been injured in any way - a car accident, at work, out at a store, by a faulty product or bad medicine or medical treatment, who are falsely accused of a crime, suffered abuse, had their civil rights violated, were bullied at school or at work, were ripped off by a business and the like. I have over ten years of trial experience and recently attended advanced training at the Gerry Spence Trial Lawyer's College in Dubois, WY. I have several other attorneys who work with me. Together, our...
Compare Save

Claimed Lawyer ProfileSocial Media
Gregory F Coleman
Knoxville, TN Consumer Law Lawyer with 33 years of experience
(865) 247-0800 800 S Gay St #1100
Knoxville, TN 37929
Free ConsultationConsumer, Animal, Personal Injury and Products Liability
University of Tennessee - Knoxville
Show Preview
View Website View Lawyer Profile Email Lawyer
Gregory F. Coleman is the founder and Managing Partner of Greg Coleman Law PC. Greg received his B.A. with highest honors and distinction from Jacksonville State University in 1986. He attended the University of Tennessee College of Law, graduating in 1989. In addition to distinguishing himself academically, Greg was a member of the National Trial Moot Court Team and was the recipient of the American Jurisprudence Award for National Trial Team and was listed in Who's Who Among Rising Young Americans. In addition, the College of Law bestowed upon Greg the honor of inclusion into the National Order of...
Compare Save 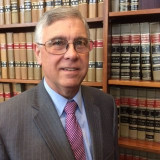 Claimed Lawyer Profile
Philip Frederick Counce
Memphis, TN Consumer Law Lawyer with 47 years of experience
(901) 458-0555 3333 Poplar Ave
Memphis, TN 38111
Consumer, Bankruptcy, Foreclosure Defense and Landlord Tenant
University of Memphis
Show Preview
View Lawyer Profile Email Lawyer
We can file a Chapter 7 (full bankruptcy) or a Chapter 13 (bill consolidation) for you as a Title 11 Debt Relief Agency. We also consider nonbankruptcy options so we can customize a solution that addresses your specific goals and circumstances. Unlike most bankruptcy law offices, you will talk with an attorney, not a paralegal, who can properly advise you and prepare and handle your case from start to finish. Your can become debt free! We pride ourselves in providing caring and considerate representations to address your needs. We are always just a phone call away at 901-458-0555. Our law office has a...
Compare Save
Next
Consumer Lawyers in Nearby CitiesConsumer Lawyers in Nearby Counties
FAQ Lawyers Get Listed