Claimed Lawyer ProfileSocial Media
Lewis W Carter III
Fairhope, AL Criminal Law Lawyer with 2 years of experience
(251) 210-8768 82 Plantation Pointe
PMB 176
Fairhope, AL 36532
Free ConsultationCriminal and DUI
Savannah Law School
Compare Save
Show Preview
View Website View Lawyer Profile Email Lawyer
Focusing on Criminal Defense, Lewis W Carter III has experience handling a wide range of criminal charges, including DUI, Leaving the Scene of an Accident, Theft, and Trespass. From the moment that you are charged, you are facing a team of individuals determined to convict you, you need someone on your side that understands the law and is willing to work tirelessly to get you the best outcome possible. The Law Office of Lewis W Carter III can be the team that you need to give you a fighting chance.

Claimed Lawyer Profile
Domingo Soto
Mobile, AL Criminal Law Attorney with 34 years of experience
465 Dauphin St
Mobile, AL 36602
Free ConsultationCriminal, Appeals and DUI
University of Alabama School of Law
Compare Save
Show Preview
View Website View Lawyer Profile Email Lawyer
Domingo Soto, a graduate of the University of Alabama School of Law, was admitted to the Alabama bar in 1986 and the Texas bar in 1987 (presently on inactive status in Texas). He is admitted and qualified to practice in the U.S. District Courts for the Northern and Southern Districts of Alabama, the Eleventh Circuit Court of Appeals and the U.S. and Alabama Supreme Courts as well as pro hac vice in other jurisdictions. His practice is limited to criminal defense law in both federal and state venues.

Free ConsultationCriminal and Personal Injury
University of Alabama - Tuscaloosa
Compare Save
Show Preview
View Lawyer Profile Email Lawyer
I protect the rights of the injured and accused. My practice of law started in 1982 after I graduated from Tulane and Alabama Law School. I am a former Assistant District Attorney in Mobile County, Alabama and currently provide criminal defense representation in state and federal courts throughout Alabama. My experience includes over 100 jury trials. Call my cell phone for your fee consultation. 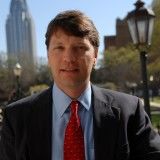