Claimed Lawyer Profile
Mr. William Gordon Walker III
Nevada City, CA Criminal Law Attorney with 36 years experience
(530) 478-0675 547 Uren Street
P. O. Box 1127
Nevada City, CA 95959
Criminal, Appeals, DUI and Domestic Violence
McGeorge School of Law Univ of the Pacific
Compare Save
Show Preview
View Website View Lawyer Profile Email Lawyer
Bill came to Nevada City in 1983 to join the Nevada County Public Defendner's office at a time when he was the youngest attorney ever to practice in the county. He was the attorney for that office in Truckee Court for several years, while practicing Juvenile Law and Misdemeanor defense in Nevada City's Court. For most of his nearly 21 years in the Public Defendner's office, Bill handled the most serious and complicated felony cases, and help train and mentor some of the other attorneys in the office. Bill retired from the office in 2004, to pursue...

Auburn, CA 95603
Criminal
McGeorge School of Law Univ of the Pacific
Compare Save
Show Preview
View Website View Lawyer Profile Email Lawyer
Amber L. Zehrung joined the Cohen Defense Group at its inception with the retirement of her former employer, the Law Offices of Mark A. Berg, where she had represented clients since 2006. Ms. Zehrung’s caseload includes a wide range of felony and misdemeanor cases including drugs, thefts, domestic violence, strikes, and mental health cases. She has done extensive motion work and has tried a variety of jury trials. In addition to her cases, she receives appointments from the Courts to represent individuals with appellate and writ issues. She is the firm’s primary attorney who handles clearing your record of convictions,... 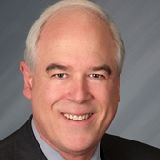 Paradise, CA 95969
Free ConsultationCriminal, Arbitration & Mediation, Civil Rights and Divorce
UC Davis School of Law King Hall
Compare Save
Show Preview
View Website View Lawyer Profile Email Lawyer
Estate Planning, Trust and Probate Law: I provide a complete range of estate planning, elder law, probate, trust administration, veterans pension and Medi-Cal eligibility services. I work with clients to create and implement an estate plan specifically designed with them in mind, including their family, their business, their property and their personal wishes. This includes preparation of Durable Powers of Attorney for Health Care and Durable Powers of Attorney for Asset Management. Family Law: I have over 30 years of experience in family law. Besides being a highly trained, experienced and knowledgeable family lawyer, I am personally and professionally sensitive to the concerns...

Claimed Lawyer ProfileSocial Media
Andrew Todd Kuhnen
Rocklin, CA Criminal Law Attorney with 20 years experience
(916) 318-6562 6516 Lonetree Blvd
Rocklin, CA 95765
Free ConsultationCriminal, DUI, Domestic Violence and White Collar Crime
California Western School of Law
Compare Save
Show Preview
View Website View Lawyer Profile Email Lawyer
The Criminal Justice System is often referred to as "Adversarial." This is because regardless of the charges you are facing, you and the government will do battle over one critical item of evidence: Your "Presumption of Innocence." The United States Supreme Court has said that the Presumption of Innocence is "evidence" in favor of the accused, and the government wants to keep that evidence from the Jury. To have a fighting chance, you need someone who knows your adversary. 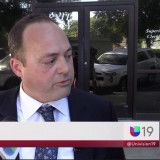 Yuba City, CA 95991
Criminal and Personal Injury
Compare Save
Show Preview
View Website View Lawyer Profile Email Lawyer
Dedicated lawyer who fights for his clients in and out of the courtroom.

Auburn, CA 95603
Criminal
University of Southern California Gould School of Law
Compare Save
Show Preview
View Website View Lawyer Profile Email Lawyer
Zachary P. Merliss joined the Cohen Defense Group in May 2017. He graduated from the University of Southern California School of Law and became a member of the California Bar in 2016. Prior to joining the firm, Mr. Merliss was a legal fellow at the Federal Public Defender’s Office in the District of Nevada, and also an active member of an improvisational comedy club. Currently, he defends a wide variety of misdemeanor cases, such as drug possession, petty theft, assault and battery, and driving under the influence. During law school, Mr. Merliss gained exposure to the prosecution side of the...

Sacramento, CA 95661
Criminal, DUI, Family and White Collar Crime
University of the Pacific, McGeorge School of Law
Compare Save
Show Preview
View Website View Lawyer Profile Email Lawyer
I am a former USAF Officer, this is where I honed my skills in hard work and determination. I was a B-52 crew member; that was where I learned the necessity of teamwork. For over 20 years I have done trials, in State Criminal Courts, Federal Civil Rights trials, Family Law Courts as well as many administrative hearings; this is where I learned how to win trials. In my office, my clients, my staff and I form a team that is ready to take on all adversaries. 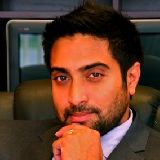 Claimed Lawyer ProfileSocial Media
Sarbdeep Atwal
Yuba City, CA Criminal Law Attorney
(530) 682-5970 335 Teegarden Avenue
Yuba City, CA 95991
Criminal, Immigration and Nursing Home
Trinity Law School
Compare Save
Show Preview
View Website View Lawyer Profile Email Lawyer
Attorney Sarbdeep Atwal received his Bachelor’s degree in Finance and Risk Management at the California State University of Sacramento. He then earned his Juris Doctorate degree from Trinity Law School –the California Campus and satellite location of Trinity International University. While he was in law school, he had the opportunity to study abroad, which allowed him to explore International Human Rights Law within the United Nations collective of Eastern Countries. This experience enabled him to develop a passion for immigration and criminal law. In 2010, Attorney Atwal was admitted to the California Bar. From this point on, he began working... 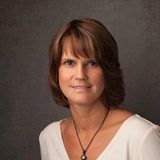 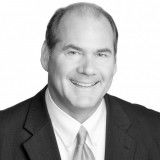 Claimed Lawyer Profile
Daniel Lee Ledford
Oroville, CA Criminal Law Lawyer with 17 years experience
(530) 534-6100 1440 Lincoln Street
Oroville, CA 95965
Criminal and DUI
UC Berkeley School of Law Boalt Hall
Compare Save
Show Preview
View Website View Lawyer Profile
Daniel Ledford is here to help clients through their legal complications. Our goal is to provide the most effective legal representation available. Although this is a stressful time, we are here to make sure your legal rights are preserved. As a former Deputy District Attorney, Daniel Ledford knows how the system works from the inside. He brings that inside knowledge to advance his clients' interests. 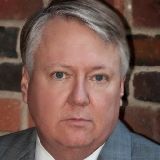