Claimed Lawyer ProfileSocial Media
Gregory Lee Rael
Eureka, CA Criminal Law Lawyer with 45 years of experience
(707) 445-9666 1026 3rd St
Eureka, CA 95501
Criminal, DUI and Juvenile
Stanford Univ Law School
Compare Save
Show Preview
View Website View Lawyer Profile Email Lawyer
Greg Rael has practiced law in Eureka, California since being admitted to the Bar in 1976. He received his bachelor’s degree in sociology from Stanford University in 1972. After a year spent working for the United States Department of Labor he returned to Stanford to study law. He received his doctor of jurisprudence degree from Stanford Law School in 1976. Mr. Rael’s practice focuses on all aspects of criminal and juvenile law as well as related regulatory, governmental and civil rights matters. He has served as a consultant to California Continuing Education of the Bar, a...


Free ConsultationCriminal, DUI and Domestic Violence
Western State University College of Law
Compare Save
Show Preview
View Website View Lawyer Profile Email Lawyer
My practice has been focused on criminal defense since 2003. I have experience at every stage of proceedings from the first court appearance through trial.

Free Consultation Offers Video Conferencing Video ConfCriminal, DUI, Traffic Tickets and White Collar Crime
Univ of San Diego School of Law
Compare Save
Show Preview
View Website View Lawyer Profile Email Lawyer
Gregg Cohen has nearly 30 years of extensive criminal trial expertise. As the former Tehama County District Attorney of 20 years, Mr. Cohen was responsible for every lawyer and every criminal prosecution in the Office, amounting to thousands of cases. Previously, he worked as a prosecutor for both Shasta and Tehama Counties and also served as a Federal Prosecutor for the United States Attorney’s Office for the Southern District of California, handling Federal Drug Interdiction cases.


Criminal and Family
New Coll of CA School of Law
Compare Save
Show Preview
View Lawyer Profile Email Lawyer
I have been practicing law since 1990. I practice in two primary areas: family law and criminal defense. In criminal cases, I have successfully defended people charged with the highest level felonies on down to traffic infractions. I leave no stone unturned. In family law, I have handled complex multi-million dollar property issues, child custody and support, spousal support, domestic violence cases, and practically every matter facing those seeking the help of the family courts. I have trained with the Northern California Mediation Center, Divorce Mediation, and Gary Friedman of The Center for Understanding in Conflict & The Center for Mediation in... 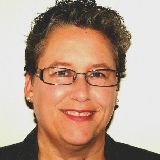