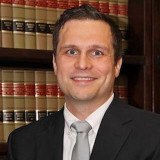 
Free ConsultationCriminal and Personal Injury
University of Dayton School of Law
Compare Save
Show Preview
View Website View Lawyer Profile Email Lawyer
Robert Greene is an experienced Cape Coral personal injury lawyer with over 30 years of legal service in SW Florida.. He has been Board Certified by the Florida Bar as a Civil Trial Lawyer for over 25 of those years. Only about 2% of the lawyers in Florida have this certification. His legal philosophy is simple: to provide personal service to each client from start to finish. He takes the time to understand their needs and to personally address their concerns. This even includes making sure you are treated by qualified doctors, so your insurance is not wasted on...