Claimed Lawyer ProfileSocial Media
Rusty Shepard
Panama City, FL Criminal Law Lawyer with 21 years of experience
(850) 215-5200 2612 B West 15th Street
Panama City, FL 32401
Criminal, DUI and Social Security Disability
Florida State University College of Law
Compare Save
Show Preview
View Website View Lawyer Profile Email Lawyer
After graduating from Florida State University College of Law in the year 2000, Attorney Rusty Shepard became the Assistant State Attorney in Chipley for four years. As a former prosecutor, Mr. Shepard is well-versed in the legal system, judicial processes and how to best anticipate choices on the part of the prosecution in his current cases. Coming up with aggressive and intuitive defense tactics, Attorney Shepard is devoted to obtaining the best possible verdict for his clients, doing everything in his power to have their charges reduced or dismissed altogether. He is the President of the Bay County Chapter at...

Claimed Lawyer ProfileSocial Media
Ashley Stone Benedik
Panama City, FL Criminal Law Lawyer with 29 years of experience
(850) 913-0364 433 Harrison Avenue
Panama City, FL 32401
Free ConsultationCriminal, DUI and Juvenile
Paul M. Hebert Law Center, Louisiana State University and Florida State University College of Law
Compare Save
Show Preview
View Website View Lawyer Profile Email Lawyer
Ashley is a Panama City, Florida native practicing criminal defense with a particular interest in helping first time offenders and vacationers who find themselves in trouble with the law. She makes herself available in a variety of ways in order to be convenient to the client. You can have an in office consultation, phone consultation or even an email consultation. Once hired she can correspond through the mail, the phone, email or by text messaging, whichever the client prefers. She will throughly evaluate your case and strive to obtain the best result for your particular situation. Call (850) 913-0364 or...


Free ConsultationCriminal, Civil Rights and Personal Injury
Stetson University College of Law
Compare Save
Show Preview
View Website View Lawyer Profile Email Lawyer
Aaron Watson is a Personal Injury and Criminal Defense Lawyer. Before graduating law school, Attorney Aaron Watson was named a national champion in trial advocacy after he defeated 248 teams from 148 law schools in the American Association for Justice student trial competition. The competing teams were judged by other lawyers and judges on their trial advocacy skills, opening statements, examination of witnesses, use of facts, and closing arguments. During this time, Mr. Watson was also named Who's Who Among American Universities & Colleges.

Claimed Lawyer ProfileOffers Video ConferencingQ&ABlawg SearchSocial Media
Tim Michael Flaherty
Destin, FL Criminal Law Attorney with 20 years of experience
(850) 460-7470 1008 Airport Rd
Suite B
Destin, FL 32541
Free Consultation Offers Video Conferencing Video ConfCriminal, Cannabis Law, DUI and Domestic Violence
Southern Illinois University School of Law
Compare Save
Show Preview
View Website View Lawyer Profile Email Lawyer
My name is Tim Flaherty. I am a Fort Walton Beach criminal defense attorney. Since I passed the Bar in 2001, I have dedicated 100% of my practice to criminal defense. No matter what you are accused of, Flaherty & Merrifield Criminal Defense will not judge you. We will defend you. 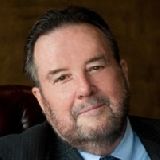 Claimed Lawyer ProfileSocial Media
Edward Iturralde
Tallahassee, FL Criminal Law Attorney with 29 years of experience
(850) 264-7498 2910 Kerry Forest Parkway, D4-204
Tallahassee, FL 32309
Free ConsultationCriminal, Administrative, Appeals and DUI
New York Law School
Compare Save
Show Preview
View Website View Lawyer Profile Email Lawyer
I am an AV-rated former assistant state attorney, former bar counsel and former assistant attorney general with over 24 years experience. I represent people who are being prosecuted by the government. If you are in Florida and have been accused of a crime or your licensing board is trying to discipline you, call me. I can help.
Next
Criminal Lawyers in Nearby CitiesCriminal Lawyers in Nearby Counties
FAQ Lawyers Get Listed