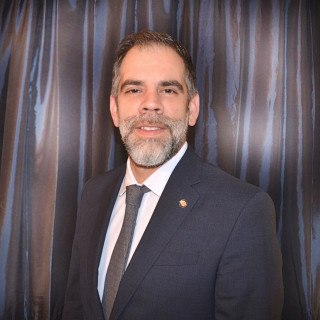 Claimed Lawyer ProfileSocial Media
Rusty Shepard Compare Save
Panama City, FL Criminal Law Lawyer with 20 years experience
(850) 215-5200 2612 B West 15th Street
Panama City, FL 32401
Criminal, DUI and Social Security Disability
Florida State University College of Law
Compare Save
Show Preview
View Website View Lawyer Profile Email Lawyer
After graduating from Florida State University College of Law in the year 2000, Attorney Rusty Shepard became the Assistant State Attorney in Chipley for four years. As a former prosecutor, Mr. Shepard is well-versed in the legal system, judicial processes and how to best anticipate choices on the part of the prosecution in his current cases. Coming up with aggressive and intuitive defense tactics, Attorney Shepard is devoted to obtaining the best possible verdict for his clients, doing everything in his power to have their charges reduced or dismissed altogether. He is the President of the Bay County Chapter at...

Panama City, FL 32401
Free ConsultationCriminal, DUI and Juvenile
Paul M. Hebert Law Center, Louisiana State University and Florida State University College of Law
Compare Save
Show Preview
View Website View Lawyer Profile Email Lawyer
Ashley is a Panama City, Florida native practicing criminal defense with a particular interest in helping first time offenders and vacationers who find themselves in trouble with the law. She makes herself available in a variety of ways in order to be convenient to the client. You can have an in office consultation, phone consultation or even an email consultation. Once hired she can correspond through the mail, the phone, email or by text messaging, whichever the client prefers. She will throughly evaluate your case and strive to obtain the best result for your particular situation. Call (850) 913-0364 or...

Panama City, FL 32401
Free ConsultationCriminal and Personal Injury
Compare Save
Show Preview
View Website View Lawyer Profile Email Lawyer
Dealing with a divorce, an arrest or a serious injury can be incredibly stressful. You may be overwhelmed and unsure what to do. These are the times when you need an experienced lawyer who can protect your interests and guide you forward.

Claimed Lawyer Profile
Rebecca Sonalia Esq. Compare Save
Panama City, FL Criminal Law Lawyer
(850) 805-5499 949 Jenks Ave
#7
Panama City, FL 32401
Free ConsultationCriminal, DUI and Domestic Violence
Compare Save
Show Preview
View Website View Lawyer Profile Email Lawyer
After completing her B.A. in Political Science from the University of Michigan, Attorney Rebecca Sonalia received her Juris Doctor from Michigan State University College of Law, graduating cum laude. She is licensed to practice law in the State of Florida and the State of Michigan. Criminal defense law involves helping people through very traumatic times in their life. Attorney Sonalia takes this aspect of her profession very seriously. Her compassionate nature and diligence in keeping her clients informed has truly been an asset to the success of the firm. Musca Law clients have consistently expressed their gratitude...