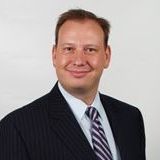 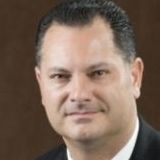 Claimed Lawyer ProfileSocial Media
Steven Leskovich
Punta Gorda, FL Criminal Law Attorney with 20 years experience
(941) 575-5100 265 East Marion Avenue
Suite 112
Punta Gorda, FL 33950
Criminal, DUI, Traffic Tickets and White Collar Crime
Western Michigan University Cooley Law School
Compare Save
Show Preview
View Website View Lawyer Profile Email Lawyer
When you come to the law office of Leskovich Law Group, P.A. you can rest assured in the help you can receive from a criminal defense attorney. Criminal charges of any kind are extremely serious and should never be treated lightly. If you have been accused of committing a crime of any kind, it is imperative that you take action and obtain the aggressive defense you need. Attorney Steven S. Leskovich, Esq., attended Kent State University, where he earned his Bachelor of Business Administration Degree. He later attended the Thomas M. Cooley Law School, where he earned his law degree.... 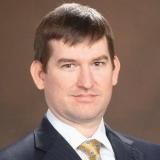 
Fort Myers, FL 33901
Free ConsultationOffers Video ChatCriminal
University of Miami School of Law
Compare Save
Show Preview
View Website View Lawyer Profile Email Lawyer
I have devoted my entire 31 year career to criminal law. As the former Division Chief of Sexual Crimes for the State Attorneys Office in both Miami and Lee, I understand the repercussions that an allegation can bring. Even worse, being charged with a sex crime can have life long consequences.

Fort Myers, FL 33901
Criminal, DUI, Divorce and Family
UNLV William S. Boyd School of Law
Compare Save
Show Preview
View Website View Lawyer Profile Email Lawyer
Our firm has extensive experience in both state and federal courts, and we are admitted to practice in the United States District Court for the Middle District of Florida. Whether you have been charged with a misdemeanor, a felony, or a federal crime, we will aggressively defend your case. With a former prosecutor and a board certified criminal trial expert at our firm, it is clear why we have earned a reputation for our strong trial work. Additionally, the firm takes a special interest in assisting minor clients facing juvenile charges. We firmly believe in protecting the futures' of our... 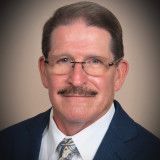 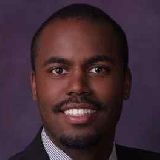 Claimed Lawyer ProfileSocial MediaResponsive Law
Andrew Paul Marcus
Fort Myers, FL Criminal Law Lawyer with 13 years experience
(239) 214-6230 1625 Hendry Street, Suite 201
Fort Myers, FL 33901
Criminal, Consumer, DUI and White Collar Crime
University of Miami School of Law
Compare Save
Show Preview
View Lawyer Profile Email Lawyer
Mr. Marcus began his legal career with the State Attorney's Office here in Fort Myers. As an Assistant State Attorney, Mr. Marcus quickly developed a reputation as an ethical, aggressive, and talented trial lawyer. Shortly after being promoted to the felony division, Mr. Marcus was assigned to a firearms docket, where he prosecuted violent felonies involving the use or possession of a firearm, including first-degree murder. Additionally, Mr. Marcus was also designated as a Special Assistant United States Attorney, which allowed him to prosecute federal crimes involving the use or possession of a firearm. During his time as a prosecutor,...

Claimed Lawyer Profile
Patrick Norman Bailey
Fort Myers, FL Criminal Law Attorney with 17 years experience
(239) 278-1005 1625 Hendry Street
Suite 101
Fort Myers, FL 33901
Free ConsultationCriminal, DUI, Domestic Violence and Juvenile
Nova Southeastern University
Compare Save
Show Preview
View Lawyer Profile Email Lawyer
Successful representation hinges on an extraordinarily thorough review of evidence and deep expertise and skill in trial litigation as well as pretrial motions and preparation. What makes my representation unique is that, unlike other firms which handle hundreds of cases, I only take on a certain number of cases at a time in order to dedicate full concentration to doing the best possible job for my clients. I use a highly focused approach in preparation, investigation, motion practice and trial presentation. 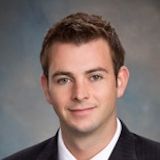