Claimed Lawyer Profile
CAPT Robert Blazewick US Navy
Pearl Harbor, HI Criminal Law Attorney with 35 years of experience
850 Willamette St
Pearl Harbor, HI 96860
Criminal, International and Military
Show Preview
View Lawyer Profile Email Lawyer
I am an active duty Navy Judge Advocate who practices in the areas of Criminal Law (currently prosecutions), Installation Law, and International Law. My next assignment will be as a professor of International Law. As I am active duty and not currently in a Defense billet, I cannot, at the present time, take on Military or US Government cases.
Compare Save

I am authorized to practice in all state and federal courts for...
Compare Save

Lars Peterson was born and raised in Germany and relocated to Hawai’i in 1999....
Compare Save

Free ConsultationCriminal, DUI, Domestic Violence and White Collar Crime
University of Hawai'i at Manoa William S. Richardson School of Law
Show Preview
View Website View Lawyer Profile Email Lawyer
Attorney Marcus Landsberg grew up in Los Angeles but visited his family in Hawaii every summer during his childhood. He earned a bachelor’s degree from the University of Arkansas, and after spending a couple of years teaching English in Japan, he earned his Juris Doctorate at the William S. Richardson School of Law at the University of Hawaii.
Marcus spent six and a half years working at the Public Defender’s Office before opening his own firm. With more than 15 years of experience, he has obtained successful case results on behalf of his clients in Honolulu and throughout Hawaii. Not only...
Compare Save

Criminal, Appeals, DUI and White Collar Crime
Southwestern Law School
Show Preview
View Website View Lawyer Profile
I realize there are many law firms competing for the privilege of representing you in your legal matter. I realize you have a difficult decision in determining which law firm would best serve your interests. I have worked hard for the past 21 years to distinguish my law firm from the others, and to build my reputation as an aggressive advocate for my clients offering honest and well reasoned legal advice. As you browse our website, you will quickly get a feel for what we call our “Commitment to Excellence.” Marc J. Victor has represented clients in more than...
Compare Save

Free ConsultationCriminal, Appeals, DUI and White Collar Crime
UDC David A. Clarke School of Law
Show Preview
View Website View Lawyer Profile Email Lawyer
Barry Sooalo has practiced law in the courts of Washington D.C., Hawaii and American Samoa. Barry's Sooalo's broad and highly specialized experience in the areas of criminal law, government relations, lobbying and legislation, customs law, business transactions, civil litigation, and appellate law, makes him a much sought after litigator and legal counsel in Hawaii for clients from Hawaii and for clients from abroad who require legal counsel and representation for legal matters in Hawaii and elsewhere. Mr. Sooalo is a veteran of the US Army.
Compare Save

(1 Peer Review)
(808) 529-0626 700 Bishop Street Suite #2000
Honolulu, HI 96813
Offers Video ConferencingVideo ConfHonolulu, HI Criminal Law Attorney with 28 years of experience
Criminal, Divorce and Immigration
Show Preview
View Website View Lawyer Profile Email Lawyer
The Law Office of Gary G. Singh is a high-volume practice providing legal assistance for immigrants on matters ranging from visa applications, adjustment of status, bond, exclusion and removal proceedings. Gary is an active member of the Hawaii Federal Criminal Justice Act panel where he represents clients before the Federal Court. He is fluent in English, Japanese, Malay and Punjabi, and has been a member of the Hawaii State Bar Association since 1995.
Compare Save 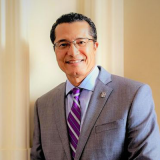 As a...
Compare Save

Free ConsultationCriminal, DUI, Domestic Violence and Military
University of Virginia and California Western School of Law
Show Preview
View Website View Lawyer Profile
I am an experienced criminal defense attorney on the Island of Oahu, Hawaii providing legal representation in all courts throughout the Hawaiian Islands and to military members anywhere in the world. I am admitted to practice law in California and Hawaii. The focus of my practice is defending civilians and servicemembers accused of a crime. However, I have a full service practice and you do not need to search any further for an attorney to represent you in any matter.
Compare Save

Claimed Lawyer ProfileSocial Media
Jason R Burks
Honolulu, HI Criminal Law Attorney with 23 years of experience
(808) 225-4685 1001 Bishop Street
Suite 1330
Honolulu, HI 96813
Free ConsultationCriminal, DUI and White Collar Crime
University of Hawai'i at Manoa William S. Richardson School of Law
Show Preview
View Website View Lawyer Profile Email Lawyer
I was born and raised in central Missouri and received my bachelor's degree in International Studies from the University of Missouri in 1996. Following graduation, I moved to Honolulu and attended the University of Hawaii's William S. Richardson School of Law where I received my juris doctorate in 1999. After receiving my JD, I served as a law clerk to the Honorable Victoria S. Marks in the First Circuit Court of the State of Hawaii. In 2000, I accepted a position as a Deputy Public Defender for the State of Hawaii and began my legal career working...
Compare Save 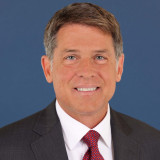 Claimed Lawyer ProfileOffers Video ConferencingSocial Media
Mr. Christopher D Thomas
Honolulu, HI Criminal Law Attorney with 23 years of experience
(808) 261-7710 1001 Bishop Street
Suite 2925
Honolulu, HI 96813
Free ConsultationOffers Video ConferencingVideo ConfCriminal, Arbitration & Mediation, Divorce and Domestic Violence
Creighton University
Show Preview
View Website View Lawyer Profile Email Lawyer
As an attorney and counselor at law, Christopher D. Thomas has founded his practice on the principles of assertive, energetic, yet personable representation of clients who face the most difficult of legal challenges. Chris understands the daunting tasks facing those he represents, and approaches these problems with the most proactive and resourceful strategies available. He knows that clients want real results, want them quickly, and in the most cost-effective manner possible. Whether via aggressive courtroom litigation, use of alternative dispute resolution, or just practical down to earth advice, success is founded by moving boldly forward to resolution in the...
Compare Save

Claimed Lawyer Profile
Noah Hoebreckx Gibson
Honolulu, HI Criminal Law Attorney
900 Fort Street Suite 1400
Honolulu, HI 96813
Free ConsultationCriminal, Divorce, Domestic Violence and Family
Show Preview
View Website View Lawyer Profile Email Lawyer
NOAH H. GIBSON is an associate with Coates & Frey LLLC Family Law Firm where he concentrates in Family Law litigation focusing on Paternity, Custody, Divorce, Post-Divorce and TRO issues, and was just selected by Super Lawyers as a "Rising Star" in the Family Law field, a designation limited to the top 3% of attorneys in the field. Noah is a 1999 graduate of Punahou Schools. He left Hawaii to attend the University of Michigan, Ann Arbor where he received his Degree in Economics. After working in Chicago for a number of years with Zach’s Investment Research, he returned...
Compare Save

Claimed Lawyer Profile
Steve Cedillos
Honolulu, HI Criminal Law Attorney
(808) 536-5242 1670 Makaloa Street
Ste. 204-338
Honolulu, HI 96814
Criminal, DUI, Traffic Tickets and White Collar Crime
Show Preview
View Website View Lawyer Profile Email Lawyer
Honolulu attorney Steve Cedillos received his Bachelor of Arts in Communications at the University of Hawaii, after which he studied at the University of Southern California, School of Professional Writing, where he focused on film and production. For his legal education, Mr. Cedillos studied at the University of Hawaii at Manoa, School of Law, where he received his Juris Doctor degree. Over the course of a legal career spanning more than 20 years, Mr. Cedillos has represented countless clients in criminal defense and family law cases of all types. When you hire Steve Cedillos to represent your...
Compare Save