Free ConsultationCriminal, DUI, Domestic Violence and White Collar Crime
Northern Illinois University
Show Preview
View Website View Lawyer Profile Email Lawyer
Attorney Mark Johnson is the founder of Johnson Law Group and a valuable legal representative in Illinois. As a former Crew Chief for the Air Force National Guard, a former police officer and a former prosecutor with the Illinois Attorney General's Office, attorney Johnson is a well-versed legal professional with a detailed understanding of both sides of the law. Having many associations and memberships under his belt and several bar admissions, he goes above and beyond to equip himself to provide aggressive counsel for each person that he represents. Call today to schedule your free initial consultation.
Compare Save

Free ConsultationCriminal, DUI, Divorce and Immigration
University of Iowa
Show Preview
View Website View Lawyer Profile Email Lawyer
Attorney Lauren A. Anaya has over 20 years' experience in the practice of law and is ready to put her experience to work for you. Dr. Anaya began her legal career with the United States Department of Justice after being hired pursuant to the Attorney General's Honors Program, the largest and most prestigious federal entry-level attorney hiring program of its kind. She served with the Executive Office for Immigration Review and subsequently went to work for the Immigration and Naturalization Service (INS) in the Office of the General Counsel. She knows immigration law and can assist...
Compare Save

Claimed Lawyer ProfileSocial Media
John Prior
McLean County, IL Criminal Law Lawyer with 31 years of experience
(309) 827-4300 1210 Towanda Ave. Suite 15
Bloomington, IL 61701
Criminal, DUI, Traffic Tickets and White Collar Crime
The John Marshall Law School
Show Preview
View Website View Lawyer Profile Email Lawyer
John Prior is a former elected State's Attorney and former Assistant State's Attorney in various counties. While a prosecutor, Mr. Prior was awarded a Department Special Award from the Illinois State Police for his work in prosecuting DUI cases. In 2004, Mr. Prior started his own law firm and has been practicing criminal defense ever since. He has won various awards, including being named the Top 100 Lawyers by the National Trial Lawyers. The Prior Law Firm's practice consists of 50% DUI & traffic, 25% drug sales/possession, and 25% violent crimes. Mr. Prior also helps...
Compare Save

Claimed Lawyer ProfileSocial Media
Brendan Bukalski
McLean County, IL Criminal Law Lawyer
(309) 565-8825 115 W. Front Street
Bloomington, IL 61701
Criminal and DUI
Southern Illinois University - Carbondale
Show Preview
View Website View Lawyer Profile Email Lawyer
From Speeding to Murder, we fight for our clients every day, and are known for aggressive criminal defense. Unlike many, we don't stop fighting after that. We work on getting them their driver's license back after the State has taken it, and on expunging or sealing criminal arrests and/or convictions, including obtaining pardons for our clients.
Compare Save

Claimed Lawyer Profile
Douglas B Johnson
McLean County, IL Criminal Law Lawyer with 5 years of experience
(309) 827-3670 115 West Front Street
Bloomington, IL 61701
Criminal, DUI and Traffic Tickets
Arizona Summit Law School
Show Preview
View Website View Lawyer Profile Email Lawyer
Douglas B. Johnson is a skilled young lawyer that graduated law school at an astonishing pace of 2 years. Doug graduated cum laude at the top of his class regularly receiving awards and honors for his academic achievements. Doug is a Bloomington-Normal native, as he was born and raised in the twin cities, and prior to joining Johnson Law Group worked for many years with State Farm at their Regional and Corporate offices, in the area. Doug is an experienced negotiator as he conducted mediations representing State Farm's interests. He also worked for a private investigation agency where he gained...
Compare Save

Claimed Lawyer ProfileSocial Media
Phil Finegan
McLean County, IL Criminal Law Lawyer with 9 years of experience
(309) 827-0388 111 W. Front St.
Bloomington, IL 61701
Free ConsultationCriminal, DUI, Real Estate and Traffic Tickets
Northern Illinois University
Show Preview
View Website View Lawyer Profile Email Lawyer
After attending the University of Illinois for Undergraduate school I attended Northern Illinois University School of Law. I was a Prosecutor for the McLean County State's Attorney's office before leaving the office to practice with my father Jim Finegan. I specialize in Criminal Defense, including DUIs, felony cases, drug cases, orders of protection and expungements and will use my background as a Prosecutor to help you defend your case.
Compare Save

Claimed Lawyer Profile
Kevin Sanborn
McLean County, IL Criminal Law Attorney with 16 years of experience
(309) 827-3670 115 W Front St
Bloomington, IL 61701
Free ConsultationCriminal, Cannabis Law, DUI and White Collar Crime
Southern Illinois University - Carbondale
Show Preview
View Website View Lawyer Profile Email Lawyer
Kevin is a dedicated attorney and advocate for his clients. He began his career in law as a prosecutor and prosecuted offenses ranging from DUI to Homicide, Sexual Assault, Fraud, and Domestic Violence. As a private attorney he has brought his incredible skill and knowledge to bear for his clients in similar cases. He fights and he wins.
Compare Save

Free ConsultationCriminal and DUI
University of Illinois College of Law
Show Preview
View Website View Lawyer Profile Email Lawyer
Bruno Law Offices was founded in 1980 in Urbana, Illinois. The firm concentrates in criminal cases, DUI, serious State and Federal cases such as sex and drug crimes. Thomas Bruno has been the principal in Bruno Law Offices since being licensed to practice law in 1980. Bruno Law Offices never charges for an initial office consultation. Contact us today at (217) 328-6000 to tell us your story and learn about how we may be able to help.
Compare Save

Claimed Lawyer ProfileSocial Media
Chris Gramm
McLean County, IL Criminal Law Lawyer with 19 years of experience
(309) 275-6677 820 E. Grove Street
Bloomington, IL 61704
Criminal, DUI and Traffic Tickets
Northern Illinois University
Show Preview
View Website View Lawyer Profile
Chris Gramm was born and raised in McLean County. After graduating from University High School in Normal, he received his BA from Illinois State University(ISU) and MA from the University of Illinois (U of I) prior to attending law school at Northern Illinois University(NIU). Before opening a law practice in Bloomington, he was formerly a lawyer with the McLean County State’s Attorney’s Office where he prosecuted misdemeanors, DUI and traffic cases. Chris is a member of the McLean County and Illinois State Bar Association and the National Association of Criminal Defense Lawyers. Chris is now a partner with the law...
Compare Save

Claimed Lawyer Profile
Colleen C.M. Ramais
Champaign County, IL Criminal Law Attorney with 11 years of experience
(217) 352-1800 306 W. Church St.
Champaign, IL 61820
Criminal and Business
University of Illinois College of Law
Show Preview
View Website View Lawyer Profile
Colleen C. M. Ramais joins Meyer Capel’s litigation team as a full-time associate after serving a two-year judicial clerkship with the Honorable Justice Rita B. Garman of the Illinois Supreme Court. Colleen graduated summa cum laude from the University of Illinois College of Law with her juris doctorate in 2010. As a law student, she was named to the Dean's List for all six law school semesters and was awarded the Celia M. Howard Fellowship for graduate study from the Illinois Federation of Business and Professional Women. She is a ten-time recipient of the CALI Excellence for the Future Award for...
Compare Save 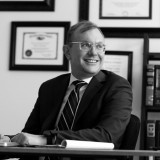 Free ConsultationCriminal, DUI, Traffic Tickets and White Collar Crime
The John Marshall Law School
Show Preview
View Website View Lawyer Profile Email Lawyer
Peter G. O’Connor knows how to defend people in court. Whether you are charged with a simple traffic ticket, a DUI, or a criminal offense, you can count on Peter to get you through it. The toughest part of the criminal process is not knowing the next step. There are many questions you may have. Am I going to go to jail? Will my employer find out? What will happen to my record? Will I lose my driving privileges? These are all completely normal questions for anyone facing a criminal charge. So Call me know to so we can discuss...
Compare Save
Next
Criminal Lawyers in Nearby Cities
FAQ Lawyers Get Listed