(1 Peer Review)
(618) 993-2222 1600 West Main St
Marion, IL 62959
Free ConsultationOffers Video ChatMarion, IL Criminal Law Attorney with 10 years of experience
Criminal, DUI and Personal Injury
Southern Illinois University - Carbondale
Compare Save
Show Preview
View Website View Lawyer Profile Email Lawyer
I am a former prosecutor for the Williamson County State's Attorney. I am proud to dedicate my life to defending the US and IL Constitutions and fighting for our rights. I am devoted to the prosecution of the wrongdoers in the practice of personal injury. I promise to do everything I can to get you the best possible outcome no matter how big or small your case may seem. Schedule a time to talk and I would be happy to give you a free consult, regardless of your legal issue.

Marion, IL Criminal Law Attorney with 5 years of experience
Criminal, DUI, Family and Traffic Tickets
Southern Illinois University - Carbondale
Compare Save
Show Preview
View Website View Lawyer Profile Email Lawyer
Brandon C. Mayberry grew up in Jonesboro, Illinois. After high school, Brandon attended Shawnee Community College where he earned an Associates of Arts degree. He then attended Southern Illinois University, where he earned a B.A. in Paralegal Studies with a specialization in Pre-Law graduating Cum Laude. From there, Brandon went on to attend Southern Illinois University School of Law. Brandon graduated from the SIU School of Law. While in law school, Brandon was a member and marshal of the Phi Alpha Delta law fraternity. While attending SIU School of Law Brandon began working as a law clerk for the Law... 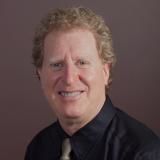 Claimed Lawyer Profile
Daniel Orloski
Carbondale, IL Criminal Law Lawyer with 22 years of experience
(618) 521-4328 1301 E. Main St., # 2531
Carbondale, IL 62902
Criminal, Appeals, Personal Injury and Real Estate
Southern Illinois University - Carbondale
Compare Save
Show Preview
View Website View Lawyer Profile
I adhere to the enduring philosophy that honesty, commitment, and personal service are the starting points for any good attorney-client relationship. I pride myself on putting my clients needs first and being a strong advocate on their behalf. In this regard, I have exceptionally strong skills in the areas of legal research, analysis, writing and advocacy. I am admitted and practice in the Federal District and Bankruptcy Courts for the Northern, Central and Southern District of Illinois and before the U.S. Seventh Judicial Court of Appeals and the United States Tax Court.

Claimed Lawyer ProfileSocial Media
Joel Daniel Beckwith
BELLEVILLE, IL Criminal Law Lawyer with 6 years of experience
(618) 233-2686 115 W. Washington
BELLEVILLE, IL 63102
Free ConsultationCriminal, DUI and Personal Injury
Southern Illinois University - Carbondale
Compare Save
Show Preview
View Website View Lawyer Profile Email Lawyer
Joel Beckwith, was born in Oklahoma City, Oklahoma, and raised by his parents in Southern Illinois. He obtained his undergraduate degree from Southern Illinois University Edwardsville in 2009, where he studied philosophy and political science. During his senior year he was awarded Outstanding Senior Assignment in Philosophy from SIUE. He later attended Southern Illinois University Carbondale where he obtained his law degree. During his final year in law school he completed a one year externship practicing in the public defender’s office. It was during this time he assisted his supervisor with a variety of criminal matters- from domestic disputes to...

Free ConsultationCriminal, DUI, Divorce and Traffic Tickets
Compare Save
Show Preview
View Website View Lawyer Profile Email Lawyer
I am a former prosecutor for Jackson, St. Clair, and Union Counties with extensive trial experience ready to help you when you need it most.


Free ConsultationCriminal, Divorce, Family and Probate
DePaul College of Law
Compare Save
Show Preview
View Website View Lawyer Profile Email Lawyer
Devin C. DiDominicus was born in Granite City, Illinois. He received his law degree from DePaul College of Law in Chicago, Illinois where he won awards for his superior performance in trial advocacy, litigation strategies, and securities law. After spending time with the Cook County Public Defender’s Office, he returned to southern Illinois to open his own practice. While practicing on his own, he handled family cases, including complex and contested divorces, as well as criminal and testamentary matters. Counselor DiDominicus now works with the firm of Swanson and Sackett, P.C.