Claimed Lawyer ProfileSocial Media
John Prior
Bloomington, IL Criminal Law Lawyer with 31 years of experience
(309) 827-4300 1210 Towanda Ave. Suite 15
Bloomington, IL 61701
Criminal, DUI, Traffic Tickets and White Collar Crime
The John Marshall Law School
Compare Save
Show Preview
View Website View Lawyer Profile Email Lawyer
John Prior is a former elected State's Attorney and former Assistant State's Attorney in various counties. While a prosecutor, Mr. Prior was awarded a Department Special Award from the Illinois State Police for his work in prosecuting DUI cases. In 2004, Mr. Prior started his own law firm and has been practicing criminal defense ever since. He has won various awards, including being named the Top 100 Lawyers by the National Trial Lawyers. The Prior Law Firm's practice consists of 50% DUI & traffic, 25% drug sales/possession, and 25% violent crimes. Mr. Prior also helps...

Claimed Lawyer ProfileSocial Media
Chris Gramm
Bloomington, IL Criminal Law Lawyer with 19 years of experience
(309) 275-6677 820 E. Grove Street
Bloomington, IL 61704
Criminal, DUI and Traffic Tickets
Northern Illinois University
Compare Save
Show Preview
View Website View Lawyer Profile
Chris Gramm was born and raised in McLean County. After graduating from University High School in Normal, he received his BA from Illinois State University(ISU) and MA from the University of Illinois (U of I) prior to attending law school at Northern Illinois University(NIU). Before opening a law practice in Bloomington, he was formerly a lawyer with the McLean County State’s Attorney’s Office where he prosecuted misdemeanors, DUI and traffic cases. Chris is a member of the McLean County and Illinois State Bar Association and the National Association of Criminal Defense Lawyers. Chris is now a partner with the law... 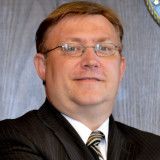 (2 Peer Reviews)
(847) 920-4540 1136 S. Delano Court West
Suite B201
Chicago, IL 60605
Free Consultation Offers Video Conferencing Video ConfChicago, IL Criminal Law Attorney with 15 years of experience
Criminal, DUI, Traffic Tickets and White Collar Crime
Saint Louis University School of Law
Compare Save
Show Preview
View Website View Lawyer Profile Email Lawyer
When you’re facing tough charges, you need a tough lawyer. Matt Fakhoury is an aggressive criminal defense attorney who will put your needs and your rights first! As a former prosecutor, Mr. Fakhoury knows the legal system from an insider's perspective--and that helps you get the results you deserve. Mr. Fakhoury is also an Adjunct Professor at DePaul University, where he teaches law courses in the undergraduate sociology department. With years of experience as a lawyer and professor, Mr. Fakhoury has tried numerous bench and jury trials for his clients with outstanding results. If you were arrested and charged...


Free Consultation Offers Video Conferencing Video ConfSchaumburg, IL Criminal Law Attorney with 28 years of experience
Criminal, DUI, Domestic Violence and White Collar Crime
Western Michigan University Cooley Law School
Compare Save
Show Preview
View Website View Lawyer Profile Email Lawyer
-Over 26 years of experience handling criminal cases in Cook County, DuPage County and Kane County, as well as federal courts as far away as Las Vegas.
-Rated “Superb”, the highest classification possible by AVVO, the organization that rates every attorney in the nation.
-Recognized as one of the "Top 100 Criminal Defense Trial Lawyers" by The National Trial Lawyers. This designation is only reserved for the “best of the best” and only for a very few distinguished attorneys.
-Named a "Best DWI Attorney" by Best DWI Attorney in 2017.
-Recognized as... 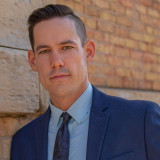 Free Consultation Offers Video Conferencing Video ConfCriminal, DUI, Domestic Violence and Traffic Tickets
Saint Louis University School of Law
Compare Save
Show Preview
View Website View Lawyer Profile Email Lawyer
I'm a criminal defense trial lawyer who has first chaired over 35 jury trials to verdict in the last 6 years. That is on top of the hundreds of bench trials and contested hearings decided by a judge alone that I have conducted since beginning my career in McHenry County in 2015. I am now a resident of Crystal Lake, Illinois and have made McHenry County my home. I am committed to advocating for my clients to protect their rights from the government throughout all stages of the criminal process. I am also an avid advocate for...

(3 Peer Reviews)
(773) 694-8129 20 N Clark Street, Suite 2200
Chicago, IL 60602
Free ConsultationChicago, IL Criminal Law Attorney with 24 years of experience
Criminal, DUI, Domestic Violence and White Collar Crime
University of Missouri - Columbia
Compare Save
Show Preview
View Website View Lawyer Profile Email Lawyer
A+ Rated with the BBB and with well over 100 5-Star reviews online, Andrew M. Weisberg is a highly successful criminal defense attorney. Call Now for a Free and Immediate Consultation at (773) 694-8129. Mr. Weisberg returns most calls within 15 minutes! Don't trust your freedom and future to lawyers who practice in multiple areas of law. It is critical to hire an attorney solely dedicated to the practice of criminal defense. Mr. Weisberg commits 100% of his practice to defending those who have been accused of a crime in Chicagoland. His sole mission is to provide the best representation...