Claimed Lawyer ProfileSocial Media
Phil Finegan
Bloomington, IL Criminal Law Lawyer with 10 years of experience
(309) 827-0388 111 W. Front St.
Bloomington, IL 61701
Free ConsultationCriminal, DUI, Real Estate and Traffic Tickets
Northern Illinois University
Show Preview
View Website View Lawyer Profile Email Lawyer
After attending the University of Illinois for Undergraduate school I attended Northern Illinois University School of Law. I was a Prosecutor for the McLean County State's Attorney's office before leaving the office to practice with my father Jim Finegan. I specialize in Criminal Defense, including DUIs, felony cases, drug cases, orders of protection and expungements and will use my background as a Prosecutor to help you defend your case.
Compare Save 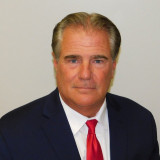 Claimed Lawyer ProfileSocial Media
Mark D. Johnson
Bloomington, IL Criminal Law Lawyer with 30 years of experience
(888) 338-3356 115 W Front St
Bloomington, IL 61701
Free ConsultationCriminal, DUI, Domestic Violence and White Collar Crime
Northern Illinois University
Show Preview
View Website View Lawyer Profile Email Lawyer
Attorney Mark Johnson is the founder of Johnson Law Group and a valuable legal representative in Illinois. As a former Crew Chief for the Air Force National Guard, a former police officer and a former prosecutor with the Illinois Attorney General's Office, attorney Johnson is a well-versed legal professional with a detailed understanding of both sides of the law. Having many associations and memberships under his belt and several bar admissions, he goes above and beyond to equip himself to provide aggressive counsel for each person that he represents. Call today to schedule your free initial consultation.
Compare Save

Claimed Lawyer Profile
Douglas B Johnson
Bloomington, IL Criminal Law Lawyer with 6 years of experience
(309) 827-3670 115 West Front Street
Bloomington, IL 61701
Criminal, DUI and Traffic Tickets
Arizona Summit Law School
Show Preview
View Website View Lawyer Profile Email Lawyer
Douglas B. Johnson is a skilled young lawyer that graduated law school at an astonishing pace of 2 years. Doug graduated cum laude at the top of his class regularly receiving awards and honors for his academic achievements. Doug is a Bloomington-Normal native, as he was born and raised in the twin cities, and prior to joining Johnson Law Group worked for many years with State Farm at their Regional and Corporate offices, in the area. Doug is an experienced negotiator as he conducted mediations representing State Farm's interests. He also worked for a private investigation agency where he gained...
Compare Save

Claimed Lawyer ProfileSocial Media
John Prior
Bloomington, IL Criminal Law Lawyer with 32 years of experience
(309) 827-4300 1210 Towanda Ave. Suite 15
Bloomington, IL 61701
Criminal, DUI, Traffic Tickets and White Collar Crime
The John Marshall Law School
Show Preview
View Website View Lawyer Profile Email Lawyer
John Prior is a former elected State's Attorney and former Assistant State's Attorney in various counties. While a prosecutor, Mr. Prior was awarded a Department Special Award from the Illinois State Police for his work in prosecuting DUI cases. In 2004, Mr. Prior started his own law firm and has been practicing criminal defense ever since. He has won various awards, including being named the Top 100 Lawyers by the National Trial Lawyers. The Prior Law Firm's practice consists of 50% DUI & traffic, 25% drug sales/possession, and 25% violent crimes. Mr. Prior also helps...
Compare Save

Criminal, DUI and Traffic Tickets
Northern Illinois University
Show Preview
View Website View Lawyer Profile
Chris Gramm was born and raised in McLean County. After graduating from University High School in Normal, he received his BA from Illinois State University(ISU) and MA from the University of Illinois (U of I) prior to attending law school at Northern Illinois University(NIU). Before opening a law practice in Bloomington, he was formerly a lawyer with the McLean County State’s Attorney’s Office where he prosecuted misdemeanors, DUI and traffic cases. Chris is a member of the McLean County and Illinois State Bar Association and the National Association of Criminal Defense Lawyers. Chris is now a partner with the law...
Compare Save

Claimed Lawyer ProfileSocial Media
Brendan Bukalski
Bloomington, IL Criminal Law Lawyer
(309) 565-8825 115 W. Front Street
Bloomington, IL 61701
Criminal and DUI
Southern Illinois University - Carbondale
Show Preview
View Website View Lawyer Profile Email Lawyer
From Speeding to Murder, we fight for our clients every day, and are known for aggressive criminal defense. Unlike many, we don't stop fighting after that. We work on getting them their driver's license back after the State has taken it, and on expunging or sealing criminal arrests and/or convictions, including obtaining pardons for our clients.
Compare Save

Claimed Lawyer Profile
Kevin Sanborn
Bloomington, IL Criminal Law Attorney with 17 years of experience
(309) 827-3670 115 W Front St
Bloomington, IL 61701
Free ConsultationCriminal, Cannabis Law, DUI and White Collar Crime
Southern Illinois University - Carbondale
Show Preview
View Website View Lawyer Profile Email Lawyer
Kevin is a dedicated attorney and advocate for his clients. He began his career in law as a prosecutor and prosecuted offenses ranging from DUI to Homicide, Sexual Assault, Fraud, and Domestic Violence. As a private attorney he has brought his incredible skill and knowledge to bear for his clients in similar cases. He fights and he wins.
Compare Save

(3 Peer Reviews)
(773) 694-8129 20 N Clark Street, Suite 2200
Chicago, IL 60602
Free ConsultationChicago, IL Criminal Law Attorney with 26 years of experience
Criminal, Domestic Violence and White Collar Crime
University of Missouri - Columbia
Show Preview
View Website View Lawyer Profile Email Lawyer
A+ Rated with the BBB and with well over 100 5-Star reviews online, Andrew M. Weisberg is a highly successful criminal defense attorney. Call Now for a Free and Immediate Consultation at (773) 694-8129. Mr. Weisberg returns most calls within 15 minutes! Don't trust your freedom and future to lawyers who practice in multiple areas of law. It is critical to hire an attorney solely dedicated to the practice of criminal defense. Mr. Weisberg commits 100% of his practice to defending those who have been accused of a crime in Chicagoland. His sole mission is to provide the best representation...
Compare Save

If you have been charged with a crime, you want to know your attorney will take a sincere interest in your case and do...
Compare Save

Free ConsultationOffers Video ConferencingVideo ConfChicago, IL Criminal Law Lawyer with 13 years of experience
Criminal, DUI and Traffic Tickets
Chicago-Kent College of Law, Illinois Institute of Technology
Show Preview
View Website View Lawyer Profile Email Lawyer
Brandon K. Davis is a defense attorney at The Davis Law Group, P.C. where he primarily represents clients charged with DUI, criminal and traffic-related offenses. He has been recognized for his accomplishments by a variety of organizations including SuperLawyers in the fields of DUI and Criminal Defense. Brandon also regularly represents those facing the suspension, revocation or cancellation of their driving privileges. Brandon received his Bachelor of Arts Degree from the University of Wisconsin-Madison with a major in Political Science and a minor in Business. He received his J.D. from Chicago-Kent College of Law. Brandon is a member of the...
Compare Save