Claimed Lawyer ProfileOffers Video ChatSocial MediaResponsive Law
Peter Hansen
Burlington, IA Criminal Law Attorney with 37 years of experience
(319) 752-5515 319 North Main Street
Burlington, IA 52601
Free ConsultationOffers Video ChatCriminal, Bankruptcy, DUI and Personal Injury
University of Iowa
Compare Save
Show Preview
View Website View Lawyer Profile Email Lawyer
Let a qualified, award-winning lawyer take care of all your legal needs. At Hansen Law Offices in Burlington, Iowa, we have over 35 years of experience in representing our clients in the state and federal courts. It is our primary goal to diligently ensure that our clients receive the best legal assistance available, while maintaining all of their rights afforded under the law.

Claimed Lawyer ProfileSocial Media
Thomas Deacon Steven Farnsworth
Iowa City, IA Criminal Law Attorney with 13 years of experience
(319) 333-1869 103 E. College Suite 209
Iowa City, IA 52240
Free ConsultationCriminal, Cannabis Law and DUI
University of Iowa
Compare Save
Show Preview
View Website View Lawyer Profile Email Lawyer
Thomas D. S. Farnsworth was born and raised in Iowa City, Iowa. Thomas received a Bachelor of Business Administration, in Finance, from the University of Iowa and the Henry B. Tippie College of Business. During Thomas' undergraduate experience he clerked at a local law firm and worked as a pretrial interviewer for the Sixth Judicial District of Iowa. In 2004 Thomas began the accelerated program in at the University of Iowa College of Law and graduated in December of 2006. While in law school Thomas was licensed by the Iowa Supreme Court to work as a prosecuting legal intern. Thomas...

West Des Moines, IA 50266
Free ConsultationCriminal and Personal Injury
Compare Save
Show Preview
View Website View Lawyer Profile Email Lawyer
For many years, Ward (Sam) Rouse has represented people who have been injured in some way, whether through damage to their health, property, financial situation, or reputation. If you have been wrongfully deprived of a right, health, property, or even your good reputation, Mr. Rouse can help. Even if your opponent is a huge entity - the government, a major corporation, or an insurance company, Mr. Rouse can level the playing field.

Urbandale, IA 50322
Free ConsultationOffers Video ChatCriminal, DUI, Family and Juvenile
Compare Save
Show Preview
View Website View Lawyer Profile Email Lawyer
Celena graduated from Case Western Reserve University School of Law with a criminal law concentration. During law school, Celena worked for the Cuyahoga County Public Defender's Office where she defended clients against a variety of charges, including numerous OWIs in the City of Cleveland. Celena also worked in the Juvenile Division and has experience with emergency custody situations and juvenile delinquency. At the Federal Public Defender's Office for the Northern District of Ohio, Celena gained additional experience with complex drug charges and crimes against children. 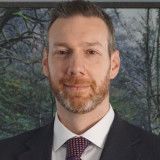 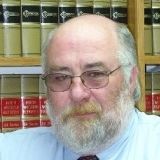 Claimed Lawyer ProfileSocial Media
Adam Pollack
Iowa City, IA Criminal Law Lawyer with 22 years of experience
(319) 338-1633 1129 E. Washington St,
Iowa City, IA 52245
Free ConsultationCriminal and DUI
University of Iowa
Compare Save
Show Preview
View Website View Lawyer Profile Email Lawyer
As a licensed attorney in both Iowa and California, Adam Pollack has been practicing law since 1998. As a former prosecutor for Johnson County (Iowa City area), Adam Pollack has an experienced and nuanced view regarding the complexities of the criminal justice system. Pollack has practiced criminal defense in Iowa for over a decade.

Claimed Lawyer Profile
Eric D. Tindal
Williamsburg, IA Criminal Law Lawyer
(319) 668-1323 600 Court Street
Box 656
Williamsburg, IA 52361
Criminal, Landlord Tenant, Medical Malpractice and Traffic Tickets
University of Iowa
Compare Save
Show Preview
View Website View Lawyer Profile
ERIC D. TINDAL, partner, is a 2000 graduate of the University of Iowa College of Law where he graduated with distinction. He has worked in association with the firms of Saylor & Tindal in Williamsburg and Tindal & Kitchen in Washington, and he is the city attorney for the City of Williamsburg. Mr. Tindal also served nine years in the United States Army Reserves as a Respiratory Specialist. He is a member of the Iowa State Bar Association, the Iowa Trial Lawyers Association and Dean Mason Ladd American Inn of Court. He has been in practice...


Urbandale, IA 50322
Criminal, Estate Planning, Family and Juvenile
Compare Save
Show Preview
View Website View Lawyer Profile Email Lawyer
Law school doesn’t just teach you about the law. It also teaches you to never give up. While it was probably the hardest thing I ever did, the lessons I learned there are why I can stand up for clients at some of the hardest times of their lives. I graduated from Drake Law School in 2004 and have ten years of experience in the courts of Iowa standing up for people’s rights, whether as a private attorney, a prosecutor or a child protection attorney. 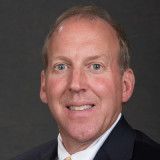 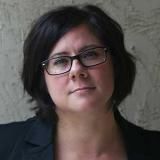