Free ConsultationCriminal and Personal Injury
Michigan State University
Compare Save
Show Preview
View Website View Lawyer Profile Email Lawyer
I am a native of Carroll, Iowa and grew up on a farm. Early on, my parents taught me the meaning of hard work. My chores on the farm included feeding livestock, baling hay, walking beans and detasseling corn. In addition to the work on the farm, I woke up at 5:30 a.m. every Saturday and Sunday during high school to work at a restaurant in town. I graduated from Kuemper High School in 2006. 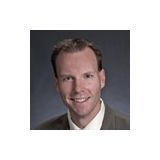