Claimed Lawyer ProfileQ&ASocial Media
Brendan Joseph McLeod
Prospect, KY Criminal Law Lawyer with 17 years experience
(502) 386-1414 1801 Huckleberry Lane
Prospect, KY 40059
Free ConsultationCriminal, DUI, Domestic Violence and Traffic Tickets
University of Pittsburgh School of Law and University of Louisville
Compare Save
Show Preview
View Website View Lawyer Profile Email Lawyer
Louisville Criminal Defense Attorney Brendan McLeod is available to represent you. Also, Brendan McLeod is an Oldham County Criminal Defense Attorney, too. Mr. McLeod lives and practices in Oldham County. Currently, the majority of his practice is in Louisville, or Jefferson County. A straight shooting criminal attorney who has the background and experience to get what you want or get it at trial. And Win! He is a veteran of Operation Desert Storm, trained and entered into a USAF Combat Weather Unit, supporting the Army 20th Special Forces.
Being an attorney... 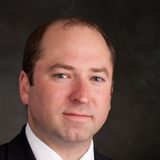 Covington, KY 41011
Free ConsultationCriminal, Business, Civil Rights and Personal Injury
Salmon P. Chase College of Law, Northern Kentucky University
Compare Save
Show Preview
View Website View Lawyer Profile Email Lawyer
Benjamin "Tom" Pugh was admitted to practice in 2010 and is a founding partner of Pugh & Roach, Attorneys at Law, PLLC. He is licensed in both Ohio and Kentucky. He has extensive insurance experience after spending three years in the industry. During law school, he externed with the Kentucky Department of Public Advocacy serving in the Kentucky Innocence Project.

Tom grew up in Northern Kentucky, where he currently lives.

Covington, KY 41011
Free ConsultationCriminal, DUI, Domestic Violence and Family
Salmon P. Chase College of Law, Northern Kentucky University
Compare Save
Show Preview
View Website View Lawyer Profile Email Lawyer
Kristin grew up in Northern Kentucky and has been protecting the rights of individuals, families and children since 2009. She fights for her clients accused of crimes by the government, including federal offenses, felonies, misdemeanors, DUI and juvenile offenses. Kristin also maintains a family law practice where she focuses on adoption and juvenile law. 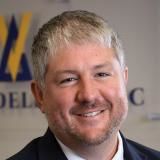 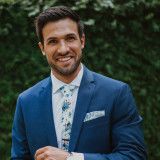 Spencer then received his law degree from Salmon P. Chase College of Law in 2014, and was placed on the Dean’s list for his academic achievements. Spencer is also a member of the Cincinnati Bar Association, Northern Kentucky Bar Association, and Louisville Bar Association.