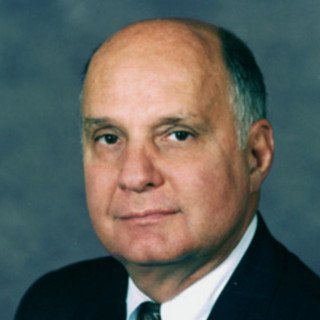 
Offers Video ChatLexington, KY Criminal Law Lawyer with 11 years of experience
Criminal, DUI, Traffic Tickets and White Collar Crime
University of Kentucky College of Law
Compare Save
Show Preview
View Website View Lawyer Profile Email Lawyer
Whether you are looking at a simple speeding ticket or a capital murder we are ready to take your problem head-on. If you are charged with a crime or under investigation for one, contact my office today.

Claimed Lawyer ProfileSocial Media
Daniel Hurst
Harrodsburg, KY Criminal Law Lawyer with 7 years of experience
(859) 605-4055 104 West Poplar Street
Harrodsburg, KY 40330
Free ConsultationCriminal, DUI, Divorce and Traffic Tickets
University of Kentucky College of Law
Compare Save
Show Preview
View Website View Lawyer Profile Email Lawyer
Daniel Hurst is one of the Founding Partners of Hurst & Hurst Law. He is a transplant to Danville and considers his move here to be among the best decisions he has ever made. Daniel grew up in Berea, Kentucky where he met the woman who would become his wife and law partner, Rebecca Hurst.

Claimed Lawyer ProfileSocial Media
Todd W. Burris
Lexington, KY Criminal Law Attorney with 13 years of experience
(859) 252-2222 301 E. Main St.
Suite 1000-A
Lexington, KY 40507
Free ConsultationCriminal, DUI, Medical Malpractice and Personal Injury
University of Kentucky College of Law
Compare Save
Show Preview
View Website View Lawyer Profile Email Lawyer
Todd W. Burris is the founder and principal attorney at the Law Office of Todd Burris, PSC, helping people in Lexington and communities throughout Fayette County who have suffered personal injury or wrongful death due to the negligence or wrongful conduct of another. A native of Lexington, Todd Withers Burris grew up on a farm in neighboring Jessamine County until his family moved to Lexington when he was eight. He attended Henry Clay High School and later went on to earn his undergraduate and law degrees from the University of Kentucky. After graduating law school in the top third...

Claimed Lawyer ProfileSocial Media
Wesley Browne
Richmond, KY Criminal Law Attorney with 21 years of experience
(859) 624-4077 244 South Second Street
Richmond, KY 40475
Free ConsultationCriminal, Consumer, DUI and Personal Injury
University of Kentucky College of Law
Compare Save
Show Preview
View Website View Lawyer Profile Email Lawyer
Wesley Browne began his legal career as a prosecutor in Madison County, Kentucky in 1999 before moving into private practice. In those years he has developed a reputation as an outstanding trial attorney, and a skillful aggressive negotiator. Browne serves the communities of Richmond and Berea, as well as surrounding areas including Winchester/Clark County, Irvine/Ravenna/Estill County, Jackson County, and other nearby communities. Browne is married and has two children in the Madison County School system. A former college athlete, he has volunteered his time as a youth sports coach for over sixteen years. He also owns other...

Claimed Lawyer ProfileSocial Media
Robert A. Morrin
Richmond, KY Criminal Law Attorney with 9 years of experience
(859) 358-0300 214 W Main St
Richmond, KY 40475
Free ConsultationCriminal, Insurance Claims and Personal Injury
Salmon P. Chase College of Law, Northern Kentucky University
Compare Save
Show Preview
View Website View Lawyer Profile Email Lawyer
Robert "Rob" A. Morrin was raised and educated in Richmond, Kentucky. He completed his undergraduate studies at Eastern Kentucky University, earning his Bachelor of Arts degree in Political Science in 2004. Upon application to Salmon P. Chase College of Law, he was awarded an academic scholarship which allowed him to attend. While at Chase, he served as a Member of the Honor Council, a Student Representative in the Student Bar Association, Congressional Intern on Capitol Hill in Washington, D.C., a Group Leader for the pro bono project Water for Haiti, and as a Criminal Defense Intern with...

Criminal, DUI, Divorce and Traffic Tickets
University of Louisville
Compare Save
Show Preview
View Website View Lawyer Profile
Since 2001, our office has been serving Danville, Boyle County and throughout Central Kentucky with many areas of legal issues ranging from: Divorce, Custody, Child Visitation, Child Support, Juvenile Law, Adoption, Guardianship, Will and Trusts, Probate, Asset Protection, Elder Law, Criminal Law, Probation Revocation Hearing, Landlord and Tenant issues, Personal Injury, IRS Debt Relief and Debt Collections. Our goal is to help our client in the law in the time when they need it the most. If you have any questions please feel free to call and make an appointment or visit our website at www....


Free ConsultationCriminal, DUI and Family
Compare Save
Show Preview
View Website View Lawyer Profile Email Lawyer
Patrick Barsotti, a native of Boyle County, returns to his roots in the Danville community eager to offer his legal services to those who supported his early years. Patrick recognizes the privilege of being a member of the business community in Central Kentucky, which fostered the family business that he grew up in. The Barsotti family has a long history of community service and professional integrity throughout the area. As an attorney, Patrick understands that every legal matter demands a unique solution. As such, he enjoys working closely with his clients so that he can satisfy their needs and effectively...