Danville, KY 40422
Free ConsultationCriminal, DUI, Divorce and Traffic Tickets
University of Kentucky College of Law
Compare Save
Show Preview
View Website View Lawyer Profile Email Lawyer
Daniel Hurst is one of the Founding Partners of Hurst & Hurst Law. He is a transplant to Danville and considers his move here to be among the best decisions he has ever made. Daniel grew up in Berea, Kentucky where he met the woman who would become his wife and law partner, Rebecca Hurst.

Richmond, KY 40475
Free ConsultationCriminal, Insurance Claims and Personal Injury
Salmon P. Chase College of Law, Northern Kentucky University
Compare Save
Show Preview
View Website View Lawyer Profile Email Lawyer
Robert "Rob" A. Morrin was raised and educated in Richmond, Kentucky. He completed his undergraduate studies at Eastern Kentucky University, earning his Bachelor of Arts degree in Political Science in 2004. Upon application to Salmon P. Chase College of Law, he was awarded an academic scholarship which allowed him to attend. While at Chase, he served as a Member of the Honor Council, a Student Representative in the Student Bar Association, Congressional Intern on Capitol Hill in Washington, D.C., a Group Leader for the pro bono project Water for Haiti, and as a Criminal Defense Intern with...

Claimed Lawyer ProfileSocial Media
Todd W. Burris
Fayette County, KY Criminal Law Attorney with 13 years experience
(859) 252-2222 301 E. Main St.
Suite 1000-A
Lexington, KY 40507
Free ConsultationCriminal, DUI, Medical Malpractice and Personal Injury
University of Kentucky College of Law
Compare Save
Show Preview
View Website View Lawyer Profile Email Lawyer
Todd W. Burris is the founder and principal attorney at the Law Office of Todd Burris, PSC, helping people in Lexington and communities throughout Fayette County who have suffered personal injury or wrongful death due to the negligence or wrongful conduct of another. A native of Lexington, Todd Withers Burris grew up on a farm in neighboring Jessamine County until his family moved to Lexington when he was eight. He attended Henry Clay High School and later went on to earn his undergraduate and law degrees from the University of Kentucky. After graduating law school in the top third...

Claimed Lawyer ProfileSocial Media
Roger Mitchell Berryman
Clark County, KY Criminal Law Attorney
(859) 745-4762 2 N Main St
Winchester, KY 40391
Free ConsultationCriminal, DUI, Divorce and Domestic Violence
University of Kentucky College of Law
Compare Save
Show Preview
View Website View Lawyer Profile Email Lawyer
My name is Roger Mitchell Berryman. I have a private practice in Winchester, Kentucky. I have been a practicing attorney for more than twenty years. I work as hard as possible in representing my clients' interests. I practice in Clark and surrounding counties in Kentucky and will practice anywhere in the Bluegrass. Call to make an appointment. Your first consultation is always free!

Claimed Lawyer ProfileSocial Media
Wesley Browne
Madison County, KY Criminal Law Attorney with 20 years experience
(859) 624-4077 244 South Second Street
Richmond, KY 40475
Free ConsultationCriminal, Consumer, DUI and Personal Injury
University of Kentucky College of Law
Compare Save
Show Preview
View Website View Lawyer Profile Email Lawyer
Wesley Browne began his legal career as a prosecutor in Madison County, Kentucky in 1999 before moving into private practice. In those years he has developed a reputation as an outstanding trial attorney, and a skillful aggressive negotiator. Browne serves the communities of Richmond and Berea, as well as surrounding areas including Winchester/Clark County, Irvine/Ravenna/Estill County, Jackson County, and other nearby communities. Browne is married and has two children in the Madison County School system. A former college athlete, he has volunteered his time as a youth sports coach for over sixteen years. He also owns other...

Claimed Lawyer Profile
Breck Norment
Fayette County, KY Criminal Law Attorney with 6 years experience
(859) 363-5959 277 East High Street
Suite 301
Lexington, KY 40507
Free ConsultationCriminal, Construction, DUI and White Collar Crime
University of Kentucky College of Law
Compare Save
Show Preview
View Website View Lawyer Profile Email Lawyer
William B. Norment III (brecknorment@gmail.com) is a zealous advocate for his clients and regularly appears on their behalf in circuit, family, and district courts across Kentucky. Mr. Norment is admitted to practice in the Commonwealth of Kentucky and the United States District Court, Eastern and Western Districts of Kentucky. Mr. Norment earned his law degree from the University of Kentucky College of Law in 2013 where he graduated in the top third of his class. At UK, he also served as a staff member of the Kentucky Journal of Equine, Agriculture, and Natural Resources Law,...

Claimed Lawyer ProfileBlawg Search
Michael Dean Zimmerman Esq
Fayette County, KY Criminal Law Attorney
(859) 685-1021 333 W. Vine St.
Suite 300
Lexington, KY 40507
Free ConsultationCriminal and DUI
University of Cincinnati College of Law
Compare Save
Show Preview
View Website View Lawyer Profile Email Lawyer
Shortly after passing the Ohio State Bar exam, I was called to active duty in the United States Marine Corps in October of 2002. I attended Naval Justice School and was assigned as the chief prosecuting attorney of Marine Corps Air Station New River. I served two tours in Iraq. I was active duty USMC through 2007 and continue to be a USMC Reservist and am Deputy Staff Judge Advocate of the 4th Marine Aircraft Wing. When I was no longer active duty USMC, I accepted a position as an Assistant Prosecutor for Hamilton County, Ohio. And recently, I accepted a position as a criminal...


Lexington, KY 40507
Free ConsultationCriminal and Immigration
University of Kentucky College of Law
Compare Save
Show Preview
View Website View Lawyer Profile Email Lawyer
My practice is primarily focused on immigration law. I represent clients in removal proceedings before the immigration courts and the Board of Immigration Appeals. I also assist clients in filing petitions with the Department of Homeland Security (e.g., DACA, victim visas, asylum and family-based) and the Department of State (i.e., visas). Our firm CF Abogados also handles criminal, family and civil matters. We speak Spanish, Portuguese and Italian. We offer free consultations and would be happy to assist you. As an army brat, I lived in South and Central America for much of...

Danville, KY 40422
Criminal, DUI, Divorce and Traffic Tickets
University of Louisville
Compare Save
Show Preview
View Website View Lawyer Profile
Since 2001, our office has been serving Danville, Boyle County and throughout Central Kentucky with many areas of legal issues ranging from: Divorce, Custody, Child Visitation, Child Support, Juvenile Law, Adoption, Guardianship, Will and Trusts, Probate, Asset Protection, Elder Law, Criminal Law, Probation Revocation Hearing, Landlord and Tenant issues, Personal Injury, IRS Debt Relief and Debt Collections. Our goal is to help our client in the law in the time when they need it the most. If you have any questions please feel free to call and make an appointment or visit our website at www....

Claimed Lawyer ProfileSocial Media
Patrick F. Barsotti
Boyle County, KY Criminal Law Attorney with 4 years experience
(859) 429-3444 421 S. 4th Street
Suite 102
Danville, KY 40422
Free ConsultationCriminal, DUI and Family
Compare Save
Show Preview
View Website View Lawyer Profile Email Lawyer
Patrick Barsotti, a native of Boyle County, returns to his roots in the Danville community eager to offer his legal services to those who supported his early years. Patrick recognizes the privilege of being a member of the business community in Central Kentucky, which fostered the family business that he grew up in. The Barsotti family has a long history of community service and professional integrity throughout the area. As an attorney, Patrick understands that every legal matter demands a unique solution. As such, he enjoys working closely with his clients so that he can satisfy their needs and effectively...

Danville, KY 40422
Criminal, Cannabis Law, DUI and Divorce
University of Kentucky College of Law
Compare Save
Show Preview
View Website View Lawyer Profile Email Lawyer
Patrick McClure has been a very active voice in the Danville area since 2000, and formed McClure and McClure with legendary Boyle County attorney George in 2004. While Kentucky does not certify specialties of legal practice, focusing on the Criminal Defense, including DUI, Drugs, including Marijuana, Divorce, Custody, and other Family Law allows Patrick to stay fresh while his roots allow him to cater to our local clientele. George maintains his presence in estate planning, Wills, Real Estate, and Bankruptcy while assisting Patrick in the Courtroom battles of the District, Circuit, and Family Courts of Central Kentucky. The McClure family of... 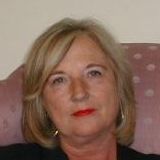 Claimed Lawyer ProfileOffers Video Chat
Lola Philpot Lewis
Fayette County, KY Criminal Law Attorney with 31 years experience
(859) 281-1313 149 North Limestone Street
lewislola@aol.com
Lexington, KY 40507
Offers Video ChatDivorce, Domestic Violence and Family
University of Louisville Louis D. Brandeis School of Law
Compare Save
Show Preview
View Lawyer Profile Email Lawyer
I have lived in Lexington, KY for the majority of my life. I worked at the Office of the Attorney General while attending lawsuit and immediately upon graduating, I worked in Criminal Appellate Division of the AG's Office.
In 1989, I setup a private practice in Lexington, Kentucky where I have been practicing in all facets of family Law, Wills, Trust and Estates, Criminal, Business, Contracts, Employment Law and some Personal Injury.
I practice out of the Lexington Downtown Office location.
I have always been a very dedicated...