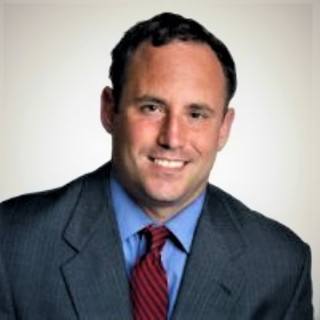 Claimed Lawyer ProfileQ&ASocial Media
Scott Harper
Shelbyville, KY Criminal Law Attorney with 6 years of experience
(502) 780-2226 524 Main Street
Suite 2
Shelbyville, KY 40065
Free ConsultationCriminal, Business, DUI and Personal Injury
University of Louisville
Show Preview
View Website View Lawyer Profile Email Lawyer
Harper Law Co PLLC is a boutique law office, dedicated to providing personal and intelligent legal counsel. At the Harper Law Co PLLC it is understood that every case matters and every client has a personal stake in the outcome. There are many choices available when choosing the proper legal counsel and I would encourage you to consider the Harper Law Co PLLC because of my dedication to each client. We all pass through different seasons in our life, some good, and some bad, however during those seasons where legal counsel is needed I make it my life’s work to...
Compare Save

Claimed Lawyer ProfileQ&ASocial Media
Richard J. Head
Shelbyville , KY Criminal Law Lawyer with 38 years of experience
(502) 722-9413 204 Washington Street
Shelbyville , KY 40065
Free ConsultationCriminal, DUI, Family and Personal Injury
University of Louisville
Show Preview
View Website View Lawyer Profile Email Lawyer
I am licensed in Federal Court, Eastern and Western Districts, The United States Sixth Circuit, And the United States Supreme Court. I have offices in Shelby County, Kentucky, and Louisville, Jefferson County, Kentucky. I practice Plaintiff's Personal Injury Law, but also represent two Fire Departments in Shelby County, Kentucky, both of which respond to wrecks on Interstate 64, or "I-64" in Kentucky. If you have been injured in a wreck involving a car, truck, or semi tractor trailer, give my office a call.
Compare Save

Free ConsultationCriminal, Appeals, DUI and Traffic Tickets
Show Preview
View Website View Lawyer Profile Email Lawyer
Apollo Law, PLLC is a law office located in downtown Frankfort, Kentucky, owned and operated by Jason Apollo Hart, an experienced and dependable criminal defense attorney and personal injury lawyer. He has a passion for the fair representation of all Kentuckians and is a staunch defender of the peoples’ legal rights.
On December 12, 1981, Jason Hart and his twin brother were born in Dayton, Ohio. In the 1995, he and his family moved to Olympia, Kentucky, where Jason attended Bath County High School. Jason’s mother worked as a paralegal at a local law firm in Morehead, Kentucky and raised Jason,...
Compare Save 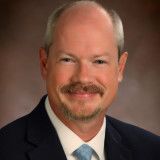 Claimed Lawyer ProfileBlawg Search
John Thomas Hester
Louisville, KY Criminal Law Lawyer with 14 years of experience
(800) 800-8888 1601 Business Center Ct
Louisville, KY 40299
Criminal, Medical Malpractice, Nursing Home and Personal Injury
Show Preview
View Website View Lawyer Profile Email Lawyer
John has a B.A. in Spanish and Communications from the University of Louisville and worked as an editor for a decade before returning to school and earning his J.D. from the University of Louisville Brandeis School of Law. He is a member of Kentucky Bar Association and the Kentucky Justice Association.
Compare Save