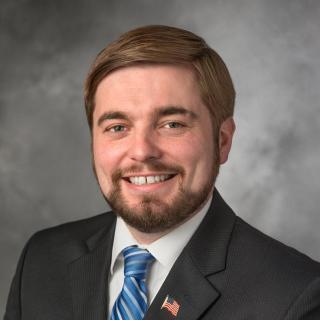 Claimed Lawyer Profile
Mr. Daniel W. Grow
St. Joseph, MI Criminal Law Lawyer with 28 years of experience
(800) 971-8420 800 Ship Street
Suite 110
St. Joseph, MI 49085
Criminal, Appeals, DUI and White Collar Crime
University of Detroit Mercy School of Law
Compare Save
Show Preview
View Lawyer Profile Email Lawyer
Attorney Daniel W. Grow of Grow Defense practices in all courts in West Michigan. Because Mr. Grow believes that your freedom comes first, he handles each stage of your representation personally. Never more than a phone call away, he will keep you apprised of all developments in your case and is happy to be your guide to a successful resolution of your charges. He has been successful in having charges dismissed or reduced, vindicated at trial, and resolved without substantial custody time or fines.

Criminal, Divorce, Family and Juvenile
Florida Coastal School of Law and Michigan State University
Compare Save
Show Preview
View Website View Lawyer Profile Email Lawyer
Alesha Burnash is an Associate Attorney and Litigation Case Manager at Willis Law. Alesha was born and raised in Flint, Michigan and attended Michigan State University where she received her B.A. in Business Administration-Pre Law. Alesha went on to attend Law School at Florida Coastal School of Law in Jacksonville, Florida, where she was an active member in the Environmental Law Program, Animal Rights Law Society, and Public Interest Law Society. Shortly after graduation, Alesha moved to Tennessee and became licensed to practice law in the Tennessee in November of 2009. Alesha entered private practice, focusing on Family Law,...

Blawg SearchSocial Media
Donald H Smith
Paw Paw, MI Criminal Law Lawyer with 19 years of experience
203 South Niles
Paw Paw, MI 49079
Free ConsultationCriminal, DUI, Domestic Violence and White Collar Crime
Michigan State University
Compare Save
Show Preview
View Website View Lawyer Profile Email Lawyer
Don was born and raised in Kalamazoo, Michigan and graduated from Kalamazoo Christian High School in 1989. He attended Hope College in Holland, Michigan and graduated with a BA in Psychology/Sociology in 1993. In 1994, Don went to work as a child abuse investigator with the Michigan Department of Social Services, where he assisted hundreds of abused and neglected children and their families. In 2000, Don was promoted to management, making him the youngest Children’s Protective Services Supervisor in Michigan at that time. In 2002, Don graduated magna cum laude and earned his juris doctorate degree from Michigan State University...