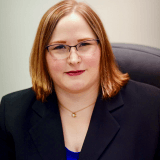 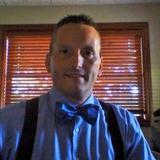 Free Consultation Offers Video Conferencing Video ConfCriminal, DUI and White Collar Crime
Western Michigan University Cooley Law School
Compare Save
Show Preview
View Website View Lawyer Profile Email Lawyer
I understand that hard working and good people may have made a bad choice. I understand that all people make mistakes. I won’t judge you. I am here to help you! I am a felony and misdemeanor defense lawyer in Grand Rapids, Michigan. I take pride in helping the good and hard working people of West Michigan find their way through the complicated and intimidating maze that is known as the criminal justice system. 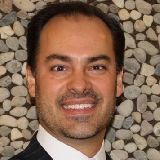 (1 Peer Review)
(800) 342-7896 2022 Fuller Ave.
Ste. 211
Grand Rapids, MI 49505
Free Consultation Offers Video Conferencing Video ConfKent County, MI Criminal Law Lawyer with 25 years of experience
Criminal, Appeals, DUI and White Collar Crime
Western Michigan University Cooley Law School
Compare Save
Show Preview
View Website View Lawyer Profile Email Lawyer
Scott Grabel is an experienced trial attorney with a strong history of positive results in drug, murder, criminal sexual conduct, and DUI/OWI cases. He has successfully argued cases before the Michigan Court of Appeals and has appeared as a commentator on Court TV's Best Defense for analysis of a murder case. Recently he was a guest on the Morning Blaze with Doc Thompson. He has served as an adjunct professor at the Thomas M. Cooley Law School and as a mentor for the Ingham County Bar Association's Mentoring Program. He is proud to be rated as one of the 10... 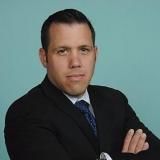 (1 Peer Review)
(800) 342-7896 2922 Fuller Ave., NE
Ste 211
Grand Rapids, MI 49505
Kent County, MI Criminal Law Attorney with 8 years of experience
Criminal, DUI, Juvenile and White Collar Crime
Western Michigan University Cooley Law School
Compare Save
Show Preview
View Website View Lawyer Profile Email Lawyer
Joseph Brugnoli has always been driven to defend and protect; first by serving in the in the Army in the 75th Ranger Regiment then as a police officer. Becoming an attorney felt like the natural progression for his future and he found that his law enforcement background served as an invaluable asset to his clients. His time in the Army paired with almost 11 years as a police officer has put him through just about every type of intense situation and taught him how to come out ahead. Battle tested and razor sharp, Joseph Brugnoli’s unique background allows him to...

Claimed Lawyer ProfileQ&ASocial Media
Brent T. Geers
Kent County, MI Criminal Law Attorney with 8 years of experience
(616) 965-6864 15 Ionia Ave SW STE 530
Grand Rapids, MI 49503
Free ConsultationCriminal, Appeals, Estate Planning and Family
Western Michigan University Cooley Law School
Compare Save
Show Preview
View Website View Lawyer Profile Email Lawyer
Brent Geers specializes in helping people empower those they trust and provide for those they love. Brent has been an attorney since 2012, working with individuals and families to marshal their time, talent, and treasurer for the benefit of their children, family, and community. He is a Grand Rapids Business Journal’s “40 Under 40” honoree, and currently operates his own practice, Geers Law. Brent is married to an educator, who employs his services as a chaperon for various school functions. He is also his daughter’s father – a girl who will become a president, not a princess. 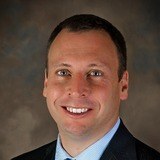 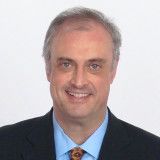 (1 Peer Review)
(800) 342-7896 2922 Fuller Ave., NE
Ste. 211
Grand Rapids, MI 49505
Free ConsultationKent County, MI Criminal Law Attorney with 26 years of experience
Criminal, DUI, Juvenile and White Collar Crime
Western Michigan University Cooley Law School
Compare Save
Show Preview
View Website View Lawyer Profile Email Lawyer
Mr. Samouris has been a part of the winning criminal defense team at Grabel & Associates for over a decade. During that time he has gotten favorable results for clients in an endless list of types and degrees of criminal offenses in counties all over the state of Michigan. Mr. Samouris credits his success with his client’s criminal cases to his thorough preparation and hardworking attitude. At Grabel & Associates, we understand being prepared is half the battle when getting the best possible results for our clients. Meticulous preparation along with exceptional knowledge and application of the laws that apply... 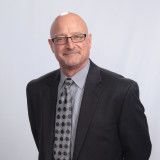 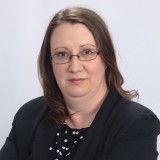 Claimed Lawyer ProfileSocial Media
Michael D. Hills
Kalamazoo County, MI Criminal Law Lawyer with 23 years of experience
(866) 978-9314 425 S Westnedge Ave
Kalamazoo, MI 49007
Free ConsultationCriminal and DUI
Compare Save
Show Preview
View Website View Lawyer Profile Email Lawyer
Michael Hills is a graduate of Michigan State University School of Law where he graduated with a cum laude distinction. After graduation, he was a law clerk for Circuit Court Judge Harry A. Beach in Allegan County. After serving his year clerkship for Judge Beach Mr. Hills opened his own practice in Kalamazoo Michigan. Mr. Hills experience runs the gamut of the criminal spectrum. He has handled numerous murder cases as well as a multitude of minor in possession of alcohol charges and everything in between, including both state and federal charges. Mr. Hills has extensive experience handling...
Next
Criminal Lawyers in Nearby Cities
FAQ Lawyers Get Listed