Claimed Lawyer ProfileOffers Video ConferencingSocial Media
Michael Joseph Wilson
Lincoln, NE Criminal Law Lawyer with 16 years of experience
(402) 466-8444 6940 O Street
Suite 400
Lincoln, NE 68510
Offers Video ConferencingVideo ConfCriminal, Appeals, DUI and White Collar Crime
Michigan State University College of Law
Show Preview
View Website View Lawyer Profile Email Lawyer
Mike Wilson has devoted his career to protecting his clients, whether those clients have been charged with a crime or have been damaged by either negligence or intentional bad acts. Mike represents clients in criminal trials in both the State and Federal Courts, defending clients charged with everything from misdemeanors to murder. Of note are Mike’s results in the field of criminal appellate and postconviction practice, where he has obtained new trials for clients convicted of serious felonies, including both attempted murder and first-degree murder. Mike has argued many of these appeals before the Nebraska Supreme Court,...
Compare Save 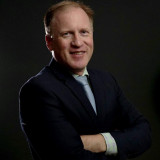