Claimed Lawyer ProfileSocial Media
Seth Morris
Seward, NE Criminal Law Attorney with 7 years of experience
(402) 466-8444 139 S 6th St
Suite 210
Seward, NE 68434
Criminal, DUI, Personal Injury and White Collar Crime
University of Nebraska College of Law
Show Preview
View Website View Lawyer Profile Email Lawyer
Seth Morris has a long successful history of protecting his client’s rights in the courtroom. Seth recently won a nationally-publicized criminal case where he earned an acquittal for a client wrongly accused of resisting arrest and obstructing a police officer. The case was one of the first in Nebraska in which cameras were allowed in the courtroom. 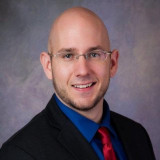 Claimed Lawyer ProfileSocial Media
John Stevens Berry Sr.
Lincoln, NE Criminal Law Attorney with 57 years of experience
(402) 466-8444 2650 North 48th Street
Lincoln, NE 68504
Criminal and Cannabis Law
Show Preview
View Website View Lawyer Profile Email Lawyer
John Stevens Berry, Sr. has appeared in court in 24 states and two foreign countries. Following his military service, he was briefly associated with the Henry B. Rothblatt Offices in New York in 1970 and 1971, where he tried a number of high-profile cases. He returned to Lincoln, Nebraska, in 1971 and has continued to have a regional criminal trial practice. In 1986, he was Civilian Defense Counsel in the biggest drug bust in the history of Japan. He has conducted seminars for practicing lawyers in Kansas City, Missouri, and Lincoln and Omaha, Nebraska, and has been invited to the...
Compare Save

Claimed Lawyer ProfileSocial Media
Carlos Alberto Monzon
Lincoln, NE Criminal Law Attorney with 28 years of experience
(402) 477-8188 1133 H Street
Lincoln, NE 68508
Criminal, DUI, Family and Immigration
Show Preview
View Website View Lawyer Profile Email Lawyer
As a Lincoln, NE criminal defense lawyer with a background as a Federal Defender, Carlos A. Monzón knows how to handle tough and challenging cases. He previously served on the Minority and Justice Task Force Implementation Committee, handling hundreds of cases before the United States District Court for the District of Nebraska. He is affiliated with numerous associations and organizations, including the Nebraska Hispanic Bar Association, the Nebraska Criminal Defense Attorneys Association, and the Child Guidance Center. He has been practicing law for more than a decade and received the Charitable Funds Visionary Award for improving the administration of justice...
Compare Save