Get help now! Aggressive representation in criminal cases.
I’m an experienced criminal defense lawyer and represent clients in all types of criminal cases throughout Nebraska. I will fight for you and your rights and help you through every step of your case. Read More »
View ProfileVideo Conferencing
Contact Now
View Website View Profile Call Email Lawyer Email Lawyer
Compare Save

Free ConsultationCriminal, DUI, Medical Malpractice and Military
University of Nebraska - Lincoln
Show Preview
View Website View Lawyer Profile Email Lawyer
The Law Office of Donald L. Schense opened in 1998. I earned my undergraduate degree in 1978 and law degree in 1982 from the University of Nebraska-Lincoln. Before opening my Law Practice, I held positions as an active duty Judge Advocate in the United States Air Force (Colonel, Ret.), Deputy Lancaster County Attorney, Deputy Douglas County Attorney, and Special Assistant United States Attorney. I retired from the Nebraska Air National Guard in 2009 after 25 years of service as the Senior Staff Judge Advocate assigned to Joint Force Headquarters for the state of Nebraska. I have a total of 33...
Compare Save

Offers Video ConferencingVideo ConfDouglas County, NE Criminal Law Lawyer with 19 years of experience
Criminal, DUI, Military and White Collar Crime
Creighton University
Show Preview
View Website View Lawyer Profile Email Lawyer
Berry Law has led fights against unjust prosecutions and government overreach since 1965. This team of warrior lawyers knows what it takes to win in the courtroom and beyond. John S. Berry Jr. helps his clients fight some of the most important battles of their lives. John has not only led successful teams in the courtroom, resulting in several jury trial victories, but has also led soldiers in deployments to Iraq and Bosnia. John personifies the warrior ethos that is the foundation for Berry Law’s success. Beyond the battlefield and the courtroom, John’s leadership experience extends to community organizations locally and...
Compare Save

Claimed Lawyer ProfileOffers Video ConferencingSocial Media
Michael Joseph Wilson
Douglas County, NE Criminal Law Lawyer with 17 years of experience
(402) 466-8444 1414 Harney St
Suite 400
Omaha, NE 68102
Offers Video ConferencingVideo ConfCriminal, Appeals, DUI and White Collar Crime
Michigan State University College of Law
Show Preview
View Website View Lawyer Profile Email Lawyer
Mike Wilson has devoted his career to protecting his clients, whether those clients have been charged with a crime or have been damaged by either negligence or intentional bad acts. Mike represents clients in criminal trials in both the State and Federal Courts, defending clients charged with everything from misdemeanors to murder. Of note are Mike’s results in the field of criminal appellate and postconviction practice, where he has obtained new trials for clients convicted of serious felonies, including both attempted murder and first-degree murder. Mike has argued many of these appeals before the Nebraska Supreme Court,...
Compare Save

Claimed Lawyer ProfileSocial Media
Seth Morris
Douglas County, NE Criminal Law Attorney with 7 years of experience
(402) 466-8444 1414 Harney St
Suite 400
Omaha, NE 68102
Criminal, DUI, Personal Injury and White Collar Crime
University of Nebraska College of Law
Show Preview
View Website View Lawyer Profile Email Lawyer
Seth Morris has a long successful history of protecting his client’s rights in the courtroom. Seth recently won a nationally-publicized criminal case where he earned an acquittal for a client wrongly accused of resisting arrest and obstructing a police officer. The case was one of the first in Nebraska in which cameras were allowed in the courtroom.

Free ConsultationCriminal, Consumer, DUI and Divorce
South Texas College of Law
Show Preview
View Website View Lawyer Profile Email Lawyer
I began as a Lawyer in Oregon with an almost exclusive criminal law practice. I relocated to Nebraska in November 2005 and began to focus on Family Law and Divorce and Juvenile Law. I also handle other civil types of legal issues. I have extensive litigation background and a successful history regarding criminal and family law outcomes.
While in Oregon, I was concurrently licensed in the State of Washington and in the DC Court of Appeals, and the US District Court for Oregon, and the 9th Circuit Court of Appeals.
...
Compare Save

Claimed Lawyer ProfileQ&A
Brendan Michael Kelly
Douglas County, NE Criminal Law Lawyer with 31 years of experience
(402) 455-1711 1904 Farnam Street
Suite 101
Omaha, NE 68102
Free ConsultationCriminal, DUI, Juvenile and Traffic Tickets
Creighton University, School of Law
Show Preview
View Website View Lawyer Profile Email Lawyer
I have been a defense attorney for the last 26 plus years. I'm currently licensed in Nebraska, Iowa and hold an inactive license in Colorado. I also handle matters in federal court. Give me a call to help with criminal defense, DUI/OUI, Family and Divorce law. We offer free friendly advice and will get your matter going for you. Put us in your corner.
Compare Save

Claimed Lawyer ProfileSocial Media
Justin B. Kalemkiarian
Douglas County, NE Criminal Law Attorney with 9 years of experience
(402) 466-8444 1414 Harney St
Suite 400
Omaha, NE 68102
Free ConsultationCriminal and DUI
University of Iowa
Show Preview
View Website View Lawyer Profile Email Lawyer
Justin Kalemkiarian knows people. With a bachelor’s degree in psychology, a Juris Doctorate from the University of Iowa, and a background in business development, non-profits, law, and foreign affairs, Justin has an intimidating arsenal of experience that’s crafted to help his clients’ lives and get them the best results, every time. Justin’s love for people has been the foundation of his career and the reason for his pursuit into law. After working in government and non-profit work, Justin saw how the rule of law can affect the everyday lives of people. Determined to bring justice into others’ lives, Justin began pursuing...
Compare Save

Criminal, DUI and Personal Injury
Creighton University School of Law
Show Preview
View Website View Lawyer Profile Email Lawyer
Michael J. Fitzpatrick graduated from Peru State College in 1993 with a bachelor’s degree in history. After graduation from Peru State College, Michael attended and graduated from the State of Nebraska Police Academy in Grand Island and worked as a police office for three years. It was during his time as a law enforcement officer that Michael decided to follow his passion and attend law school. Michael received his law degree from Creighton University School of Law in 2000. 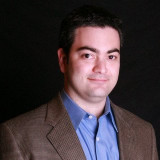 Claimed Lawyer ProfileSocial Media
Michael Poepsel
Douglas County, NE Criminal Law Attorney with 38 years of experience
(402) 346-2283 1905 Harney St
Omaha, NE 68102
Free ConsultationCriminal, DUI, Domestic Violence and Traffic Tickets
Creighton University School of Law
Show Preview
View Website View Lawyer Profile Email Lawyer
Michael Poepsel specializes in criminal defense and is committed to providing personal service for every case taken on. Of coarse, there is no substitute for our free, no-obligation, in-person initial case evaluation. We want welcome the opportunity to meet with you and your family, discuss your circumstances and assist you in determining your legal rights.
Compare Save 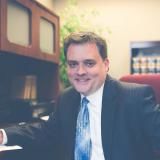 Claimed Lawyer ProfileSocial Media
Jeffrey S Leuschen
Douglas County, NE Criminal Law Attorney with 8 years of experience
(402) 957-2738 319 South 17th Street
Suite 700
Omaha, NE 68102
Criminal, DUI, Family and Juvenile
Creighton University School of Law
Show Preview
View Website View Lawyer Profile Email Lawyer
Jeff Leuschen is licensed to practice law in Nebraska and provides representation throughout eastern Nebraska. His practice is focused in the areas of criminal defense, family law, juvenile law, and civil litigation. He understands that whether you are charged with a crime, going through a divorce or custody action, or had someone breach a contract, that it is on the forefront of your mind. Whatever the issue may be it can be both mentally and emotionally taxing. Jeff will listen to your story and as your advocate strive to get the best outcome possible.
Compare Save

Claimed Lawyer ProfileSocial Media
John Stevens Berry Sr.
Douglas County, NE Criminal Law Attorney with 57 years of experience
(402) 466-8444 1414 Harney St
Suite 400
Omaha, NE 68102
Criminal and Cannabis Law
Show Preview
View Website View Lawyer Profile Email Lawyer
John Stevens Berry, Sr. has appeared in court in 24 states and two foreign countries. Following his military service, he was briefly associated with the Henry B. Rothblatt Offices in New York in 1970 and 1971, where he tried a number of high-profile cases. He returned to Lincoln, Nebraska, in 1971 and has continued to have a regional criminal trial practice. In 1986, he was Civilian Defense Counsel in the biggest drug bust in the history of Japan. He has conducted seminars for practicing lawyers in Kansas City, Missouri, and Lincoln and Omaha, Nebraska, and has been invited to the...
Compare Save 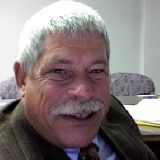 Perry received his Juris Doctorate (J.D.) from the University of Nebraska-Lincoln (UNL) College of Law in 1998 and Bachelor of Arts (B.A.) in Political Science in 1994 ( UNL). He also holds a...
Compare Save
Next
Criminal Lawyers in Nearby Cities
FAQ Lawyers Get Listed