Claimed Lawyer ProfileQ&ASocial MediaResponsive Law
Tommy Kellis
Havelock, NC Criminal Law Lawyer with 15 years of experience
(252) 444-4989 205 Wolfcreek Professional Park Center
Hwy. 70 W
Havelock, NC 28532
Criminal, DWI, Family and Traffic Tickets
Western Michigan University Cooley Law School
Show Preview
View Website View Lawyer Profile Email Lawyer
North Carolina attorneys handle criminal, injury, immigration and family law cases
How you confront a legal challenge can affect the rest of your life. To protect your rights, you need a knowledgeable, assertive attorney who won’t back down in the effort to deliver a successful result. For over a decade, the Carolina Law Group in New Bern has provided high-quality legal representation to a diverse group of North Carolina clients. Whether you have been charged with a crime, injured in an accident or need Immigration or family law counsel, our firm will give you the strong advocacy and personal service...
Compare Save

Claimed Lawyer ProfileQ&A
Philip J. Clarke III
Morehead City, NC Criminal Law Lawyer with 22 years of experience
(252) 222-5252 534 North 35th Street, Unit I
Morehead City, NC 28557
Free ConsultationCriminal, Traffic Tickets and White Collar Crime
Campbell Law School
Show Preview
View Website View Lawyer Profile Email Lawyer
"Give me liberty or give me death." I get that. Over the last 20+ years, I have represented many many clients, young, old, all walks of life, charged with crimes (some rightly, some-wrongly, some both) For many, their quality of life is suddenly gone, because they are incarcerated, and cannot make bond. For those folks, the powerful and slow machine that is our legal system begins its punishment long before any guilt is proven-- the accused is isolated, and their ability to help themselves is very limited, perhaps especially in finding a good lawyer. If ...
Compare Save

Claimed Lawyer ProfileSocial MediaResponsive Law
Edwin M. Hardy
Washington, NC Criminal Law Attorney with 33 years of experience
(252) 975-3010 2011 W 15th St
Washington, NC 27889
Free ConsultationCriminal, Bankruptcy, Consumer and Domestic Violence
Wake Forest University School of Law
Show Preview
View Website View Lawyer Profile Email Lawyer
EDWIN HARDY has been practicing law for over 31 years. With more than 30 years experience at bankruptcy, he has over 3000 bankruptcies successfully filed to help people. He is a former member of the N.C. General Assembly as a State Representative in the N.C. House of Representatives where he served as Chairman of the Judiciary Committee. He has served on the N.C. Courts Commission and the Governor's Crime Commission. He is a past Chairman of the Board of Trustees of Beaufort Regional Health Systems which operated Beaufort County Medical Center. He has also served as President of the Beaufort...
Compare Save 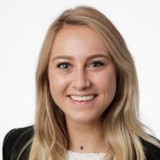 Criminal, DWI, Divorce and Traffic Tickets
Drake University Law School
Show Preview
View Website View Lawyer Profile Email Lawyer
Kevin E. Heckart was born in Des Moines, Iowa in 1961. After graduating from Wentworth Military Academy he enlisted in the U.S. Marine Corps Reserves in the Spring of 1979. Kevin then continued to serve in the USMCR achieving the rank of Corporal while attending Drake University (B.A. – 1983). Before graduating from college, Kevin was accepted into the PLC program for prospective Marine Officers, completed the training and was Commissioned a 2nd Lieutenant in May, 1983.
After college Kevin attended Drake Law School (J.D. – 1985) and, upon graduation, the Basic School for Marine Officers in Quantico, Virginia and further...
Compare Save 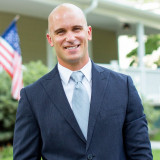 Criminal and Military
University of Baltimore
Show Preview
View Website View Lawyer Profile Email Lawyer
Over the years, Mr. Thomas has earned a reputation for being one of the best military defense attorneys in the country because of his successes litigating and trying some of the most highly publicized military cases. Mr. Thomas focuses on defending clients at court-martials, as well as, administrative separation hearings in the military justice system. Mr. Thomas also represents clients facing state and federal criminal charges in North Carolina. What sets Mr. Thomas apart is that he has experience from every angle in the courtroom and the ability to try any case that comes across his desk. Before starting his...
Compare Save 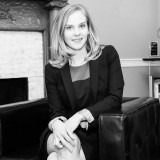