Claimed Lawyer Profile
Joel C. Harbinson
Taylorsville, NC Criminal Law Attorney with 40 years experience
(828) 632-4264 70 East Main Avenue
P. O. Box 400
Taylorsville, NC 28681
Free ConsultationCriminal, DWI, Divorce and Family
University of North Carolina - Chapel Hill
Show Preview
View Website View Lawyer Profile Email Lawyer
Joel C. Harbinson attended the University of North Carolina at Chapel Hill and graduated in 1977 with an A.B. degree and from the University of North Carolina at Chapel Hill School of Law in 1979 with a J.D. degree. He has been self-employed since 1979 as a criminal, domestic, and personal injury attorney in Taylorsville. In addition, Joel is a certified mediator in Superior Court cases, receiving accreditation from the N.C. Dispute Resolution Commission in 1998, and is a certified arbitrator in District Court cases. Joel is the former President of the 22nd Judicial District Bar Association (1987-1988, 1999-2000) and a...

Claimed Lawyer ProfileSocial Media
Matthew D. Byerley
Taylorsville, NC Criminal Law Lawyer with 9 years experience
(828) 635-0098 171 Main Ave Dr
Taylorsville, NC 28681
Criminal, DWI, Family and Traffic Tickets
Elon University School of Law
Show Preview
View Website View Lawyer Profile Email Lawyer
Matthew Damon Byerley was born and raised in Alexander County, graduating from Alexander Central High School in 2003. Matthew is a 2007 graduate of The University of North Carolina at Chapel Hill, with a Bachelor’s degree in Sociology. He obtained his law degree from Elon University School of Law in 2011. While at Elon Law, Matthew concentrated his studies in general practice and litigation. He became a licensed attorney in North Carolina in August 2011, and has been practicing in Alexander and the surrounding counties since that time. Matthew and his wife, Catherine, also an attorney, reside in Conover, North...

Claimed Lawyer ProfileSocial Media
Edward Lawrence Hedrick V
Taylorsville, NC Criminal Law Lawyer
(828) 228-2398 22 W. Main Ave.
2nd Floor
Taylorsville, NC 28681
Free ConsultationCriminal, DWI, Divorce and Traffic Tickets
North Carolina Central University School of Law
Show Preview
View Website View Lawyer Profile Email Lawyer
Edward, a Taylorsville native, knew from a young age that his calling in life was to be an attorney. Some of his earliest memories involve watching his father at his law office. Over the years, his desire to help others through legal work has only grown stronger. Edward is a third-generation lawyer, and it brings him immense pride to practice in the same building as both his father and grandfather before him.

Claimed Lawyer ProfileSocial Media
C. Jason Ralston
Statesville, NC Criminal Law Attorney with 18 years experience
Statesville, NC 28677
Criminal, Divorce, Family and Traffic Tickets
Cumberland School of Law, Samford University
Show Preview
View Website View Lawyer Profile Email Lawyer
Jason is a 1993 graduate of Oak Ridge Military Academy. From there, he attended The Citadel, the military college of South Carolina. He earned his Bachelor of Arts in business administration in 1997. Jason attended Cumberland School of Law, at Samford University, in Birmingham, Alabama where he received his Juris Doctorate in 2000. He has been a member of the North Carolina State Bar since 2001. Jason has practiced law full time in the Iredell County and surrounding areas since 2001 and joined the firm of Gottholm, Ralston and Benton, PLLC in 2014. Jason practices primarily in...

Statesville, NC 28677
Criminal, Business, Estate Planning and Family
University of Alabama School of Law
Show Preview
View Website View Lawyer Profile Email Lawyer
Matthew attended North Carolina State University and graduated Magna Cum Laude in 2002 with a Bachelor of Arts in History and from the University of Alabama School of Law in 2006 with a Juris Doctorate. He is a partner at Gottholm, Ralston and Benton, PLLC since the firm’s inception in 2014, and was a partner at The Law Offices of Benton & Welborn, PLLC from 2006 until 2011, and The Law Offices of Gottholm, Welborn and Benton, PLLC from 2012-2013. Matthew’s practice primarily focuses on family law, criminal law and civil litigation. Matthew is an experienced litigator, and tries...

Claimed Lawyer ProfileSocial Media
Hon. Martin J. Gottholm
Statesville, NC Criminal Law Lawyer with 27 years experience
(704) 878-0757 117 N. Kelly Street
Statesville, NC 28677
Criminal, DWI, Domestic Violence and Traffic Tickets
Wake Forest University School of Law
Show Preview
View Website View Lawyer Profile Email Lawyer
Martin is a partner at Gottholm, Ralston and Benton, PLLC. In almost 20 years of practicing law, his experience includes roles as an assistant District Attorney and District Court Judge. Martin practices primarily in the area of criminal defense. He has represented clients on charges ranging from speeding tickets to first degree murder. Having been a former Judge and Prosecutor has brought Martin a varied perspective and wealth of experience as a criminal defense Attorney. That experience is both recognized by his peers and appreciated by his clients. You will find no one more zealous and committed to advocating on... 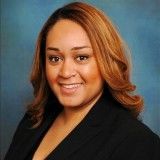 (1 Peer Review)
(704) 856-9502 130 W Kerr Street
STE 100
Salisbury, NC 28144
Free ConsultationSalisbury, NC Criminal Law Attorney with 3 years experience
Criminal, Cannabis Law, DWI and Traffic Tickets
North Carolina Central University School of Law
Show Preview
View Website View Lawyer Profile Email Lawyer
I’m from Salisbury and I’m proud to practice law in my hometown! I am the principal attorney at Stowe Law Firm, PLLC. I focus my practice on traffic violations, criminal law, intellectual property, and expungements. While in law school at North Carolina Central University School of Law, I served as the President of Phi Delta Phi International Legal Honor Society. Within the legal profession, I strive to be a “social engineer” for his community. As stated by Charles Hamilton Houston, “A lawyer is either a social engineer or a parasite on society A social engineer [is] a highly... 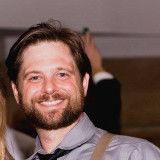 ADVANCE, NC 27006
Free ConsultationCriminal, Civil Rights, Medical Malpractice and Personal Injury
Florida Coastal School of Law and University of North Carolina School of Law
Show Preview
View Website View Lawyer Profile Email Lawyer
I will try any case, anytime, anywhere, if the cause is just. That is the motto I live by as an attorney. 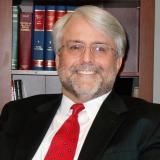 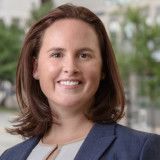 In 2006 Laura entered Wake Forest University School of Law and was granted the law Dean's Scholarship. While at Wake Forest, Laura excelled academically in all areas, but she particularly...

Concord, NC 28025
Free ConsultationConcord, NC Criminal Law Lawyer with 10 years experience
Criminal and DWI
Maurice A. Deane School of Law at Hofstra University
Show Preview
View Website View Lawyer Profile Email Lawyer
Mr. Olsinski went to law school with one focus, to become a criminal defense attorney. Upon graduation and moving down to Charlotte North Carolina, he spoke with other attorneys in the area and decided to open his own practice. He opened the firm in January 2010 and has been growing his experience and the firm throughout the years. Mr. Olsinski has successfully defended cases from B1 Felony First Degree Sex Offenses all the way down to Misdemeanor marijuana charges. He has been named a Top 40 under 40 Attorneys in North Carolina by the National Trial Lawyers as well as... 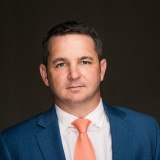